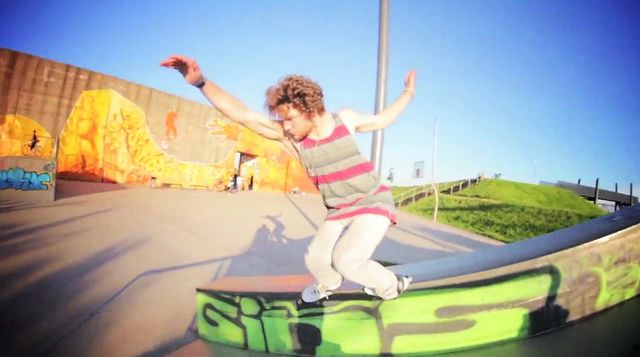 It all began on my birthday when I wanted to check my hips because I already noticed that there was something wrong with my thigh for years. I was prepared for anything but not for that, haha. The doctor told me that I had a benign tumor, which was caued by several injuries that occured, which were the reason it couldn’t heal up properly. So I decided to be operated as fast as it was possible, which was a hard decision though, because I already planned some projects for the summer, that nearly started. After the surgery, the doctors told me, that they had to remove more affected tissue than they thought, so my healing process was extended from three weeks to two months of non-skating.

I never had to take such a long break in my entire rolling life, but I followed the doctor’s advice. After a month, the doctors told me, that everything healed up well and I could roll again, even though I had to wear protection. At first it was hard because the hip hurt a lot, but it was getting better and better thoughout the time. These clips are the first ones after the surgery and now something like four weeks old. I think I’ll get back to 100% in some weeks. Peace!