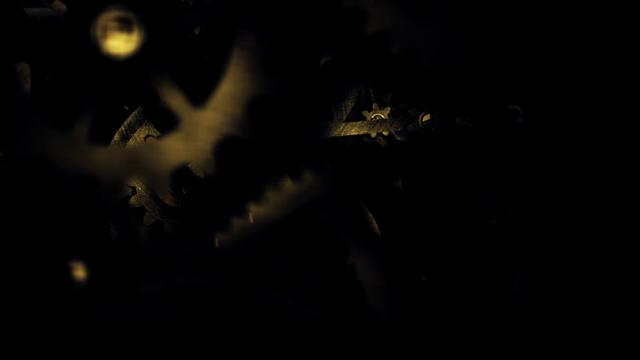 All year long in New York City, Rollerblading is filmed by cinematographers of all ages, simply to expose our scene and its unique following. In 2010, I took it upon myself to do the same and help the movement in the Tri-State area. Just like the rest of the other filmers in NY/NJ, I have my own responsibilities such as taking care of my family and working a full-time job in another state. When I first got involved in rollerblading, back in 2000-2004, I was the one being filmed by friends. Killing myself in order to get the clips. It was fun while it lasted but duty called so I was forced to stop.

When I met my wife, who is a big supporter of our sport, I started to have the urge to skate again. But when I strapped up the ol’ boots, I realized this isn’t for me anymore. Honestly, I just didn’t feel comfortable doing the tricks I used to do and took a breather from it for a few days while I wondered what to do. I thought about how I could really stay involved in the sport without skating. I found myself calling my old friend Lonnie P and I asked him if he would like to film for me as I was trying to start a brand called iMagyneThat. So Lonnie said he was down for what I was interested in doing and it all worked out in the upcoming months. I met good friends Tim Franken, Sean Grossman, Ryan Many, Pat Irwin, Sam DeAngelis and many more in this time. My idea turned into a small film titled “Extra Credit ” which was the basis of this new film.

In 2009, I thought of an idea for a new video that is called “Fitted”. In this video I would work with some iconic Rollerbladers who I think should shine in the NYC spotlight. They are some of the Tri-State’s biggest talents such as Ramelle Knight, Rafael Herrera, Dan Breuer, Trevor Johnson and Tim Franken. These guys killed themselves all year trying to meet deadlines and also avoid injury. I was 100 % sole producer of the entire film at this time. Responsibility ranged from filming to editing, to directing exact tricks to be done at what exact spots. It was insane how these guys keep saying F U Joe! I would continue to tell these guys to skate for my vision of a video and they did.

I was so happy with the results of all of these guys that we grew a bigger bound than just Director-Skater. So not only am I happy with the end result of “Fitted” but I also made some really great friends on this journey. IROLLNY’s Craig Benabu helped me so much by continuing to push my content through his blog site and Angelo Ferrer helped me out with making an article in his second issue of Art Of Rolling Magazine in 3D. These guys are only a few of the people working hard behind the scenes of NYC Rollerblading. Samuel DeAngelis has been a big asset to any or all success that I’m having because he is always down to help with his top of the line photography. Dan Fabiano of Scribe Industries and Con Artist Brand has done nothing but great things, helping me with contributing footage, filming with me, and even helped with project funding.

People from all over helped fund the project with the Kickstarter website and really inspired and motivated me to move forward with the production of the film. Good friends Ramelle Knight and Lonnie Pearson are two guys that when I’m down and out they know how to cheer me up and help me to continue doing what I love to do – expose Rollerblading. This has been a great trip down the yellow brick road for me and without these guys it wouldn’t have been possible.

It’s 2011 and I’m waiting to receive the DVD from the duplication center. Although this has been a great ride, I can’t help but to think, “What’s next?” I have been talking to my friends about new ideas on a bigger production level for my next video. I’ve been meeting with Navin Hardyal of Skeptic Media to partner up and discuss what our next video will be about. Also I have been talking to Flip The Script about being a part of this upcoming project.

I personally have to say it has been great to know that I have all of these talented guys to help put together a production. 2011 has been shaping up my life and those of others. Even it’s been good or bad, this year is helping me understand what I need to do. And what I need to do is film Rollerblading.

Check out the Fitted teaser and get yourself a copy once the video is out. Finest NY-blading!