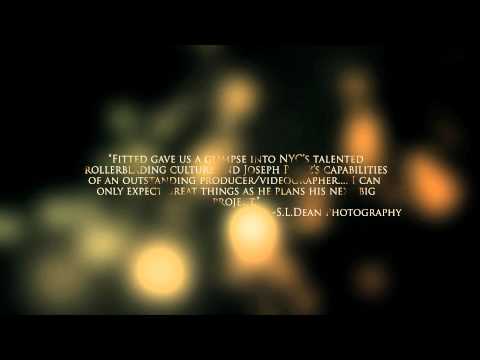 Text and photos by Shardy Nieves

Friday February 11th, 2011 had arrived and the majority of the Tri-State area’s rolling family was in attendance for the highly anticipated premiere of the film “Fitted”. The Millennium Theatre was packed with people who arrived as early as 7pm to get the best seats for the 8:30pm show time.

The Millennium Theatre which seats 100 people comfortably was now packed and ready for showtime. “Fitted”, which is the 2nd film from Joseph Perez and ImagyneThat.com, was compiled with some of the best talent that New York and New Jersey has to offer.

Before I begin I would like to add that we all have a difference of opinions on what we would like to see in skate films these days so these are just mine. The intro set the mood for the sections that would shortly follow down to the film reel countdown. Once the intro was complete the crowd was ready and anxious for more and who better to set it off than Ralphy Herrera.

Ralphy is one of those skaters that will never cease to amaze you with a trick vocabulary that would impress even the highest level of skater all without over compensating for style. I really enjoyed Ralphys profile and what he brought to the film however I honestly would have like his section to be a little bit longer but I still enjoyed it none the less.

Tim Franken, what can be said about Tim’s profile that hasn’t been said about his skating? This man is a beast and provided most of the hammers dropped in this film. I always enjoy watching Tim skate any obstacle put in front of him and his section received some of the loudest cheers of the night from the audience.

I had the pleasure of meeting Dan Fabiano last year at the W.R.S. World Finals and have only skated with him a handfull of times. To be honest I didn’t really know what to expect from his profile but I can tell you I was not disappointed. My exact thoughts after seeing his section was “This dude is pretty damn good”. Dan had on of the shorter profiles in the film but regardless I enjoyed it. All I will say is “Rough sweatstance” and I’m gonna leave it at that.

Since I’m on the topic of Dan’s, let me talk about Dan Breuer. I became a fan of Dan Breuer at the 2009 SMRSC contest in Jersey where Dan killed it all while skating with from what I was told a broken rib. Dan shows how much of an innovative skater he is by skating some of the most unique and creative obstacles in the film. Dan definitely has one of my favorite profiles in “Fitted”.

When it came to the profiles of Jose Henriquez and Trevor Johnson all I could say was “Wow”. These two killed it with technical switch-ups, gaps and all around great skating. Jose is one of NYC’s up and coming talents that has great potential and if he sticks to what he’s doing, he will be one of the future skating icons in NYC. If you do not already know, Trevor hurt himself while filming his section for “Fitted”,  but from watching his section it does not feel incomplete. Hopefully Trevor is on the road to a quick recovery and we will see more of him soon enough.

Last but certainly not least is Ramelle Knight. Ramelle dedicated his section to Brian “Cozmik” Scott, who was a rising talent in our scene that was violently taken away from his family and friends 2 years ago. R.I.P. Cozmik. Mel had a very fast paced section full of everything that you would expect from the Bronx native. I have been fortunate to witness his progression in our sport and feel a new Ramelle Knight profile was long overdue. If you have never seen him skate, this is a section that could make you a fan and for those of you who have followed Ramelle will not be disappointed.

Like I previously stated, we all have a difference in opinions on what we would like to see in a skate film and this film is a product of the vision that Joseph Perez and Imagynethat.com have. However, I would have liked to see more on each individual skater, the mental and physical preparations that were taken for filming their profiles. Although enjoyable, I did not understand the use of some of the profile transitions in the film but that’s just me.

Overall I enjoyed “Fitted” and the turn out for the premiere was amazing. It’s great to see the support that we have for one another in our industry and I hope this keeps up for the future. The first show was sold out in minutes which created the need for Joseph to rent out the theatre for an additional viewing. Joseph and the team of ImagyneThat were more than satisfied with the turn out and reaction with the crowd.

The hard work that not only Joseph but the entire crew who filmed for “Fitted” put in was definitely captured in this film and I wish ImagyneThat much success. There is a Bonus section but seeing as it’s Bonus, you will have to buy the film to find out what’s on it.

The after party for the premiere took place at Billy Hurricanes which brought out the 21 and over crowd to celebrate the way us New Yorkers do best. ImagyneThat has provided us with a video review of the premiere which I have linked below. If you are looking for a film that represents the Tri-State area and 8 of it’s finest rolling talent, then “Fitted” is a must own for your DVD-collection.

Michelangelo Gonzalez got himself some “Fitted”

This is the final trailer released for the already available “Fitted” DVD brought to you by iMagyneThat. The hype has been very well documented and understood that “Fitted” is one of the better NYC videos to date. Fans can only compare to such great films as “Nickle and Dime”, “Live From NYC” and the B-Unique films.

The film features 35 minutes of profiles and montages from the talents of Ramelle Knight to Tim Franken and montage footage from Franco Cammayo to Julian Flanders and a great deal more. The video is available worldwide and for those whom seek a copy in the US those who carry it in stock include AggressiveMall.com, TristateSkate.com, Rollerwarehouse.com, InlineWarehouse.com, Blades.com, NeglectedTruth.com, Bakerized.com, eRolling.com, Be-Mag, Flatlines Skateshop, RadSkatePark and many more worldwide.