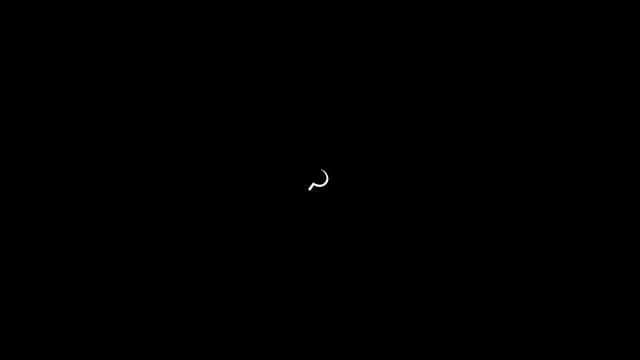 I read in a few forums that quite a number of people didn’t really feel the composition of the ‘GC.1’ trailer, stating it transported an overly dramatic flair. I can actually somewhat relate to the critique, but personally don’t mind the use of slow motion and catchy music. In fact, I often enjoy it and feel that if the combination of well cut shots, slow motion and a fitting music choice actually triggers an emotional reaction in the viewer, the producers have done a great job. Keeping this in mind the introductory commentary by Jon Elliott felt like a tasteful reference to the early Mindgame days, specifically the ‘BFG’ outro and the timeless dialogue of Shane Coburn and Dustin Latimer. It’s just my interpretation, but I like to think it was intended this way. While on one side reminding the viewer of the long way rolling has come since its early years, ‘GC.1′ also brings a whole new desire for quality standards in rollerblading flicks to the table. I can’t but compare it to recent snowboarding movies and have to say that I like how the GC guys have managed to answer the community’s expectations without comparable financial resources. The only other videos that I think have reached this high level yet are the Kelso brothers’ ‘The Truth’ videos – even though the editing styles are completely different which is great considering a growing diversity there. And maybe ‘Vine St’ by Dom West.

At this point of the review I’m kinda asking myself whether or not to go into detail on each individual profile, since everyone’s got to watch it for him-/herself to paint their own picture. I’ll just try and briefly put down what popped into my head whilst watching ‘GC.1’ for the first time, hoping to get those out there who haven’t watched the video yet to spend a few bucks on it.

The Latvian powerhouse and skater of the year might still be a new face to some, but has never failed to live up to the rolling world’s expectations ever since he put out his first online edit. Even though people have long accepted him as one of today’s roughest street skaters, he still seems to carry the urge to never let people forget about it. Sporting a cast in almost 50 % of his profile he just won’t ease up on the craziest drops, gaps and disasters

Alex’s section actually positively surprised me a fair bit. Obviously, I knew him for his relaxed street skating and signature truespin top souls, which – in my opinion – are among the most stylish in the game, but hadn’t seen a single mayor video section of him. In the past I had thought of him as a smooth rollerblader who knew how to make his rather limited trick vocabulary look ok-good. Well, his profile sure taught me a lesson! I’d like to use this opportunity to comment on a recent discussion about whether or not Alex Burston is deserving of his first pro skate: Maybe Alex hasn’t been around for exactly as long as other veterans in the industry, but his dedication to rollerblading and his skills can’t be denied. He travels the world, competes in mayor comps and continuously strives to improve himself. If you’re still in doubt, I highly recommend you watch his section. Oh, and nope. He doesn’t have a switch foot!

What is there to say about Gabriel Hyden? Every time he puts on his skates it’s like he’s out on a mission to disprove the cliché that tall rollerbladers are bound to have a sketchy style. His rolling sticks out from the mass and while being among the point men of the rock movement in rollerblading, I’m glad that he’s never given up on his obvious love for well executed backslides and perfect torques on the toughest spots in exchange for short soul grinds on foot long curbs. Hyden’s section is an eye opener. I promise.

Damien’s part is just what you’d expect from him. His crazy Indian flips and hand plant maneuvers are one of a kind. After some critics have gotten their knickers in a twist about how Damien doesn’t seem to take his role as a pro seriously enough, it appears as if his profile and the song used in it are meant to underline his two cents on rolling once and for all. He doesn’t care what people think! It is just this self conscious attitude that has made him the Santee icon he is today and hopefully will continue to be for us to enjoy.

It’s hard to put into words how very much I have been looking forward to finally feast my eyes on a new Chaz Sands section! I always feel that people are forgetting just how good and how much of a well rounded skater he really is. Ever since he’s been a part of the Salomon team his skating has never ceased to amaze me. His love for rollerblading is unquestionable and he’s remained an active and loyal supporter of the scene since forever. Unfortunately Chaz had to face a lot of injuries during the last few years, which pretty much made it impossible for him to film for a proper section until ‘GC.1’. Be prepared to watch an even better Chaz Sands as he has managed to complement his amazing rail skating with his refined and even more spectacular park skills he is now taking to the streets. Check out his section and see a legend at work.

After already setting the bar high with his ‘Game Theory’ section, Julian has done it again and came through with yet another amazing profile. I don’t think there’s all too much to write about his part than that the kid’s got balls and is constantly getting better and better. About the ender: That is one Feinberg-ish move!

I got to admit straight away that I’m a fan and have been ever since Joey Chase made his first appearance in the rolling world. His skating is raw, sometimes almost brutal. I mean, I don’t want to label the man a masochist, but he obviously doesn’t give a rat’s ass about falling and falling hard! Still, we’ve already known that about him for a long time, which is why I’m thrilled that his ‘GC.1’ section doesn’t only highlight his inhuman fearlessness, but also the incredibly tech side to his skating! Since I am entitled to my own opinion, I might go ahead and say that his is my favorite section.

Brian Aragon is – without the slightest doubt – one of the most skilled people to ever put on a pair of blades. He has proven this many times, be it as a competitor in countless competitions or by busting out one amazing video section after the other for almost a decade. His performance in ‘GC.1’ is no exception from the Prince’s rule. Those who love his skating will do so even more and even those who don’t will respectfully touch their hats to him or be converted immediately.

What else is there to say about ‘GC.1’? Everyone out there who’s got an interest in keeping his video collection updated and complete should make sure to get his/her hands on a copy. Once you’ve unwrapped the foil cover you’ll be holding one of the best productions of the last years in hands. The rolling depicted is diverse, tough and often mind boggling. And as if that wasn’t enough, there is a lot of bonus material to be discovered, too. I won’t go ahead and spill the beans here, but the “nights” sections are probably what had the GC folks put the explicit content warning on the vid. Get it, enjoy it and cherish it.