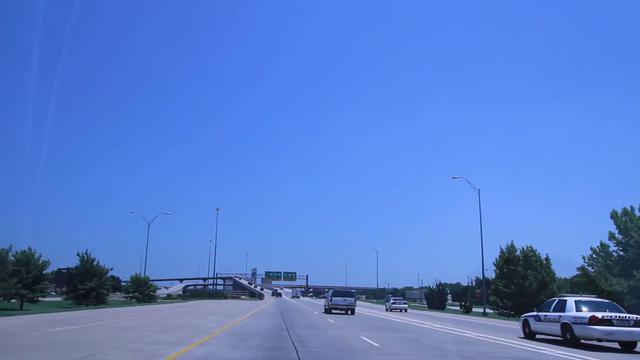 1. Can you shed us some light on how long you’ve been skating for and what got you into shredding on aggressive skates?
I have been aggressive skating for 12 years now. I got my first pair of recreational skates at age 6, then went the hockey skate route a few years later (rollerblading all together for 18yrs). I spent a lot of time as a kid at a local skating rink, one day they built a cheap skate park in the back and it instantly got my attention. I saw Levi Plies (Austin, TX OG) doing soul grinds and royales and I was sold! I started learning to drop in on ramps and do spine airs with hockey skates for months until I got my first pair of Oxygen aggressive skates. I would skate over to the skate park every day after school and stay until closing time. Once I started seeing ASA events on TV my eyes were opened up to street skating. They would always have a profile segment and usually would be footage of them street skating. The first one I saw was Aaron Feinberg’s, then Louie Zamora’s a few months later and they were amazing clips from VG 14. After that I was motivated and dedicated to only rollerblading.

2. What do you think blading needs today to properly propel our sport to the masses?
I think we need more supporting pros out there spending time with the kids for one. Rollerblading took a fall when everyone but a few OG’s went through the girl pant/rocker/gothic phase back in 04/05. It changed the way outsiders looked at us and the image was not good. Along with that phase came a difference in skating tricks that were boring to most viewers. Now some people just have that style and they hold it down, but for the rest it was almost embarrassing at times, never seen so many ass cracks. To gain popularity you have to have the right image and role models behind the sport. I think it has improved greatly over the years and that we are back on track after our fallout.

3. Would you ever consider taking up skateboarding?
Actually, I gave skateboarding a shot before I discovered aggressive blading. Never got pass ollies and occasional noseslides on slick curbs. As far as now, no I wouldn’t even think about it. To me there is nothing special about it, just a sold out sport that has way too many posers. If you go to a skate park and see a rollerblader you know that he is doing it because he loves the sport and wants to progress. Most kids get into skateboarding as it is a trend that everyone is exposed to in schools/television.

4. What is the sickest “action-sport” out there?
Aggressive Rollerblading, and Pat Leal’s treddyness blading!

5. Do you have any advice for all the new generation of bladers coming into our sport that are looking to get sponsored within 3 years of blading?
Yes, first do your research and learn your roots, know that it isn’t all about how many ballerina spins you can do to a grind. Get your basics down first, mold your style, then once you have full control of everything go ahead and spin to win! Push yourself everyday to learn a new trick or perfect ones you can already do. Defiantly try to learn everything switch, it opens up more switchups and skate spots for you. Never give up!

6. Pure style, creativity aka mushroom blading, or straight hammers? What are your preferences?
Currently I prefer just doing what I feel. Growing up in the sport I seeked hammers, mainly on drop rails, but for the most part I have tried to do things that you just do not see often if at all. I consider myself very “tech” and “solid”. Either way I make sure I have fun whether I am just skating park ledges or a steep down rail. My biggest thing now is to learn everything switch, whatever I can do regular I have to be able to do switch. Some people don’t realize when a trick is switch even if you put them side by side, but I still do them for me. Jaysin Williams is someone you have to watch out for when it comes to switch tricks as well, pay close attention to his skating.

7. What is your favorite thing about blading and why do you continue to skate today?
There is so many ways to answer this question but I will list what comes to mind first. I like how no matter where you are at you could throw on a pair of skates and find something to skate. Even if you have nobody to skate with, I find it very therapeutic at times. Sometimes it can become stressful when trying a hammer or new trick over and over, but the feeling after you lace it is amazing. You can do whatever you want, the possibilities are endless. Rollerblading is like a separate community to where everyone is best friends even if you have never met them. You can literally call someone up, tell them you are coming into their city to skate, and they will give you a place to stay. Even after all the years of “not being cool” because I don’t skateboard or play football/basketball/baseball like everyone else, being made fun of and called a fruit booter, etc. I will still continue to skate for as long as I can because of how much love and dedication I have for the sport.

8. What do you think of sponsorship? How many sponsors have you had in the past? Would you still continue to skate as hard even without a sponsor today?
I love the idea of sponsorship and would do anything to have the privilege of having one again. I was on RB flow for 4 years but with the demand of my corporate position with Genghis Grill, a major restaurant chain out of Dallas, I was unable to pull my weight as a sponsored skater for the year of 2009 and Tom had to make a smart business decision by removing me from the team in November. I still have much respect for Tom Hyser and Richie Velasquez, they have both done a lot for me. I was unable to do anything in 2009 skating wise, when I did have some extra time I would shoot over to a local skate park for an hour but that’s it. Since then I have took a different role at Genghis Grill that does not require as much hours and time spent traveling so I have plenty of time to skate as much as I can and am fully dedicated. I am still sponsored by Skatepile skate shop. I currently do not have a skate sponsor. Honestly, I skate hard now and still push myself but when you have a skate sponsor you get a huge motivational push to skate even harder! My overall goal as of now is to get more kids involved in the industry and help coach them to get better and push them towards supporting the brands that support me. It seems as if there is not as many younger kids in the sport as there use to be.

And here we go with a sweet edit to his lovely interview. And by the way:It´s his birthday today. So Happy Birthday Kendall!