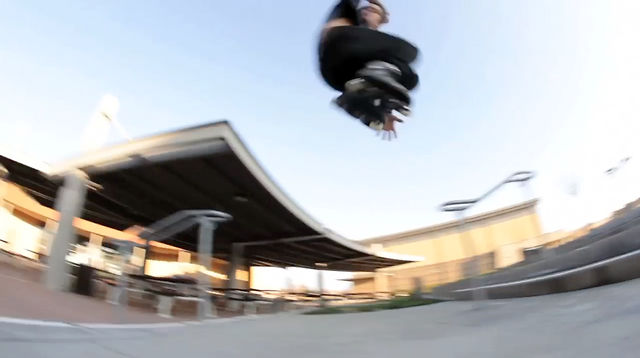 Occupation: I’m a senior at University of California, Davis, and I produce multimedia for a rural development NGO.

Best moment in rolling… ever: Summer evenings feeling exhausted, sunburnt, and making a BBQ with my posse after multiple California skateparks. It’s less about that one pinnacle moment for me, more about the accumulation of good times on and off blades that inform my character.

If you had a time machine, when and where would you travel? I would go hang with my dad in 70’s NYC.

Favorite kitchen utensil and why: French press for good coffee.

What would you do for $10,000? I would work for several months. If I just came up on 10k, however, I might buy some camera gear then sit on the rest.

Worst date you’ve ever been on: Dances in high school: too much makeup, corsages, whack girls. Shit’s serious in Texas though.

Top 3 places you want to visit next: Cuba, Havana and the countryside, return to Obregon in Northern Mexico to see my friend Carlos Felix, Barcelona for its many banks

What do you don’t like about yourself? I can be too hard on myself. Also, I have trouble getting used to new blades.

Your plans for the future: I’m graduating in June so I’m looking forward to more regular hours and time for blading, cooking, and researching my next move. Also, I had shoulder surgery a year and a half ago but just re-injured it (dislocation), so I’ll be doing a lot a therapy on it.