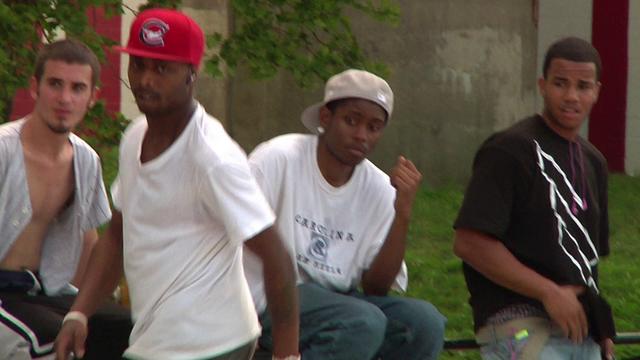 Featuring Ramelle Knight, Rafael Herrera,Evan Grimball and Lonnie Pearson. Ok Joe Perez Here again trying to show you guys some stuff before our release of Fitted. Now Check it, we are not really able to release our street footage because its exclusive to our upcoming video. So we film street in Maloof. Maloof is in the heart of queens and it is were a skateboarder won 100,000 dollars to kickflip a nine step gap. Unfortunately I was unable to film the boarder who’s leg emulated jello when he tried to gap the 9 step gap yesterday but I do have this exclusive Freestyle Rolling session. P.S. BOARDERS BEWARE This was actually worth being on tv and winning money over. Fun To Watch. Now I present to you MDOW Enjoy NY and Others.