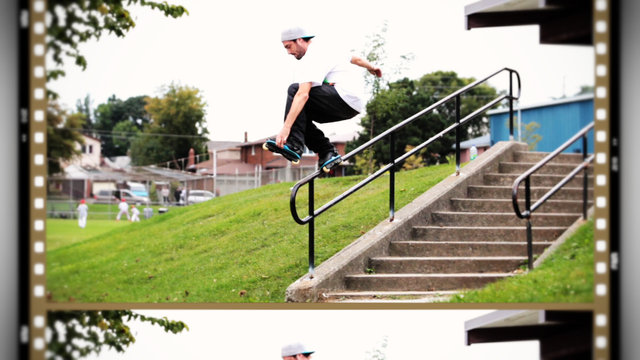 Growing up skating with the likes of Mike Lukewich, Nicky Adams, Jon Bergeron and Matt Donald, Brandon learned what skating and style was all about at a very early age. And while most of us had no idea our sport existed he was road tripping to classic skate spots like Brooklyn banks as early as ’96.

Always in a great mood and always hilarious, this kind of figure is what our scene was lacking while he took some time off his blades to persue other life avenues in the mid 00’s. But when I got a message from him early last spring saying he had just picked up some new skates and was heading to the park to warm up I was there in a heartbeat. And like magic his skills were as polished as they were years before. I was the happiest kid that day because I knew the coming season would be the best yet.

Thank you for coming back, Brandon!

Amazing profiles coming in every week from the guys at http://rolltoronto.ca. We can’t wait for the Mike Lukewich joint coming at us in seven days!

Check out the previous features of “Picture Me Rolling” on Be-Mag here: