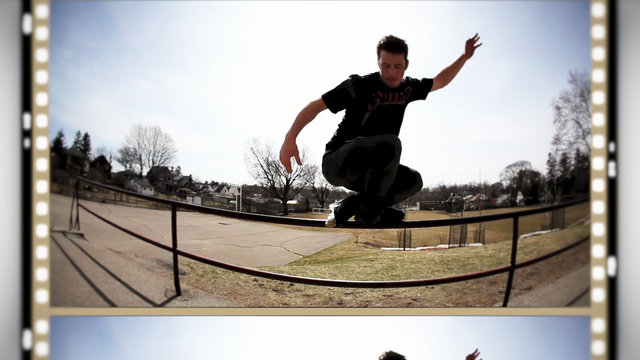 Guy is 30 years old and he refuses to fall into the stereotypical routine of growing old fast. He is out there two or three days a week with his skates on. Half pipe or hand rail there’s never a complaint.

Like a true professional, Guy Crawford has been a huge encouragement to Canadians since first stepping foot off his British Airways flight in 2008. After a few visits and meeting his present day wife, Guy decided to make Canada his new home.

Since those days I’ve watched the scene here in Toronto be built back up from its ruins. New faces were becoming frequent at sessions and some who thought they were done with their skates realized they did not have to hang them up just yet. The timing was perfect, Toronto needed to realize that growing up did not mean quitting what you love to do.

It’s been a great journey so far with the guys from Canada. We’re looking forward to Brandon Kaplans profile next Friday. In the meantime visit http://rolltoronto.ca to get the latest news about the scene over in Canada.

Check out the previous features of „Picture Me Rolling“ on Be-Mag here: