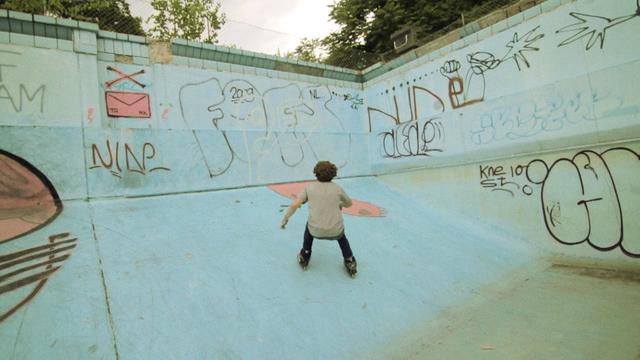 I recently started studying film & photography at the FH-Mainz and really hoped to have the opportunity to work with real film instead of digital because we are all tired of seeing so much DSLR-footage these days. People are going backwards and start filming with VX2100’s again which is pretty cool in my opinion. However, my edit is entirely filmed digitally with Canon DSLRs and my Glidecam and still came out pretty good.

Thanks to Thomas Wolf and Dennis Volkmar whom where involved with the graphic animation and the music, as well as all my buddies for their badass blading. And my girlfriend, of course!