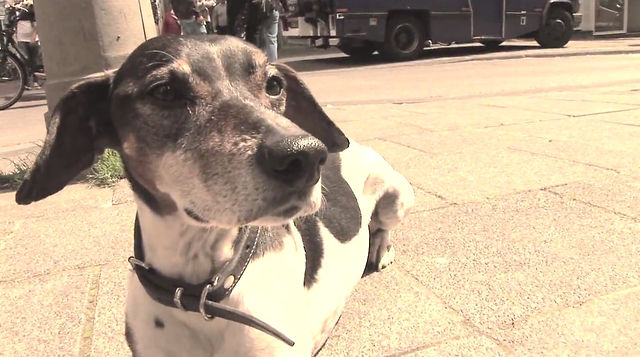 'The Breakfast Club' in the Mind of Prins BernHARD + Leftover Edit

Clips of Emos in Holland, clips of Germans in “ze Germans land”, clips of pro skaters in the United States of Obama, clips of hipsters in Paris and yes, even clips of some hobos in a convertible in the countryside of Belgium. And he did that all… for breakfast! The Club…

He made making this DVD a team effort and never went anywhere on his own and for the film he crashed at skater homies’ homes. Doing the things we Frootbooters love the most: Hang with friends, skate with friends, travel with friends and party with friends. That is what this film represents. Something you can find in the storyline of this DVD, but also in the people that worked on the DVD.

Us as skaters can do some individual things, but in the end we’re a team. Some people you like, some people you don’t. But still, a rollerblader will be hyped just like the next blader when there is a new spot, a new skatepark or a new all-you-can-drink bar. You don’t have to be excited all together, but if you skate – you probably know what I am saying. The same thing goes for being in detention or jail. Since detention was about 50 % of my high school time and I have seen a lot of “Gangland”, I know what’s up!

Even if you’re not excited about the skating and the way the skaters life is portrayed then you’re still gonna love this DVD! Because if you do not love rollerblading, you’re gay! And if you’re gay, you’re gonna have a lot of wanking material. At least that is what Marnix Haak told me. Marnix is one of the skaters in the movie and assisted Cavin Brinkman on this project. Not only did he help editing, producing and filming. He handpicked all of his own costumes, did hours of research on them, even postponed appointments for hours, days and months because he couldn’t find the right scarf to match his UGGs. Yeah, a lot of effort went in to his selection of clothes, shoes, setup, pants, hat, underwear, mascara and tiara. Too bad not all scenes made it to the flick. That’s the only minor fault in this movie. I think he should have been the princess of ‘The Breakfast Club’.

I don’t want to give too much away, because I didn’t know anything about the movie when I was watching it and I was blown away. The quality of the story, the idea and the image hit me unsuspectedly hard and I think that is one of the key factors that made this film into a good one. I mean, when I tell who is the bad guy in ‘Usual Suspects’ in the beginning of the movie, I screw up the experience of watching it. Yeah, ‘The Breakfast Club’ is a different film, it’s like ‘Pulp Fiction’ after years and years of Disney and James Bond movies. This DVD is not your average trick to trick, trick, trick, line, trick, trick, profile, montage skate flick. This DVD is a skate DVD that has avatars in a real film. It’s like David Cameron did it with ‘Avatar’, but Cavin did not do it with 3D-smurfs and a semi-intellectual message. He did it with some badass eighties movie and top of the line skating craftsmanship.

You will not hear songs made by an obese ex-prison guard in this video. Nope, this ain’t about rented diamonds, G4’s and Maybachs. This is about you, the rollerblader. It’s about thinking, it’s about acting, UGGs, tiara’s and the 80’s. It’s about Obama, it’s about change! It’s about fucking ACTA in its ass. And I salute Cavin and the people that made this DVD for it. Some real Prins Bernhard, 035, HDP shit!

So Cavin, thanks! Skaters in ‘The Breakfast Club’, thanks! And thanks Prins BernHARD! Oh, and… I heard Cavin is coming up with a new flick. Do you wanna be in it? Do you wanna be a groupie? Are you a vegan? Are you against dolphin slaughter? Do you own a dog? Or do you just want to have another skate related website in your favorites? Check out ‘The Void’.

“Life can be a challenge, life can seem impossible but it’s never easy when there is so much on the line.” -Herman Cain, Pokemon admirer