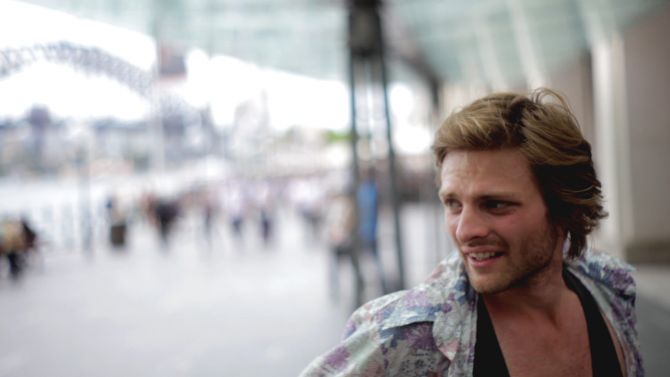 Thoughts on 'Long Time, No See' by Craig Smith

You can watch ‘Long Time, No See’ by Craig Smith on Be-Mag here.

Matthias Ogger narrates a beautifully put together edit of himself; while there is also some melancholic music playing away in the background. The clips themselves do not instantly suggest you typical skate edit, but also not the more artsy edit we have come to know over the past few years. The clips are personal and juxtaposed perfectly with the narration. As Matthias tells us about his history with the sport, the efforts put in and the distractions that come up, we see him skate freely and fluently, sometimes failing and re-trying, but always getting up with a smile.

The narration has a conversational quality; the hardships of being a professional are talked about without bitterness, while an overwhelming feeling of freedom is imparted. It is a coherent and lucidly presented insight into our current culture, its problems and it’s qualities as an art form.

Matthias expressed to me some of his opinions on the liberty granted by the sport; “We do have the freedom to skate whatever we want to skate as rollerbladers. There are no rules in terms of what you can skate and what not; skating to me is like an art form. It is – or can be – whatever you want it to be.”

While talking to Craig Smith, I asked him if he thought more money in the industry would have an effect on the individualist nature of blading; “I don’t believe that it would redefine or alter our image, we have worked too hard to let that happen. For example, if a company with no previous history with rollerblading, like Nike, started affiliating with people like Jon Julio, Brian Shima, or Chris Haffey they would listen very carefully to their ideas and take into consideration their interests, and bring out a product that’s targeted at what is already there. If they took a step wrong in the industry, they would hear about it. In all honesty, if rollerblading was thrown back into the limelight, we would all be much better off for it, our pros would actually make money, we would be able to make higher budget videos, and people won’t give you those weird looks in the street for rollerblading around.”

Perhaps what is most apparent in the video is how skating takes a grip of your life. For the part timer it’s not a big deal, it’s something to fill the free time. For a pro though, it equals some amount of sacrifices, as Matthias mentions: “Skating has affected my life way too much! I always try to see things in a positive way and the only positive thing about not getting paid is that nobody can tell you what to do. But I do a lot that promotes my sponsor anyway; it just kind of feels like working and not getting paid for what you do.”

You can watch ‘Long Time, No See’ by Craig Smith on Be-Mag here.