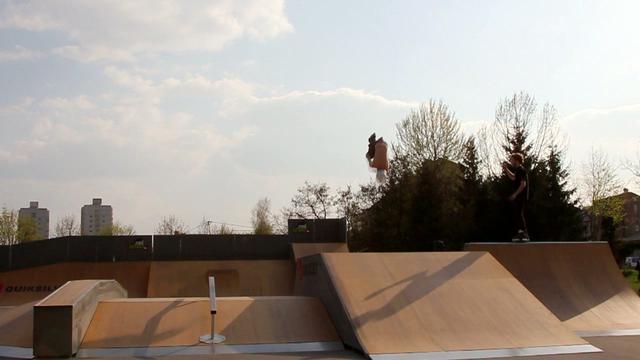 Urban Roof inline session toke place last weekend in Ljubljana, Slovenia. It was a chill session on a beautiful day visited by the best Slovenians and some Croatian and Austrian skaters joined as well. A lot of tricks were really insane. We even saw a perfectly landed double backflip by Sanjin Hadziomerspahic (best trick winner on Winterclash 2008). He was pronounced as the rider of the day.

Urban Roof is a non-profit organization owned by rollerbladers which was established to ensure better conditions for urban sports in Slovenia.

Urban Roof is organizing the first WRS event in Slovenia on the 2nd of October 2010. Which is a two star park event. It will also be the final event of the Balkan Rolling Series.

An edit of last weekend can be found here: