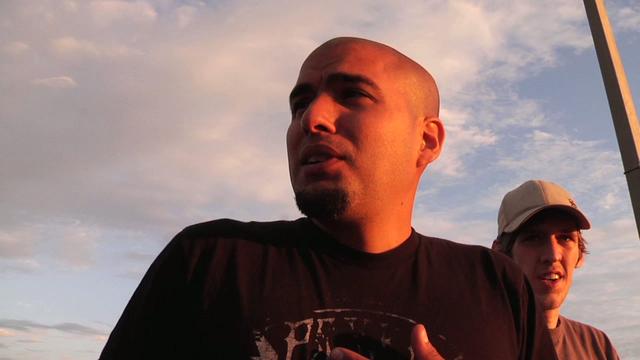 It seems like the guys from Remz love this tour life. After Chris Haffey’s solo mission a couple weeks back throughout California Kato, Franky and Nick are now touring through the beaches and swamps of Florida. Yesterday they visited the Panhandle Pow Wow 5Star WRS competition in Pensacola. Kato just sent in again a nice report giving you an idea what went down on this second day of this tour.

Story and images by Kato
Edit by Jason Reyna

Just got back from the PowWow after party. I guess it was actually the after-after party since we all got kicked out of the first place…just like we did last night as well.. Bladers partying hard in Pensacola!

Contest went down pretty smoothly today, Blake Taylor (PowWow’s organizer) had the whole shit nicely under control. Talking about having it under control, Aragon basically claimed the title, plain and simple, although many skaters were really pushing the envelope today. As I’m typing this a blader called Emerson who bought Remedyz back in the 90s when I used to make and sell them one by one hits me up on facebook saying: “winterclash and bittercold look like video games to me”. Not sure if I can qualify it has video games since I dont play that shit but watching these guys throw it down felt pretty damn good indeed!

We’re dropping you a quick Remz edit right now and Jayson will have more shit coming over the next few days, as well as other people I’m sure, so you can appreciate all of that even if you weren’t in Pensacola today.

Thanks again to Blake and the whole crew for putting this together, Aragon for winning, Franky for being the most stylish skater I know, Woodster for deciding to start drinking although he (I think) qualified, and Remz Flow Roman Daricek for placing 4th and getting a spot in the Remz-mobile with us for the rest of this Florida tour!

Also make sure you check out the first tour documentary of this tour:
Yuckem and Woodster Florida tour part 1 of 6.