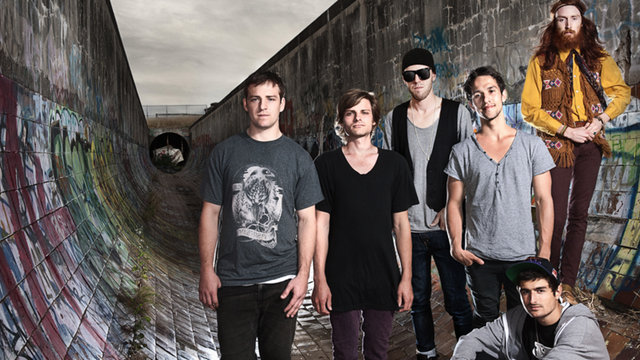 After an hour of good conversation, cheese, and beers, everyone seemed eager to watch the film. A line was created on the stairwell leading up to the main cinema and the anticipation was high. A countdown played on the screen as people took their seats, with a V.I.P seating area at the front for all those involved in the process of creating this film. The countdown ends and the place exploded with excitement. The film starts and as people cheered for their favourite skaters in the video the circuit on the main system tripped. A good 30 seconds passed before this was fixed, but luckily enough the film started again without mass hysteria breaking out.

Isaac Callen’s section was up first after the Introduction. Everyone watched in awe as his spot selection, tech tricks and hammers created the perfect combination for a really enjoyable and unbelievable section. During the editing sessions Isaac had been extremely picky about which tricks to include in his section, he removed tricks that some people can only dream of doing, this payed off and left him with a very good section. His last trick had everyone saying ‘What, how?’

After the first montage, and the massive applause for people such as Liam Harris, Tom Coley-Sowry, Mass Alhawatti, and most of the other skaters was Josh Nielsen’s section. The vibe, choice of music, and selection of tricks had everyone in a really good mood. As Josh is from Sydney, his section was filmed when he flew to Melbourne twice for a few days each time. People would never have guessed that it was filmed in a small time frame, as his section is still on par with any good skating section. He landed 7 tricks a day on average during filming, making time for costume changes in between spots. Josh’s section had a very good response.

Everybody had baited breath as the name ‘Danny Jensen’ appeared on the screen. After his first trick the crowd instantly broke out with a load roar, which overpowered the loud music playing. Surprisingly this was also the first time Danny had seen his section, and he was grinning ear to ear even though he most likely couldn’t hear the song. No amount of words can describe the atmosphere of the room during the last minute of his section, hammer after hammer the floor did not stop shaking. Luckily enough the floor didn’t cave in, and we were all still alive for the rest of the film.

People were still hysteric after Danny’s section for the first 20 seconds of the next section that followed. The name Andy Plumridge came onto the screen. Most people knew that Andy was an up-and-comer, but as he hasn’t skated for anything else but the camera for the last year and a half people had no idea how far he had come with his skating. His selection of tech tricks left the crowd a little quiet due the amount of concentration is takes to understand what he was doing. The song had everyone in a really positive mood, which escalated to a loud applause for his last few tricks.

A quieter rumble of cheers continued throughout the montage that followed Andy’s section, this escalated back into a roar for the last tricks by CJ Wellsmore. Next up, Robbie Pitts. An amazing section, again leaving people in a deep concentration as they tried to decipher how he did certain tech tricks, and trying to figure out where each spot was. Robbie had definitely come through with the goods, proving that while he may not be doing bigger tricks, he can make any trick look stylish and fun. The Robbie Pitt’s cheer squad was there, local skateboarders, co-workers, and family were cheering as loud as the intoxicated rollerbladers. His last trick had the floor rumbling once again.

Although Robbie’s section was amazing, people knew that there was only one rat left, Matthias Ogger. The room burst into applause as the text ‘Matthias Ogger’ appeared on the screen and he came charging at his first trick. The intensity of his section is powerful; he proved that going as fast as humanly possible on rollerbladers does make things look better. The roar of the room did not stop once during his section, everyone stomped the old wooden ground as hard as possible. Matthias had the perfect combination of stylish tech tricks, hammers and grins on his face. His last trick had the crowd in hysteria as the credits began to roll.

The party did not end there; it may have been the German electro song in Matthias’ section that left everyone wanting to have a good night out. More beers were consumed at the official after party at New Geurnica, only a couple of blocks from Rancho Notorious. New Geurnica is a bar/club designed as a tree house. Through the fog of the dance floor was the ‘Badger Back Haus’, where the sign ‘Seven Rats After Party’ was on the door. Around 40 rollerbladers attended for messy celebration times. Overall, the night was a huge success. Obviously a lot of money and effort had gone into giving the rollerbladers of Melbourne a night to celebrate their hard work and persistence throughout filming. I guess these events can only bring our community closer, although it was good to see non-rollerbladers join in the celebrations.

You’ll soon be able to order ‘Seven Rats’ at the Be-Mag shop over here. Still not convinced if you should make a purchase? Well, peep the trailer!