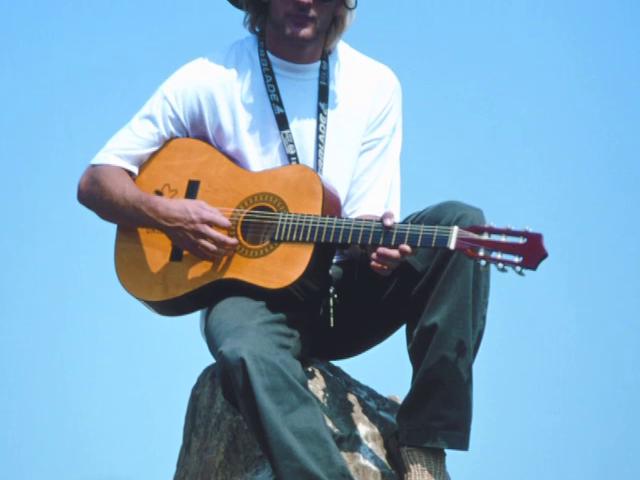 In the summer of 2004 Richard won the British Inline Skate Championships for the second time running and the Freestyle ski Big Air competition in France. He was an inspiration to those around him and had a unique ability to turn the negative in to positive. Living life to the fullest he travelled around the world several times making the most out of his experiences taking every day as it came.

Tragically on the August 7th, 2004 Richard passed away after being in a coma for a couple days. The response to this was what drove me to make this film. This is a film about a lot more than just skating, it is a film about the unique positive attitude held by Richard and his friends and the way this seems to have spread.

One of the most touching things I find about Richard is his decision to become a Organ donor, in his death he managed to save lives and this could not have been possible without this selfless act. This inspired me to become a donor too after seeing the effect it had on other peoples lives and Richards family. It’s one of those things we never want to think about but something that can make such a difference.

I truly hope you enjoy this short film and look on it in a positive manner. The money raised with this film in 2007 was donated to the Richard Taylor fund, that after much fund raising regenerated the Knap Skatepark in Barry, Wales as well as donating money to several charities that were involved with helping Richard. Since then it has laid pretty much unseen until now.

If your interested in finding out more information about organ donation visit http://www.uktransplant.org.uk/ukt/

I do not feel like I am well placed to say much about Richard on a personal level, but some good friends of mine, Guy Crawford and Stephen Riddick, kindly contributed these words.

“I will always struggle to describe Rich to people in just a few sentences. He was a massive influence on my life and always will be. There’s not a day goes by that I don’t think the words ‘It’s all good’. He was my best friend and someone that everybody could learn something from, he was a positive influence to every person that knew him and respected by not only his peers but people of all ages.
I could go on about how talented a freestyle skier or rollerblader Rich was but winning the British championship in both sports in the same year speaks for itself. Rich was the most amazing person and I’m fortunate to have known him, I don’t look back on what happened with sadness or regret but with pride. I will forever carry his memory with me and be proud to call him my friend.”

“I’ve never met anyone as positive as Rich. Such a lion of a man! You couldn’t ask for a better friend. Always looking on the bright side and keen to try and brighten your day, always with a friendly ear and thoughtful word of advice. From blading to cliff jumping to freestyle skiing and climbing, Rich was one of those frustrating dudes who turned out to be a natural at anything he turned his mind to – he loved every moment of it. He had a real talent for inspiring people – mostly just by being his fearless self – and the UK scene was dealt a heavy blow when he passed on. Rich wasn’t with us for very long, but while he was here, he burned very brightly. Miss you dude.”