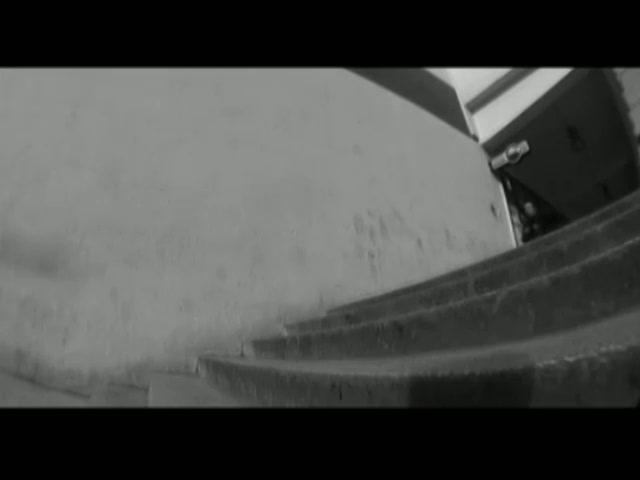 Everything started in early 90’s. I was fascinated with the fact that you can do skating in the summer and literally skate on the streets.

First contact was obviously the TV. With the satellite, You could find a lot of “Airborne” style advertising, news, reports, etc.

For somebody that was a little kid living in early 90’s Poland it was very far from what I could watch on the streets at that time. I knew I need them badly but I got my first pair of skates when I was 10. 2 Years later I’ve seen first grinding, I guess on the

“Hoax II”. It was probably the first what I’ve seen from the real aggressive skating we know. There were some damn good tricks already, God thanks for VHS!

Who was your first favorite skater and why?

First was Chris Edwards, but Arlo Eisenberg was the first favourite one. Well, it was simply because he was our Idol, a great skater and the face of the sport. Of course there were more like Cesar Mora or Rene Hulgreen. Every season there were new fascinations and new idols like Jon Julio, Randy Spizer, Brian Bell and many more. Seems with those season fascinations it goes like this till now. Little bit later when I gained some good skills and understood that skating stands for something more than just stunts I found some moves that I really enjoyed and tried to put in my skating. Kevin Gilan and Louie Zamora where the styles of my early skating days.

When did you make up your mind to actively get invloved in the inner workings of the industry?

Basically when I realized that I can do it.

Imagine that you have some skills and the industry that stands behind your greatest passion gives you a chance to use them. It would be against myself if I wouldn’t use this opportunity. This stands same for marketing works and skating.

After my first meeting with the heads of The Conference on the tradeshow in Munich I realized I should try to do something more than just edits with logo on it. I’ve tried and it worked out.

Who was your first sponsor?

Years passed till I finally got one.

There was one season when I did a video called “034 Rollkings” and it was a first one in Poland that was available on CD. It was selling great! For the money I made with it I bought a pair of skates! So we can say that my first sponsors were polish skaters that just liked my video. Thanks guys!

The first real one was Burma — inline clothing brand from Poland.

After some time Mirek Ragan proposed me to work on his skateshop project.

Mirek did a good job and brought the industry brands to our country. My first skates for free obviously came from hedonskate. I’ll always remember the day when they arrived — one of the happiest in my life.

What was your favorite tour?

Every tour I’ve ever been to was a totally great thing. I’ve visited so many places and meet so many great people that it would be not fair to put one under another. But… certainly there was one that I’ll remember the most. It was the Ignition euro tour organized by Phillip Frostner together with Be-Mag, as I suppose, and off course Ignition skate shop. I remember it as a favorite one maybe because it was the first international one I’ve been to. It was after the IMTYA finals in Amsterdam where I got in for the second time, so hyped and so juiced to skate. We visited so many beautiful countries and so many great spots… Vienna, Mediolan, Prague, Zurrich… Surely it was a great adventure also because of two busses filled with individuals that had one thing in common — everyone loved to skate! Well I think there is no place to write about it here. I think if there are ones interested in this particular story You should check out the right BE-Mag issue, there is a huge article about it.

who is the best Polish skater right now in your mind?

I think that the best skater is definitely Piotr Combrzyñski.

He is not only still the best in Poland but one of the best skaters in Europe and in my opinion, one of the best in the whole skating world. It is a shame that people who should put extra care up on this undisputed talent and champion, did nothing to promote him in a way he needed it just to represent Poland on the international scene. Shame, shame, shame…

who will be the next up and coming polish rider?

Well to be honest I think the greatest rising talent is £ukasz Malewski.

Winning almost every contest that he appears on. £ukasz has outstanding and original style, amazing skills and great personality. For many many years he was always there on the scene. Seemed he was a bit shy, always just behind the main lights.

I knew there was a need to give him a little impulse that will push him to the next level.

Last Year when I was creating my own POPACID skating team – I decided to support Him with Xsjado skates with full support form cubescate.com at that time.

After the 2009 season £ukasz is now officially called “The greatest talent of 2009” and I’m damn proud!

Believe me, he don’t skate no bullshit… this guy knows what is good.

Hope we’ll all have a chance to watch Him in the future!

What other interests do you have other than Rolling?

There are many things.

Most of the time I’m interested in making my lovely girl happy.

Beside that I’m interested in conceptual art, electronic music and social science.

I do some IDM music by myself, you can listen to some tracks on www.myspace.com/popacid

I work as a copywriter and I’m creating advertising campaigns.

I also do some films and videos, lots.. but no fancy animations and HD hardcore. I don’t like the word “edit”.

Everyone can make an edit, but if You want to make a film it is a different story.

What was your most serious injury?

I had my right arm broken for 3 times.

I had rupture of groin that kept me out of skating for over 6 months.

I had broken meniscus, but everything ended and I have it behind me.

One thing is serious and I can’t really get rid of it.

This is discopathy that I truly hate./ Double discopathy is the worst thing that happened to me and it is constantly getting worse.///

/It is a serious spine injury that hurts in fast turn moves and while you are bending your body./

/So in general it is hard to skate at all. There was no particular accident that made this thing happen to me./

/It’s just over 16 years of constant and sometimes irresponsible exploiting of my body, mixed with bad genetic conditioning./

/For the 60% of the season everything is fine, but you never know when the pain hits./

/When it does you better sit down and chill even if you are super hyped. /

There are some surgery solutions but I want to avoid them as long as possible.

Doctors advise me to do so and also to reduce landing form hight and everything that is somehow considered as extreme.

But what can you do when you love to skate.

What drives you? what are your future projects?

Urszula Chodorowska is 20 years old. She is studying painting in /Academy/ of Fine /Arts/, /Poznan/, Poland . She drives me for real.

I’m her greatest fan and I love her!

There is off course one and only inline skating crew “034” (www.034.ownlog.com ) from Czêstochowa.

034 is my skating life, it created me as a skater and I’d love to be a active part of it as long as possible.

I feel that my great friends from 034 they know what is important in skating.

034 is simply a skating inspired by your soul – and this is the skating I want to do.

There is also a very fresh project that I call POPACID (www.popacid.com ).

Popacid is a very diverse thing. It is a concept of a lifestyle that I would like to show to everyone out there.

It is a concept that takes out good things out of pop — mainstream culture and adopt them in eclectic mix of your daily activities — just like we did with skating.

POPACID promotes itself by great skating team and also its own music.

POPACID makes T-shirts as a gadget – souvenir from the popacid reality, rather than a T-shirt from a clothing company.

How would you like to be remembered in Rolling?

I think it would be very, very cool to be remembered at all.

But if rolling will forget me, well what can I say…I will always remember Rolling!

If you wanted to say anything to anyone, what would it be – here is your chance?

This is one of the most influential polish inlineskating video ever.

Newer published in any inline media.

I don’t know why, but I know it is surely worth it.

You may also check those two little things as I don’t know if they were ever widely published.

any shout outs or thank yous?

Biggest thanks for The Conferece and their brands USD, KIZER and UC!

Guys you’re the best! Thanks for all you do and all you did to support me for all those years!

Thanks for “034” for the best ever skating atmosphere and support.

Thanks for POPACID skating team for amazing performance!

Thanks BE-mag for this great opportunity!

Many many thanks for my lovely Ula for all she do to support me in all my projects and my daily life.

Thanks for the interview Mark!