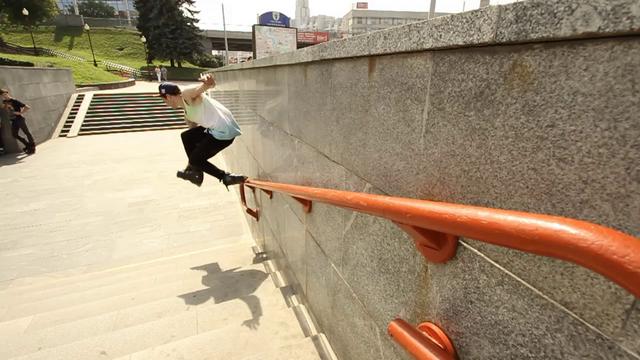 We starting to skate much earlier than the day before and began the day with a small small wallride and a rail close to wall where Dmitriy Shuganov landed switch fishbrain! Then we found a square rail in a great landscape. On that spot Daniel Goncharov landed disaster royale which was really awesome. After that we skated handrails where we got some tricks of Yura Yurchenko. 500 metres from this we found some kinked rail which was next to some ledges. Only Daniel decided to skate there and he landed an awesome halfcab top acid. The third day was filled with good skating till the evening!