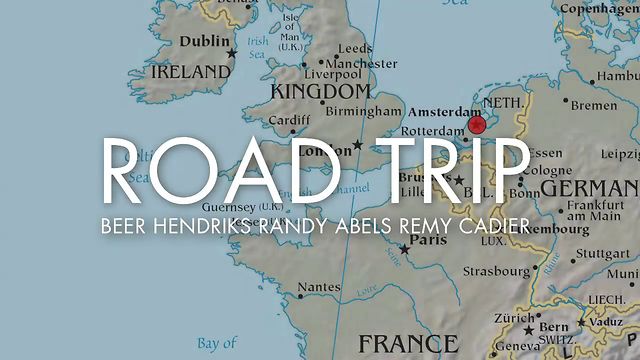 Once upon a time there was a Chicken, a Bear and a Meerkat, who all really enjoyed a nice bit of rollerblading. They gathered their flock, and set out on a journey which would bring them to a few skatespots. Unfortunately, due to old age, ill preparation or general laziness, many of the spots were left either undocumented or not even skated at all. The spots which were skated though, were marvellous. The Animal Farm tour 2012 took us from Amsterdam to Madrid, Malaga, Sedella, Madrid again, Girona, Marseille, Apt, and via Paris back to Amsterdam. Over 6000 kilometres and about 4 rolls of duct tape and some blading by Remy Cadier, Beer Hendriks and Randy Abels aka Kip, Beer, Stokstaart.