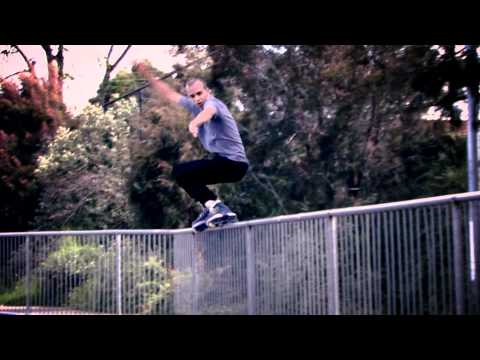 “Back from the Dead Tour” through Australia

The “Back From The Dead Tour” consisted of 20 rollers in 3 vehicles going from the “Victorian Titles” in Melbourne on October 23rd, up to the 8th installment of the annual “Right 2 Roll” street contest in Brisbane 7 days later on the 30th, some 2000km/1300miles north.

Encompassing every major city and as many parks as our bodies/minds/schedule could handle, the tour included many major players in the national scene coming from 7 different cities across Australia. A full DVD is to come out in February 2011 featuring all that went down including the skate contests. A big write-up with photos of the trip is up on the Velvet Couch Clothing website, www.vcclothing.com

Below are some of the highlights captured by Australia’s finest lensman Hayden Golder. Massive thanks go to the sponsors for making events and tours such as these possible. Support the supporters, they keep the scene alive!

Mike Salt won the “Vic Titles” and then randomly jumped on the tour. He was to leave us in Sydney but instead came all the way to Brisbane and everyone was glad he did. He’s quite a curious character. Here he is at a spot across the road from tour organiser Paul Kreutzer’s place in the town of Albury. Roll up to fish stall/pole bonk, to soul grind back down 360° out

Originally from Perth in the far west, Craig Brocklehurst is one of Australia’s smoothest skaters, especially on transition. He skated hard at the “Vic Titles” placing 2nd, though was very sore afterwards. I heard him say he knew he couldn’t afford to fall at all on tour if he was to skate in the “Right 2 Roll” at the end of the tour. He stacked up clips and photos the whole tour and I don’t believe he fell once. Effortless soyale up the ledge at Bondi Beach skatepark in his current home of Sydney

Kieran Deans from Campbelltown in New South Wales is fearless. Whilst some of us were still warming up to this ledge, “Kizza” was already up to true top soyales. Though it is one of his safety tricks, he will try it on any spot you put in front of him

Sketchy roof, sketchy narrow ribbed concrete roll in, and he aint afraid to say it; sketchy landing. Chris Pullar doing his thing in the small town of Yass and living to tell the tale

Defending 2009 “Right 2 Roll” champion, Brisbane’s Sam Bradley, slept every single minute he got in the tour van, and then every spot we’d pull up to he’d skate hard the whole session and then get back in the van and go straight back to sleep. This rail was a fun session and Sam probably had the most fun with pimpin’ fishbrains such as this

Check out the first trailer for the tour video:

Take some time and check out the rest of the pics Hayden shot on tour in the gallery beneath. It was hard to decide which ones to put into the article.