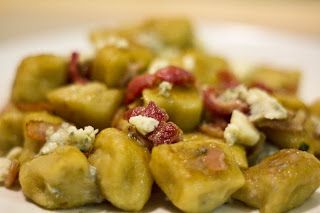 After dropping off Chuck’s daughter, Mackenzie, at school, we swiftly hop on the 405 freeway South, and through traffic we speed in the carpool lane, eagerly looking forward to having blading for breakfast in the cool shade of Santa Ana park. The regulars stop by and leave when duty calls; Matt Moya, Alex Miranda, Kruise Sapstein, Steve Johns, and the president. If we’re lucky we’ll have cameos from Dean Coward, Joey G. Rob G., Jeff Stockwell, Brandon Smith, and Chris Haffey.

The park is blessed with each blader’s unique style and trick vocabulary. Every one progressing in small ways, with “OooO’s” and “AhhhHh’s” coming from their peers after every trick.

After the blade session comes lunch in Downtown Santa Ana at some amazing restaurants that are within the area, The Playground, Gypsy Den, and/or the Crosby. Following lunch is a Them Goods Blade-shop session. Chuck takes orders for the homies back in Carson, finding buckle screws, skins, boots, making sure that the homeboys can’t have an excuse for the next time we have a blade session at Dolphin park.

The shop’s location has good foot traffic, and a random girl, window shopping, walks in. She looks dumbfounded believing the store was a costume spot and to her surprise finds a blade shop. She passes the collection of photos from Brandon Smith and J-ro on the wall, admiring, and at the same time begins to make a move towards the door, afraid that someone might discover where she’s at. Her eyes catch the television with Jon Julio’s latest online promo for his latest blade release, the Valo Lights. She takes a seat and begins to brag about how she knows Otis Redding, not realizing the song in the edit is by Sam Cooke. The video is followed with the Shred Till Your Dead II tour, as she watches the pros shred the blade parks like water. Whatever her preconceived notions of blading were, died when she walked out that door.

Back to Carson, I met up with Earvin Pamintuan and had an afternoon blade session delight. For dinner, I had Lonnie Gallegos and his partner in crime, Sinzi, be the official taste testers for the recipe presented below.