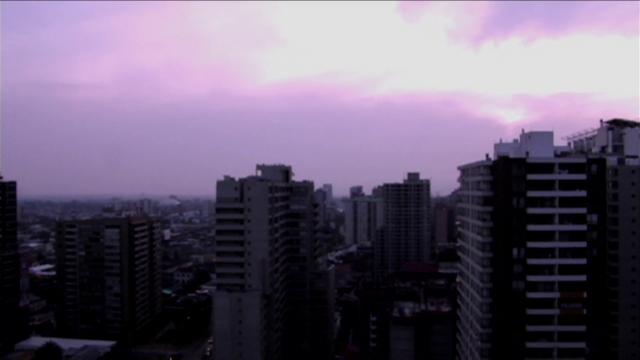 Friday Oct 1st
The weekend that every skater in the country was waiting for had finally arrived, it was a sunny day in Santiago. Around 5pm skaters started to show up at the O´higgins skatepark. Everybody was stoked due to the fact that this was the first time that a pro team like Razors, visited our country. People started realizing how real this was when riders from all along the country started to arrive to the park, this was the day before the event, and everybody in the skatepark talking about it, kept the buzz growing and growing and the atmosphere got even more pumped with a nice session before the big day.

Saturday Oct 2nd
The organization of Santiago Roll got to the O´higgins skatepark around 11am. To set everything up for the event, this was the first time we had a whole skatepark booked just for rollerbladers. The music started blasting with local Dj Antioch on the tables, and around 12:30pm pretty much everybody was already skating the park.
Around 5pm: Pros Brian Aragon, Dre Powell and Razors owner Andy finally got to the park, everybody went crazy, specially the younger
skaters who could not stop taking pictures and talking to the pros. After that we all started skating with the pros for a quick warm up session before the comp, at the beginning people was kind of impressed to be skating side by side with the pros and wouldn´t attempt that many tricks, but it was a matter of time and watching a few hammers from Aragon and Dre and all the skaters realized that this was going to be the one opportunity to skate with them, and started going all out. The session started to pick up the pace when the comp started, with tricks like clean 450 bs royal down the rail by Aragon and a few alley-Oop topside tricks by Dre. It was pretty impressive to see every local skater push themselves to do harder tricks and raise up the level of the session. The judging of the battle considered the skater that used every spot and laced the most clean tricks, based on difficulty, style, and consistency. It basically went down with grinds on the hand-rail, quarter-pipe, big spins on a launch, and the final spot was a big and long curved ledge that had a gap at the end. Aragon and Dre were killing it, motivating the skaters and showing support to the comp as guest skaters, since
they didn’t compete. The winner of the comp was rider Diego Cabrera from Santiago sponsored by Sabotage clothing, and Latino Undergrind.

The after party went down at Providencia Boulevard in Subterraneo Bar, with the video premier of the second DVD of Latino Undergrind called “Talento Natural” featuring riders from Chile, Peru, Colombia, Brazil, Venezuela and Ecuador. Around 11pm the place was packed, and everybody was excited for the premier in the light of the presence
of the Razors team.

Sunday Oct. 3rd.
At 1:30 pm. The local skaters had set up a Chilean style BBQ with the pros. This took place at the top floor of a building downtown Santiago, with a beautiful view on the city in a sunny day. This was the perfect chance for the local skaters to meet their idols in a more relaxed atmosphere. They appeared to be very supportive and humble, taking enough time to interact with pretty much all the people in there. After a few interviews for some edits and TV Shows, the bbq continued with some presents from the local scene to the pros, like fine red wine from Chile and some souvenirs. We had a street session planned for the afternoon, but it got suspended because the pros manifested their fatigue and exhaustion from the flight and skating literally right after it. So this amazing weekend ended up with a smooth and chilled barbeque on
the top of the capital of Chile. We would like to thank everybody that worked hard to make this happen: That is Santiago Roll, Latino Undergrind, Sabotage clothing, and
Golpe Roller Shop. And of course the Razors team for taking the time to visit our country and all the people that went all out skating and
representing for the Chilean skating scene. Keep rolling!