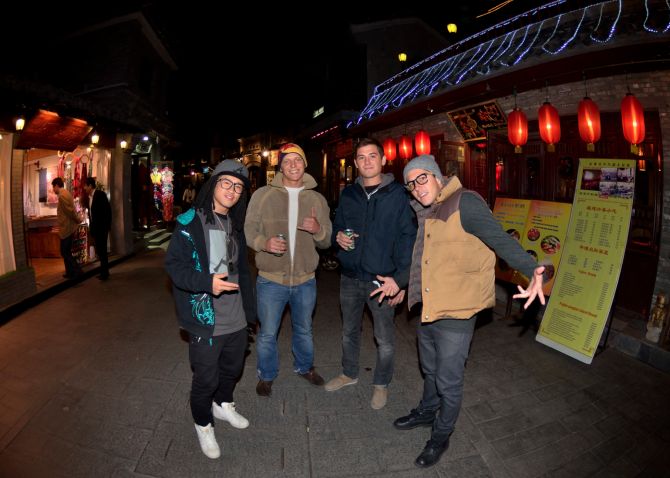 Due to the fact that Franky wasn’t coming to pick me up until noon I made my way out of the hotel to try and find something to eat for breakfast. Grabbing something to eat for breakfast… such a simple task but when nobody around you speaks any English and has no idea what you are asking it becomes more of a mission. After trying to get food from a couple restaurants around the hotel with no luck I decided I would just walk until I saw something I could point to. After walking about two miles I saw a McDonald’s and settled for a egg McMuffin and a coffee. It wasn’t worth the 4 mile walk but I wasn’t hungry anymore and in this case I decided it was a success.

At noon Franky picked me up and we made our way to a new hotel which is located closer to the venue of the contest. As I walked into the hotel I saw Horn and Mathias who looked just as excited to see me as I was to see them. When you are thousands of miles away from your home, any familiar face is comforting especially when they are your good friends. Franky and I headed out for some lunch and let Horn and Mathias get some rest and adjust to the time difference.

Around 6pm we woke Horn and Mathias up and headed to a Korean BBQ dinner that Franky’s friend owned in the center of Beijing. Dinner was amazing as always and I think the Razors guys were even impressed at how much they enjoyed dinner. After dinner we walked around the city checking out one of the oldest areas in Beijing. It was nice to see how excited Horn and Mathias were with the sensory overload they were experiencing. This being my fourth trip to China and the start of my second week in Beijing I felt as if I could explain some of the things I had learned from Franky and my prior trips to China. We headed back to the hotel around 10pm and decided that we all wanted to get some good rest since practice for the contest begins tomorrow morning at 11am.