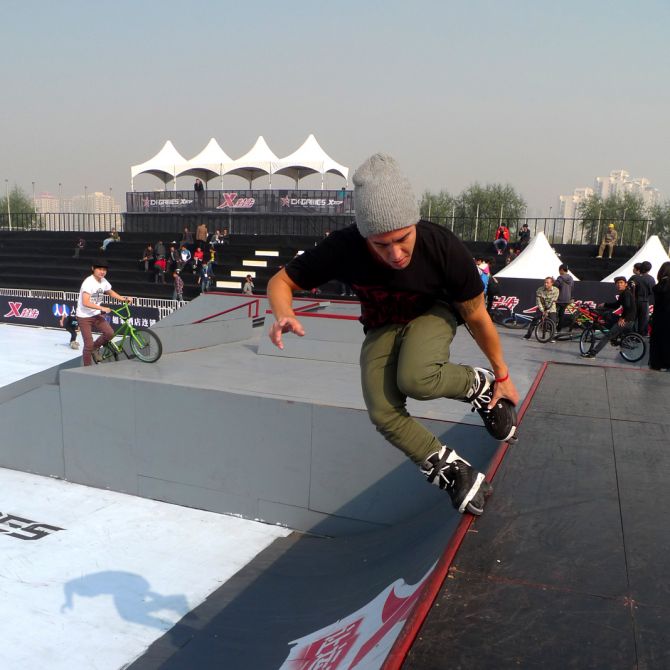 After about an hour of open practice for inline the course was cleared in preparation for the China National Contest. Similar to most contest, the China National portion qualifies 3 Am skaters into the World contest which is the one all the other Razors skaters will be competing in. The contest was fun to watch and some of the lines that I saw from the Chinese skaters were impressive. After watching all the competitors we congratulated the three that made it into the World contest and left the venue to grab some lunch. There was a lot of skaters that showed up to the event that made a long trip just to check out the contest for the weekend so we decided to go to a local spot and have lunch together. They seemed happy to be hanging out with all of us and we were happy to be hanging out with such welcoming Chinese skaters.

As I sit in my hotel room writing this update it still amazes me that after all my years skating and all the contests I’ve been to that butterflies before a contest are still something I deal with. Tomorrow is prelims for the finals that will take place on Saturday, they will be taking 10 skaters to compete in the final. I know everyone is super excited to skate and that the contest is going to be amazing. It’ts going to be awesome skating with good friends nearly seven thousand miles away from home!