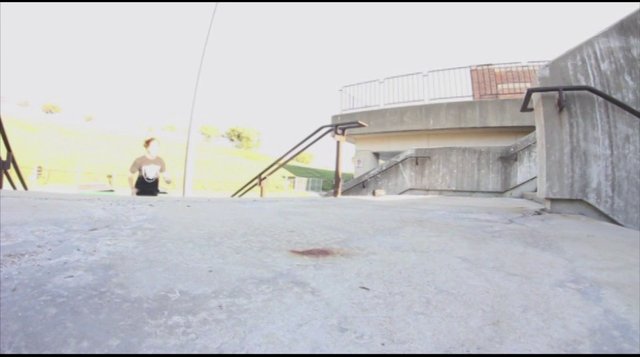 Brian Weis talks about head injuries, hockey and skating in the D

So B Weis, tell us a little bit about yourself. You were on the cover of Daily Bread back in the day right?

I live in Madison Heights, Michigan. I’m 24 years old and I blade and work full time. That would be ben Weis and it took forever for people to realize I’m not him. hahaha

Damn, I bet you get that all the time.

Yup, I hate to say it but I’m glad that dude isn’t around anymore, only room for one Weis.

I’m sure he’d beg to differ. At a young 24 years old, what got you started into blading?

An old friend actually got me started when I was like 11 or 12 maybe. My buddy Kevin and his brother bladed. There was this local skate park in a church 20 minutes from us that you could blade for free after school. He ended up breaking his leg skiing and knew I played hockey so he was like, “yo dude come with us and try these out you’d be sick at it.” So I did. It was fuckin ‘awesome man I was souling everything in that place haha. That was it I was hooked and I never put ‘em down. I bladed everything I could in my hometown and also got my other bud into it too. Anyway he gave me his Salomon st-9’s to borrow for a while then I ended up getting Rollerblade Swindlers. That’s it man, been shredding ever since.

So growing up in Michigan, there’s a heavy history of rollerblading there. IMYTA’s, Airborne and the Monsters of Roll tours, how do you think that shaped your skating?

Getting gapped over at Airborne by Brian Murphy definitely started the shaping haha and also scared the shit outta me. But yeah to grow up in the Michigan blade scene, it was so sick I mean shit I had Brian Murphy, Don Bambrick, Jake Roose, Mikey Blair, Gary Murphy damn too many to even name but a lot of amazing bladers to learn from and be around. Don and Jake are definitely two dudes who set the tone for my blading. Plus we had strong scene, a shop at the time, and Airborne. Some things I think that are of course lacking today. But I think it helped shape my skating for the better being able to be right in the mix of everything at that time.

It’s a shame that Octona and Airborne are gone. But you’ve got Modern still. What’s the scene like now?

Yeah its a bummer man but could be way worse, I have 3 parks less than 3 miles from, cant complain there. As far as the scene goes here, yeah its not the same as “back in the day” but shit we have a rad street comp “Delta City” that is thrown every year and this year there was over a grand in prize money. It’s only the 2nd year plus the spots are unique and not the same old same old so its gets people out of their element. The infamous AMS all Michigan sessions are on the come back, there’s one here in September, plus there’s a crew of young dudes here that kill shit. It’s a good feeling to see that so the torch can be passed.

Who’s skating from the next wave should we look out for?

Cody Boulay is definitely not a “new” wave but that dude has got it. Luke Naylor is one of the young guys that’s really sick plus when you see him blade you know it’s only for a good time and no other reason. I dig that.

The Detroit blade scene seems really organized, really tight. Where do you fit into it?

I don’t think I fit in it in general but yeah I guess I would consider myself part of the Michigan blade scene not just Detroit. I’ve lived all over the state and most of my friends do too so I really don’t like to split it up like that ya know. But as far as Detroit goes it’s like half and half, some live in the city and some like me come in from the surrounding cities.

Where the hell is Don Bambrick?

I would tell you where don is but then I’d have to kill you.

Now back to you, you’re skating on some SSM’s. How’d you get started with them?

Just took a few trips out to Oakland CA with Nick Norton a few years back to blade film and shit with all the Shredweiser dudes. I ended up being on the same page as those guys and we all became homies. John and Shima saw my stuff and thought my skating was sick so when SSM became official they asked me to be a part. I couldn’t be happier man, definitely with the right people and in the right place. All the dudes are cool as fuck, we dig the same type of shit, music and what not and Shima is the man. I don’t need anything more than that.

Rad. Ok, so in your opinion who’s better, the Tigers or the Red Wings?

I’m a hockey fan so I gotta say the Wings. I just got some surprise tickets to the Winter Classic by the way hahah. But yeah I can’t do the baseball thing.

What’s up with this head smacking business? You were in the hospital for some time, why don’t you skate with a helmet now?

About three months back I was disaster royaling this double set spot and I stuck on the landing and ended up fracturing my skull in two places and there was bleeding. I was out for like 2 months or so, pretty short for how serious it was. Shit was crazy man I almost died, like a 48 percent chance or something. I also lost my sense of smell too. I don’t know man I love to blade and I’m still going to do it and shred hard. What happened was an accident. I’m back to normal now and everything is good. I’m just happy to be blading again. Oh and I don’t wear a helmet now because I don’t want to. No further questions your honor.

I want to shout out SSM, the SSM squad, Shima and Ashley, Create, SP, Nate Moore, Noah Z, Shredweiser casa and crew and all my other dudes you know who you are.