DIY parks are a thing in ATL. Carson was determined to show us all the sweet spots.
We all seen the news about the I-85 and the reveling of the skate park under it so we decided to go back another time but with a few more skaters this time and make a small @sk8h8 edit (go follow them on Instagram you wont regret it). 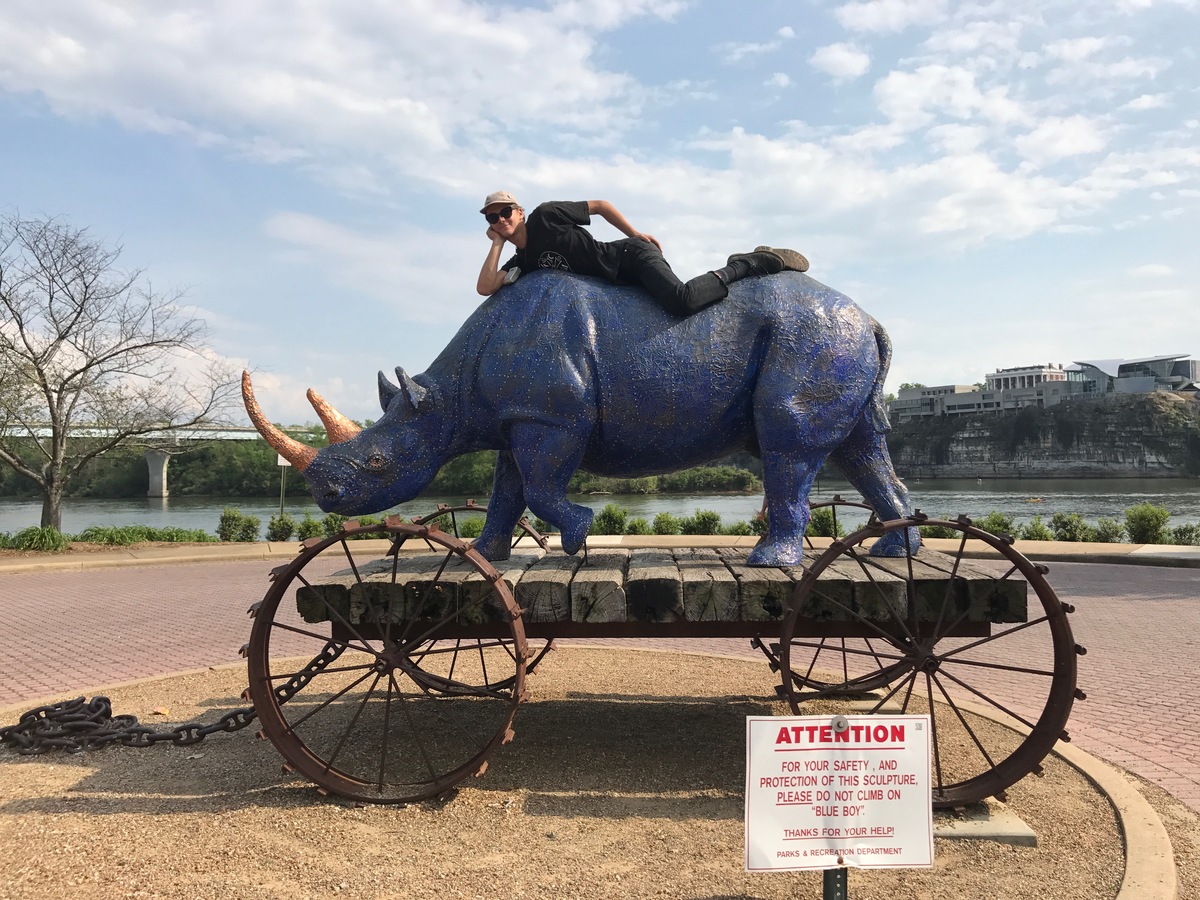 After the sessions we looked for the hot-spots a.k.a. the swimming pools. A friend of Julian’s has one on a rooftop overviewing downtown Atlanta, and in my opinion, it’s the best possible end to blading sessions.
For the weekend we drove up to Chattanooga Tennessee to meet with Ray Kronenberg and his girl Annie.
We didn’t skate for two days before that caused of lack of motivation.
As soon as we came of the highway we saw a drop rail at a church and I proposed Julian to do it, he said why not, drop rails for breakfast.
An hour later we had four clips of the two guys, which was a great start of the weekend. 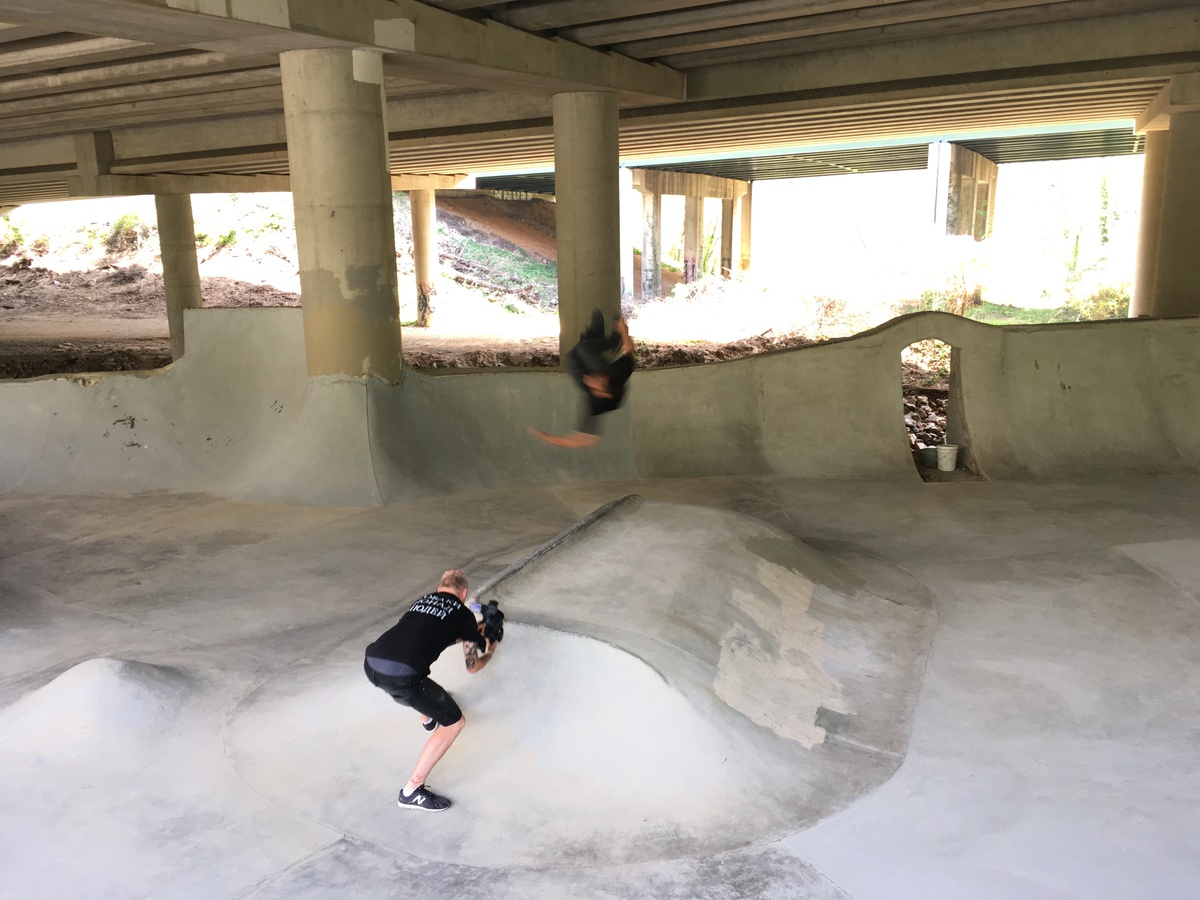 We went downtown to get some food and meet with a friend of mine who drove down from Atlanta with his wife and two kids to see me.
Around 6 Ray met whit us downtown at an old school spot that people will know from the Rejects movies.
For a old school sk8head all these spots brought back so many good memories of watching those movies in the 035 with the boys that hardly skate or don’t even skate anymore but are still my friends because that one silly sport we started ages ago. I thank you for that blade god (Erik Burke is that for me). 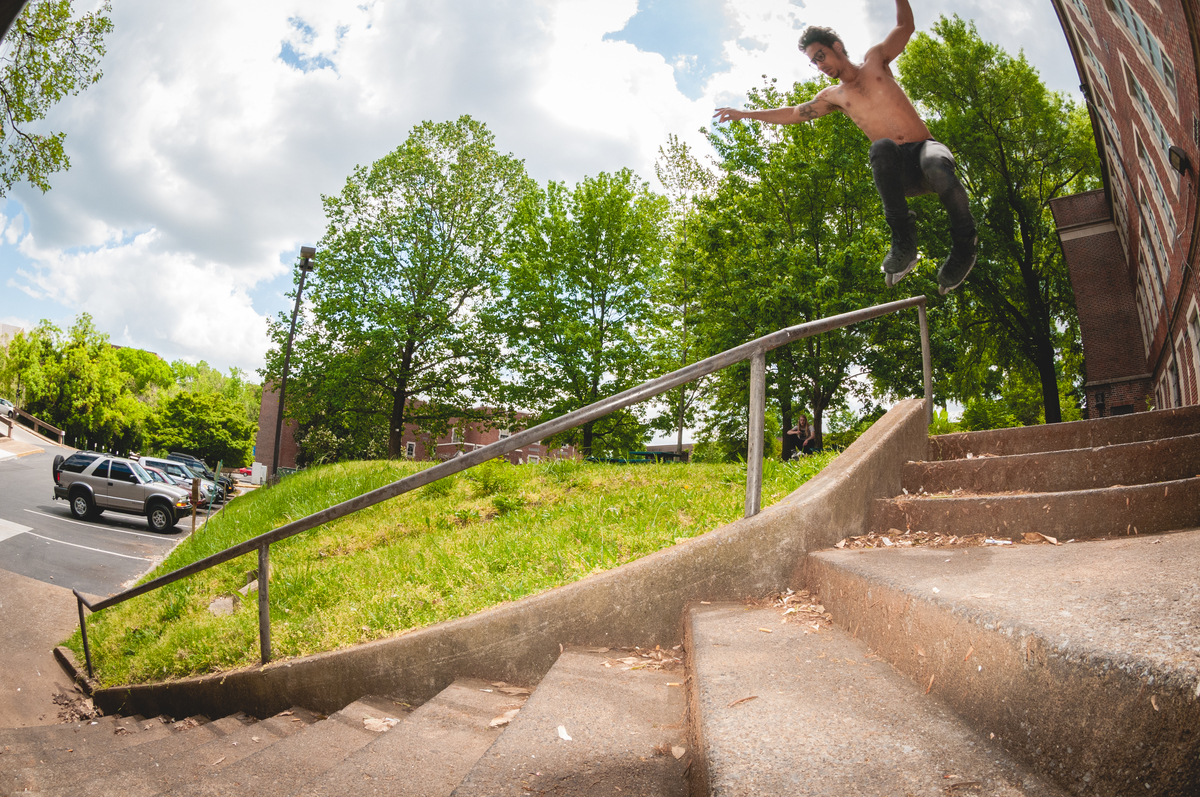 Friday night at the Kronenberg’s means 30 friends over in the house, beer and bonfires. It was a late night but we all woke up on time to get a 2nd day of shredding.
After breakfast at a local vegan place Taylor Popham joined the weekend. He came for the fun and did not skate but his presence was appreciated.
At night I cooked a big pasta dinner they all enjoyed. For that we went to Walmart, Walmart is for Americans maybe just a cheap store but for us crazy Europeans its the most fun shop to go to. Back in SD Russell and Fromm said we where crazy that we liked a place like that. But come on where else can you find a place that’s open 24/7 that sell cheap underwear camo pants and guns and cheap Oreo’s.
Go America!!! 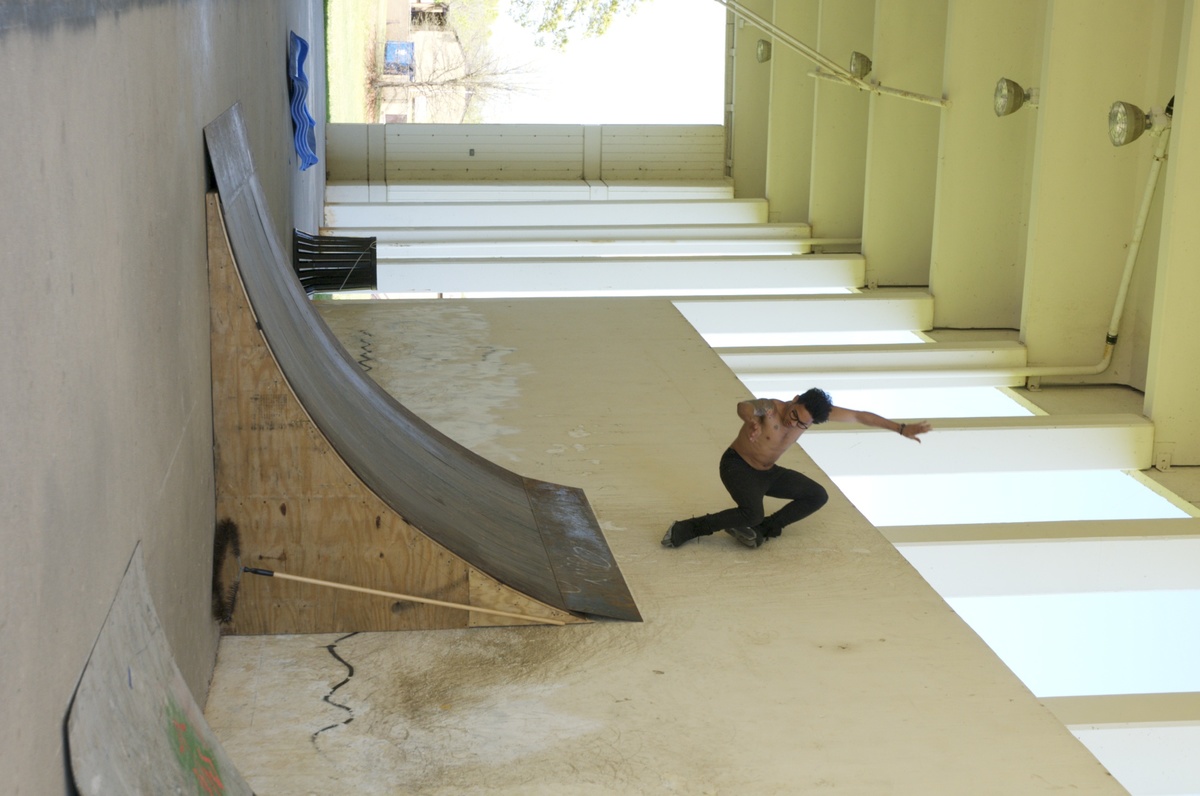 Sunday was a hot day and we got the last trick on tape, we ate a good Asian meal and said goodbye to Ray and Annie (Taylor was sleeping at home).
The next days in ATL where wet so we did some goodwill shopping and saw The fast and the furious 8 where Vin Diesel dies (spoiler alert)
Levi actually walked out during the movie because he said it sucks harder than his best friend when he is drunk.
7 more days of filming and than this trip is over.
Kinda happy to go home to the wife and kids (read: two insane dogs)
But I will miss it also. 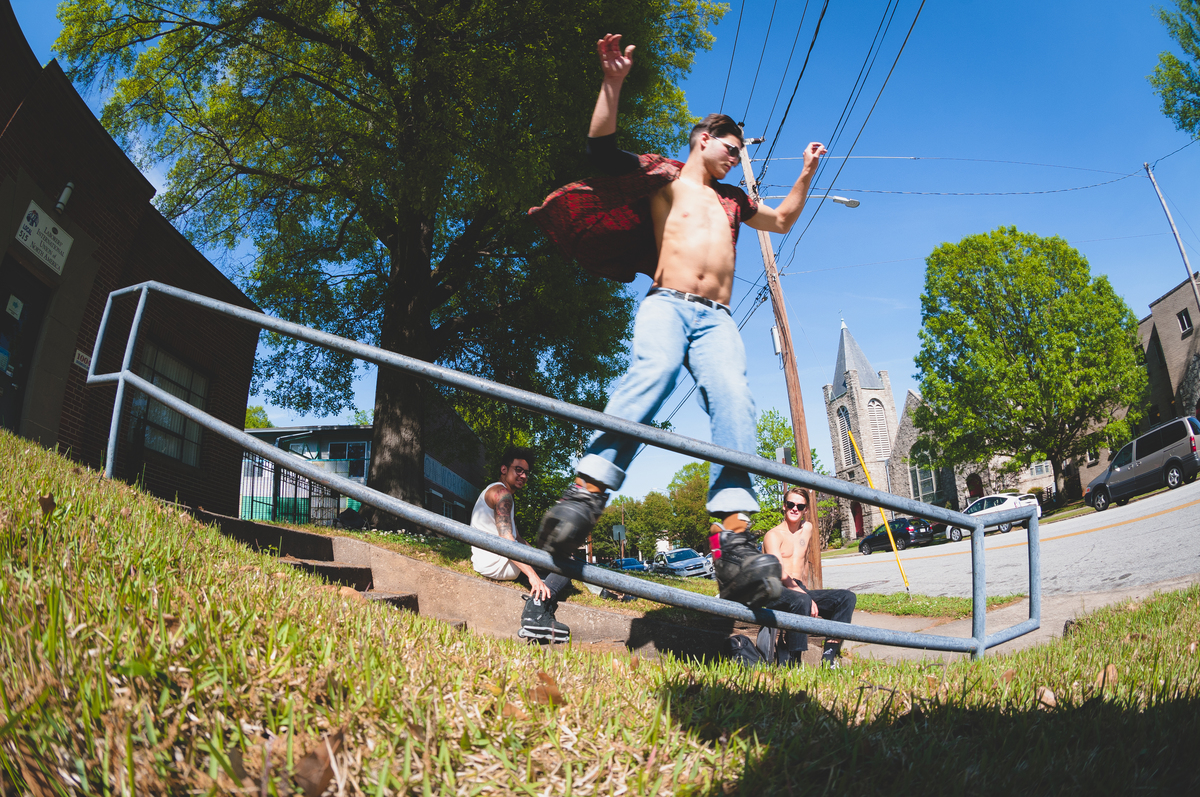 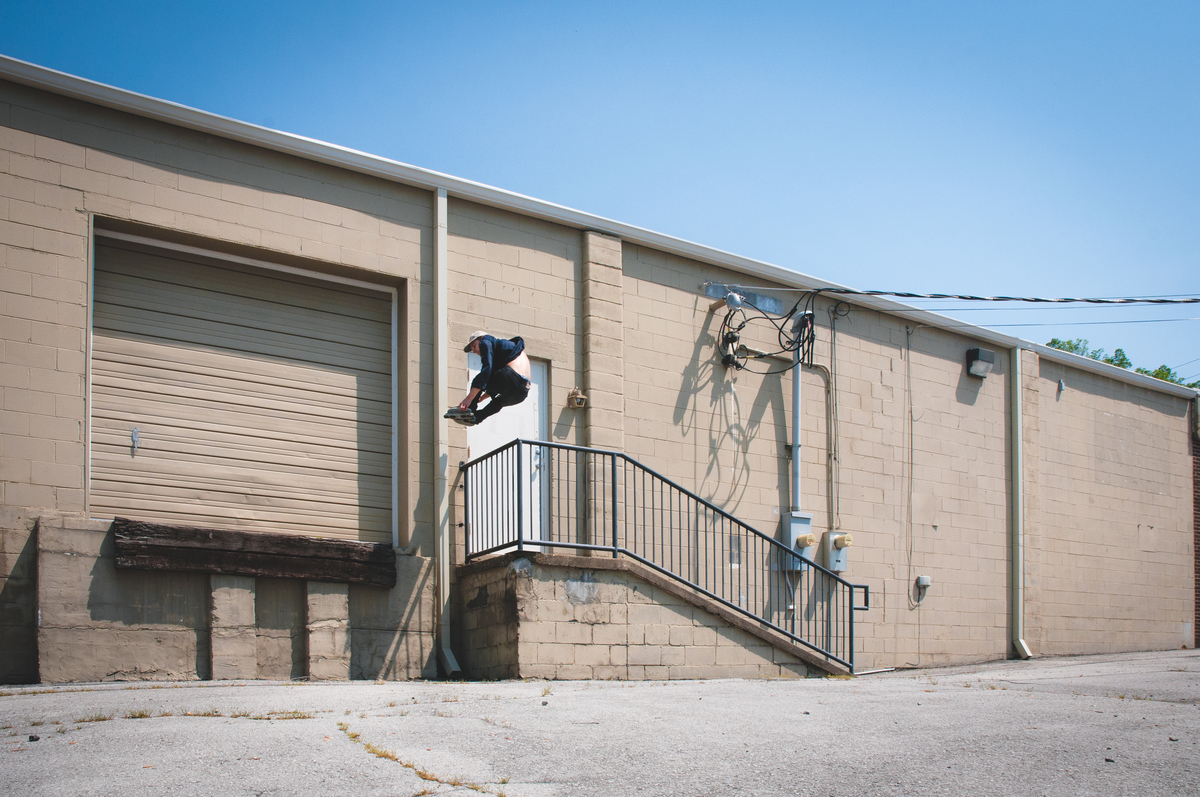 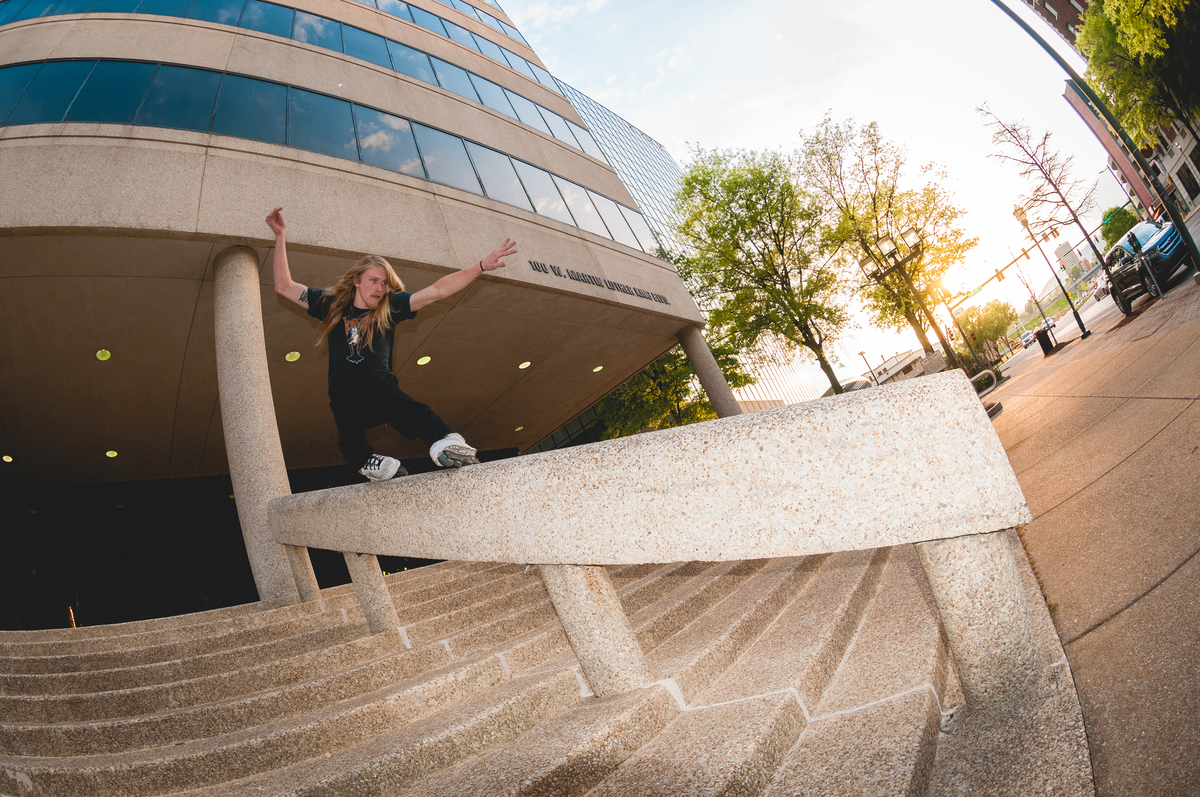 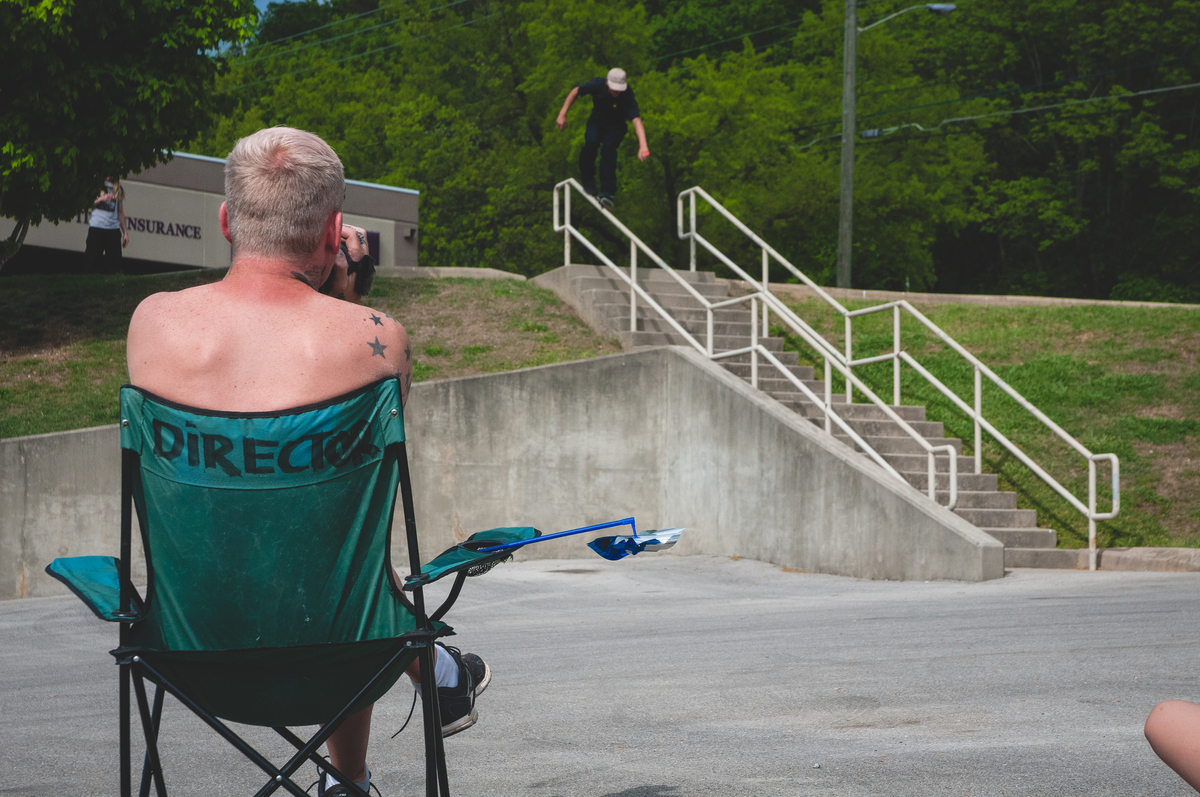 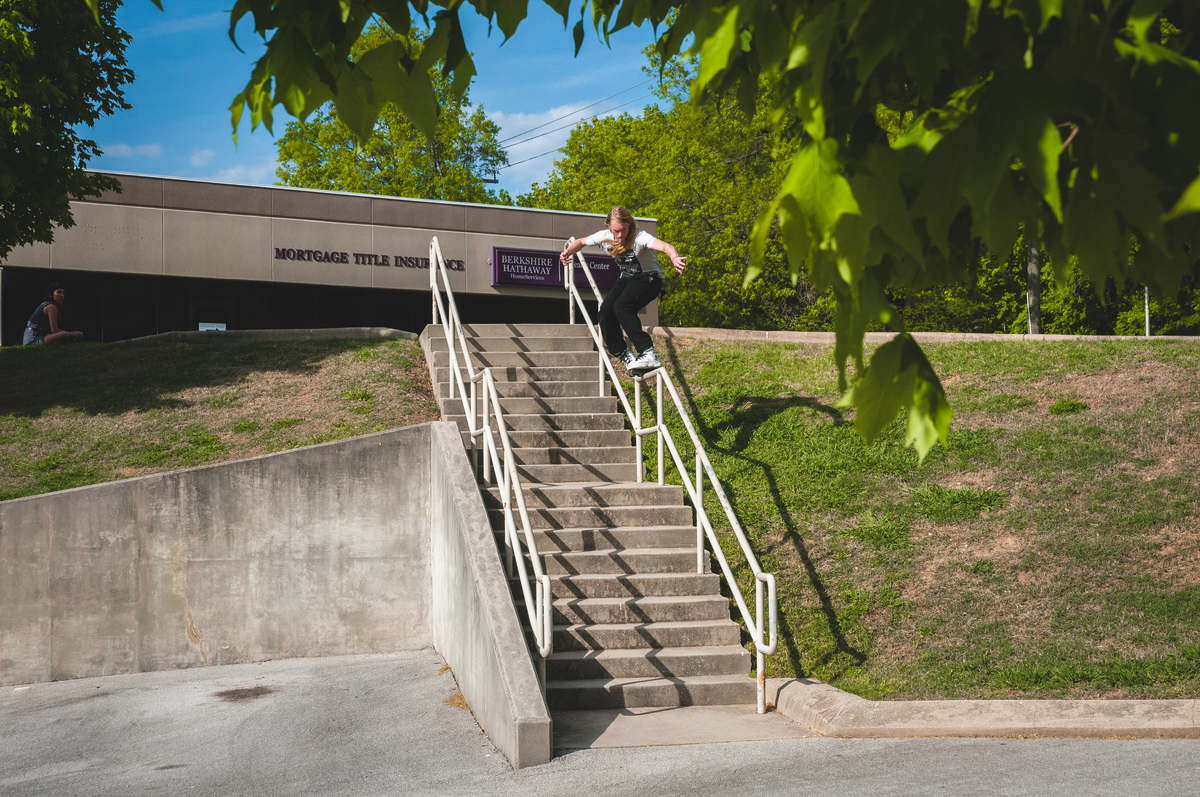 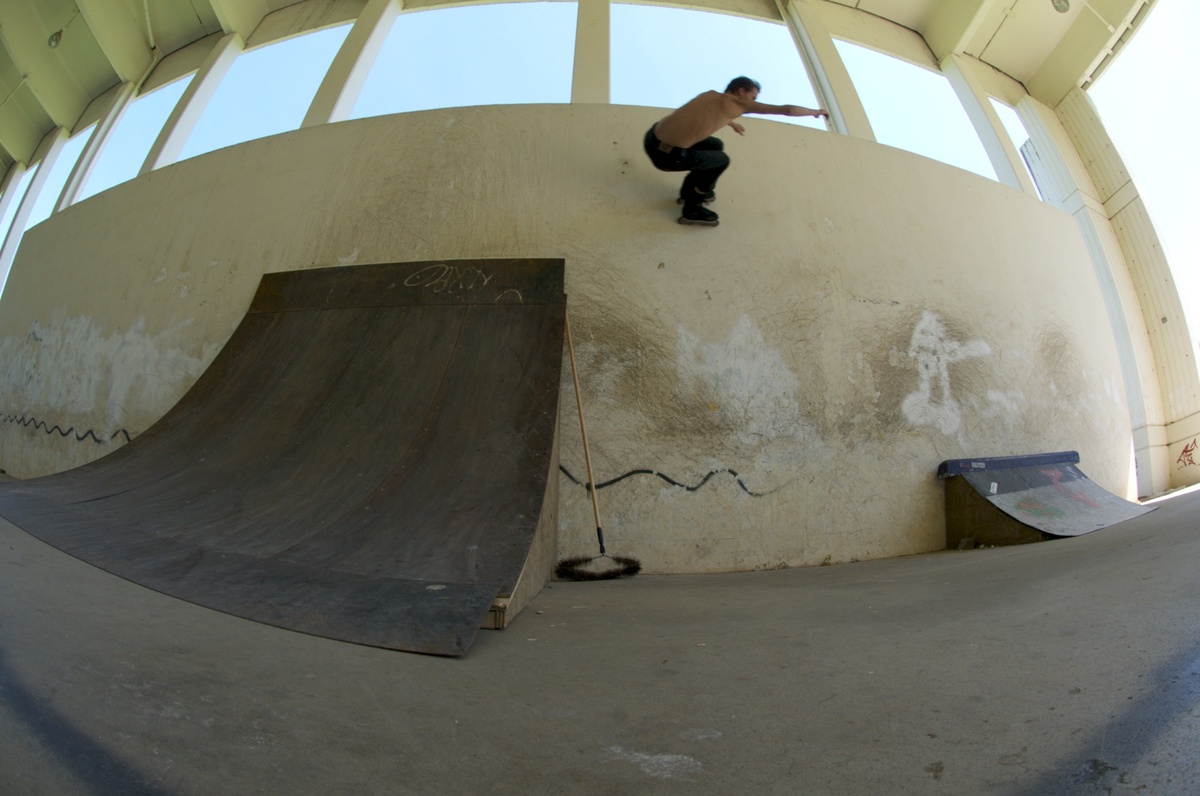 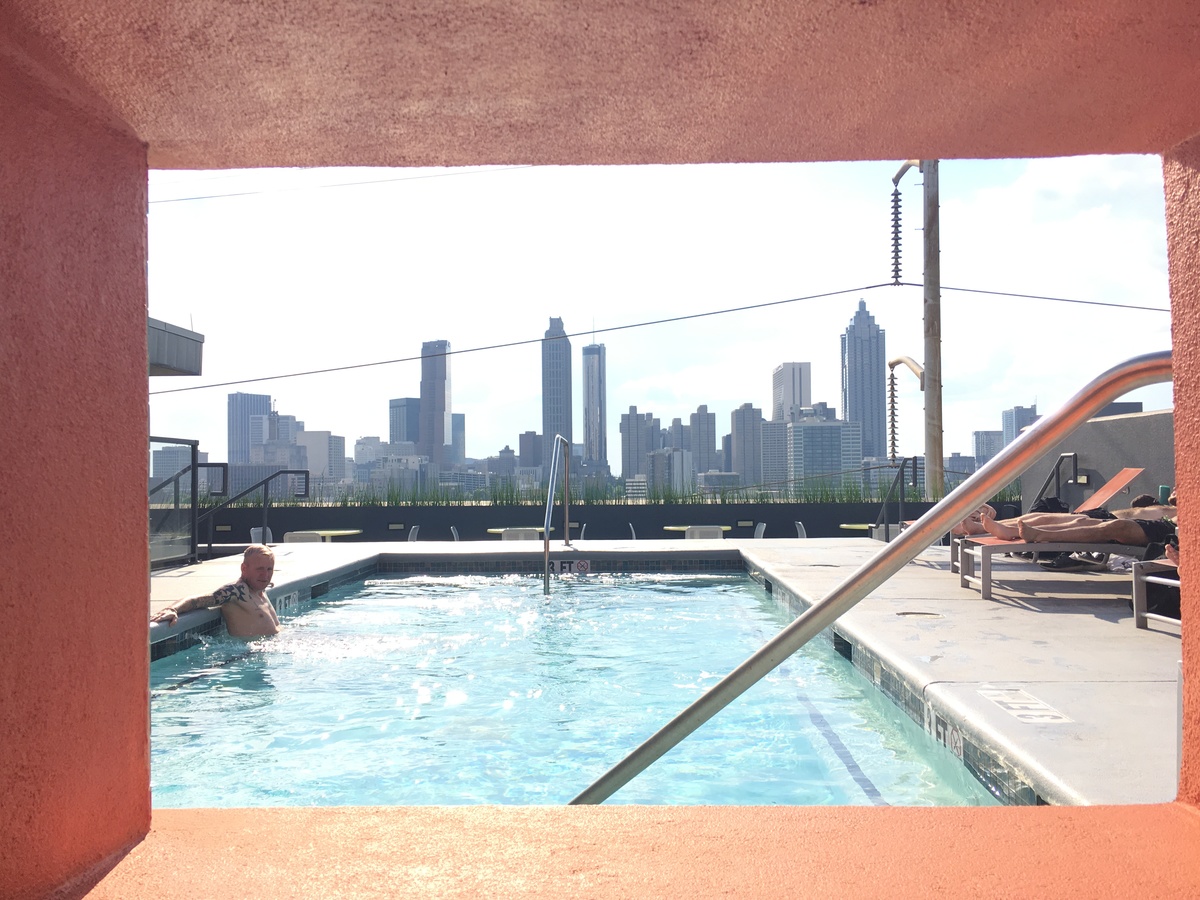 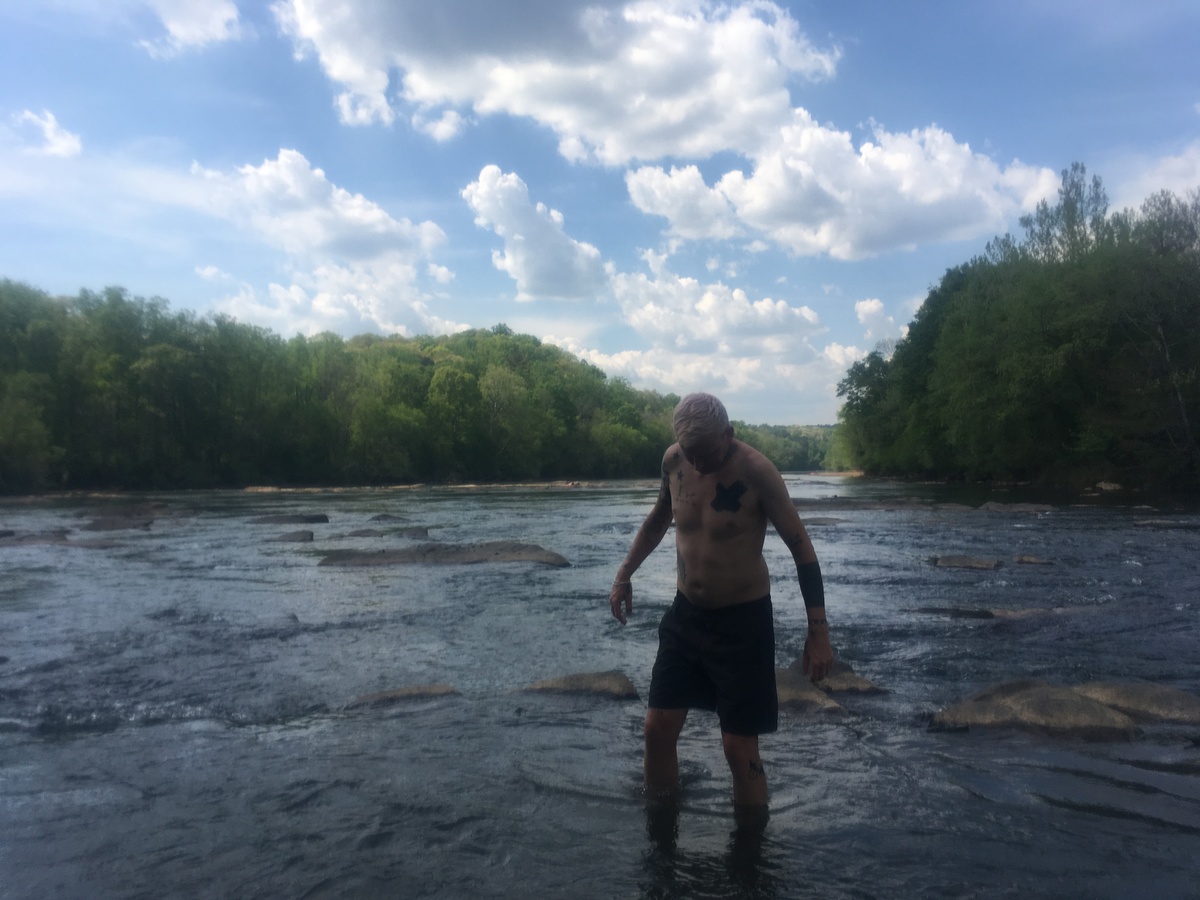 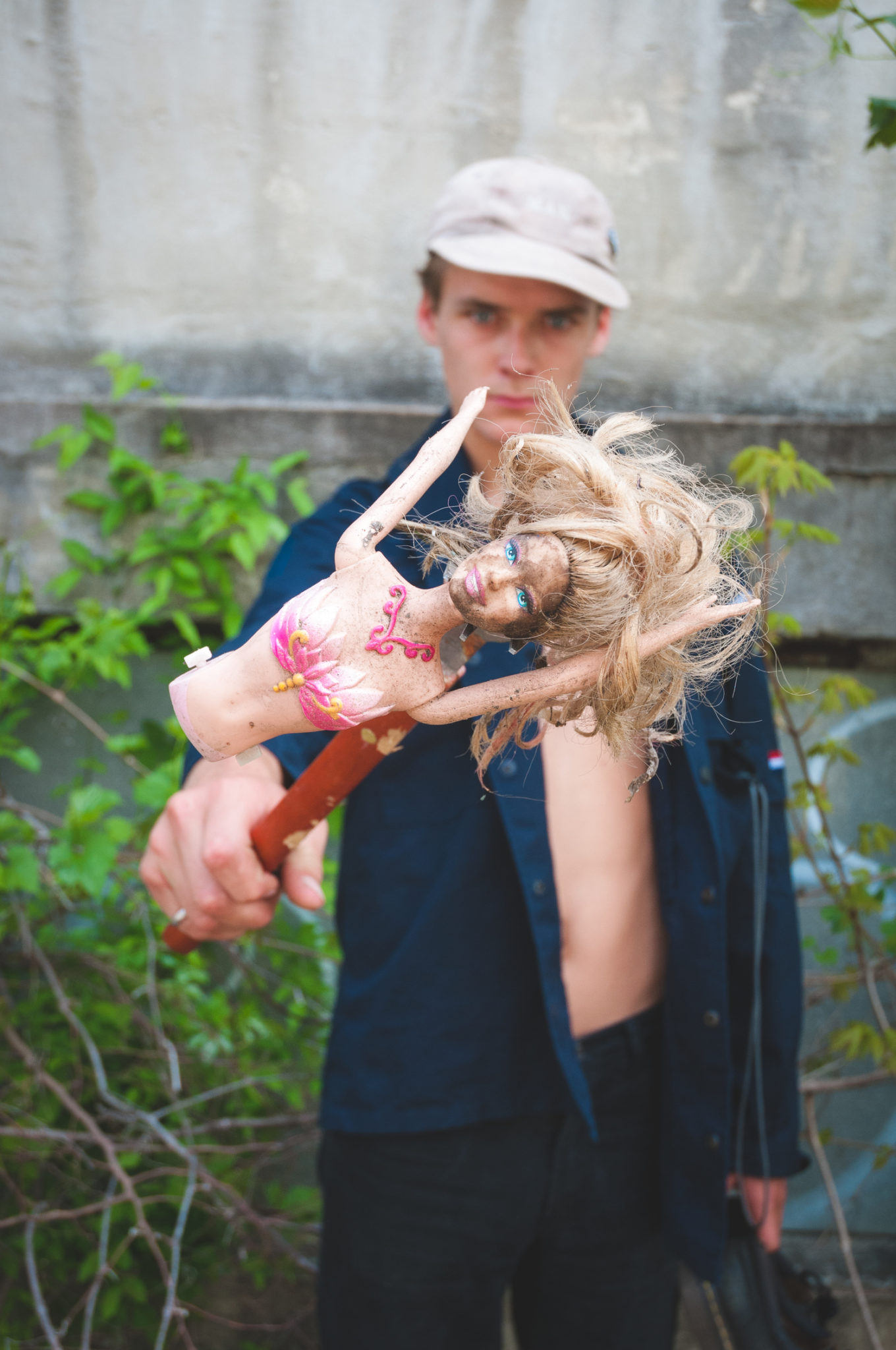 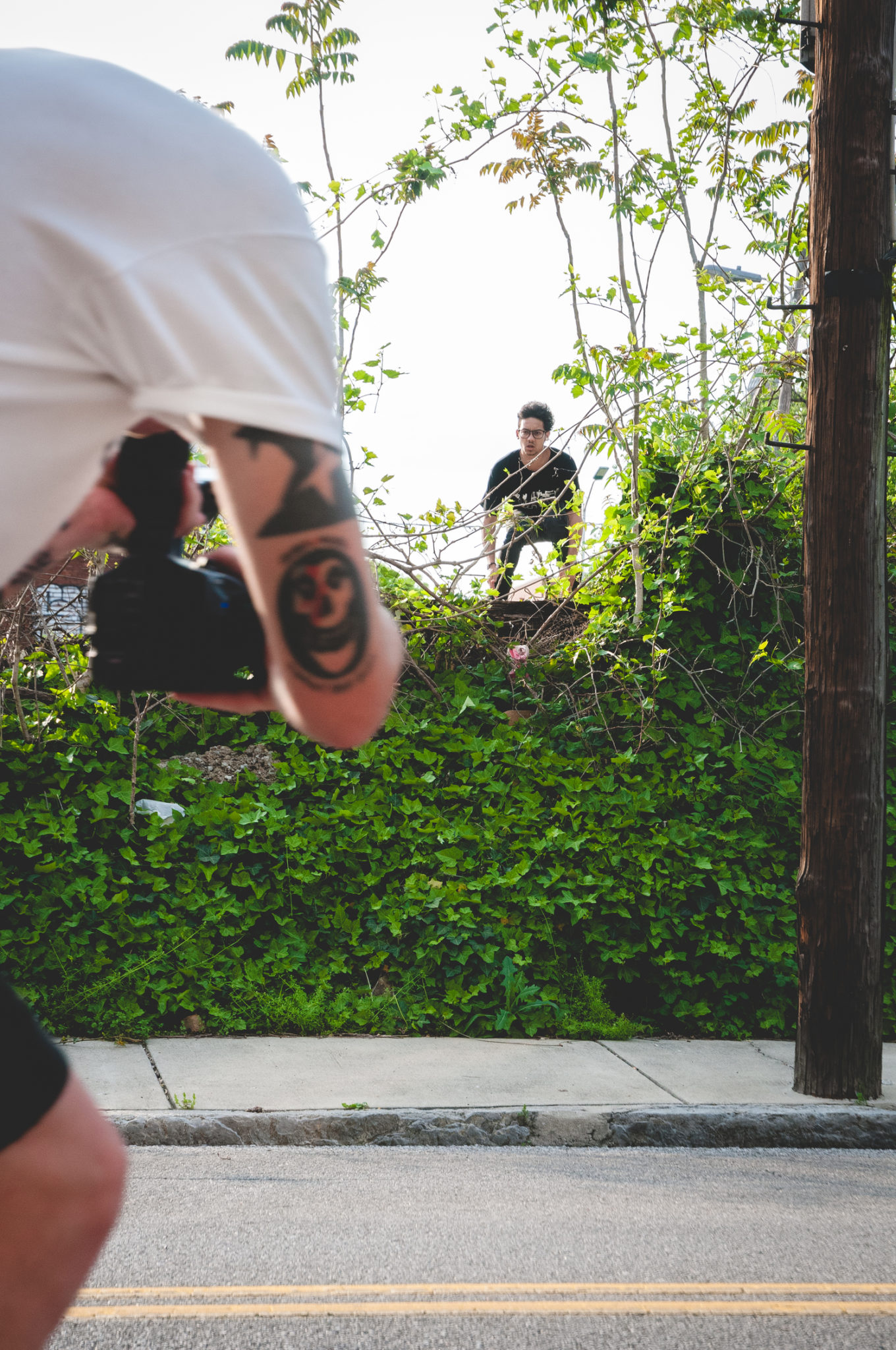 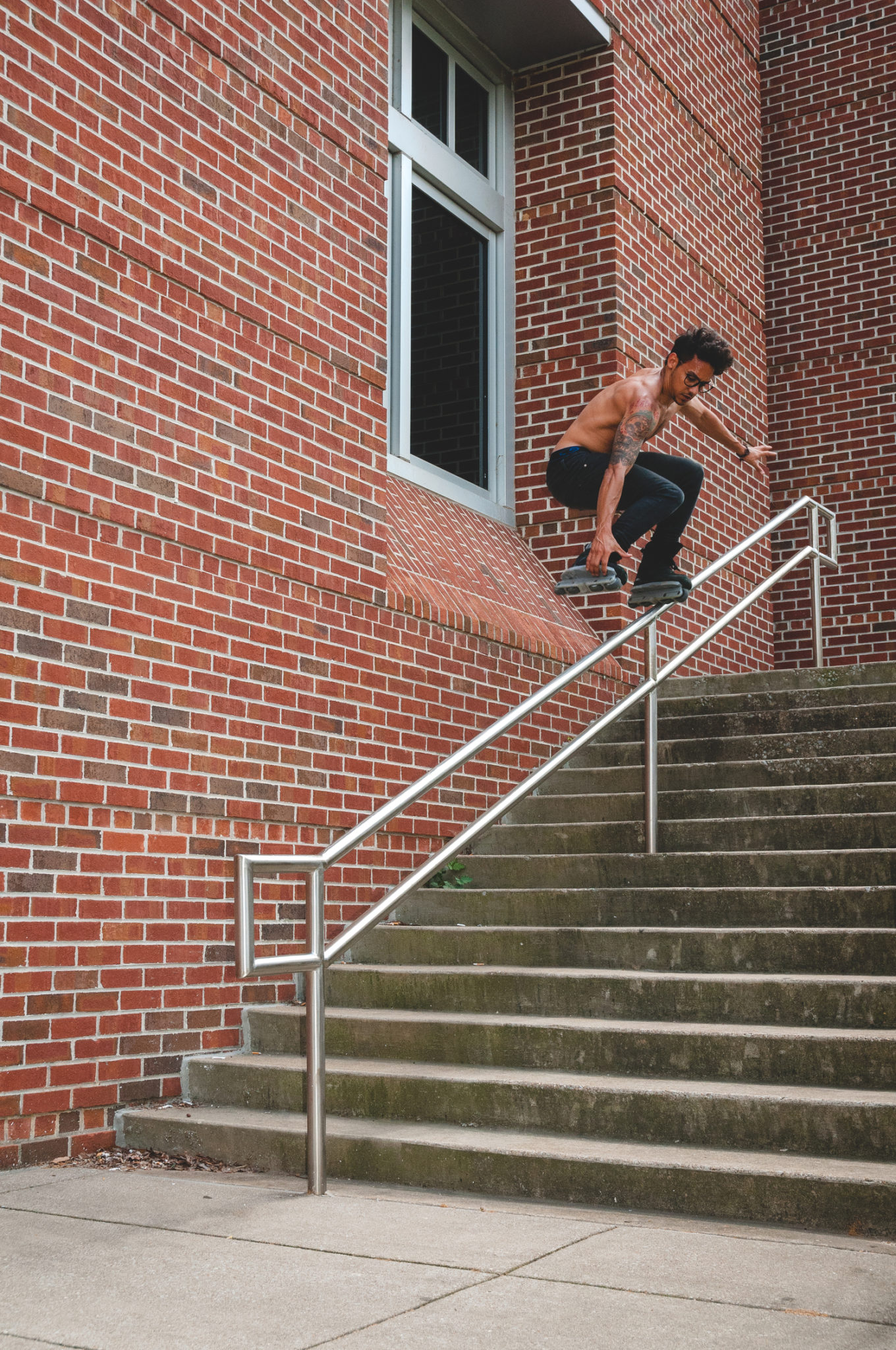 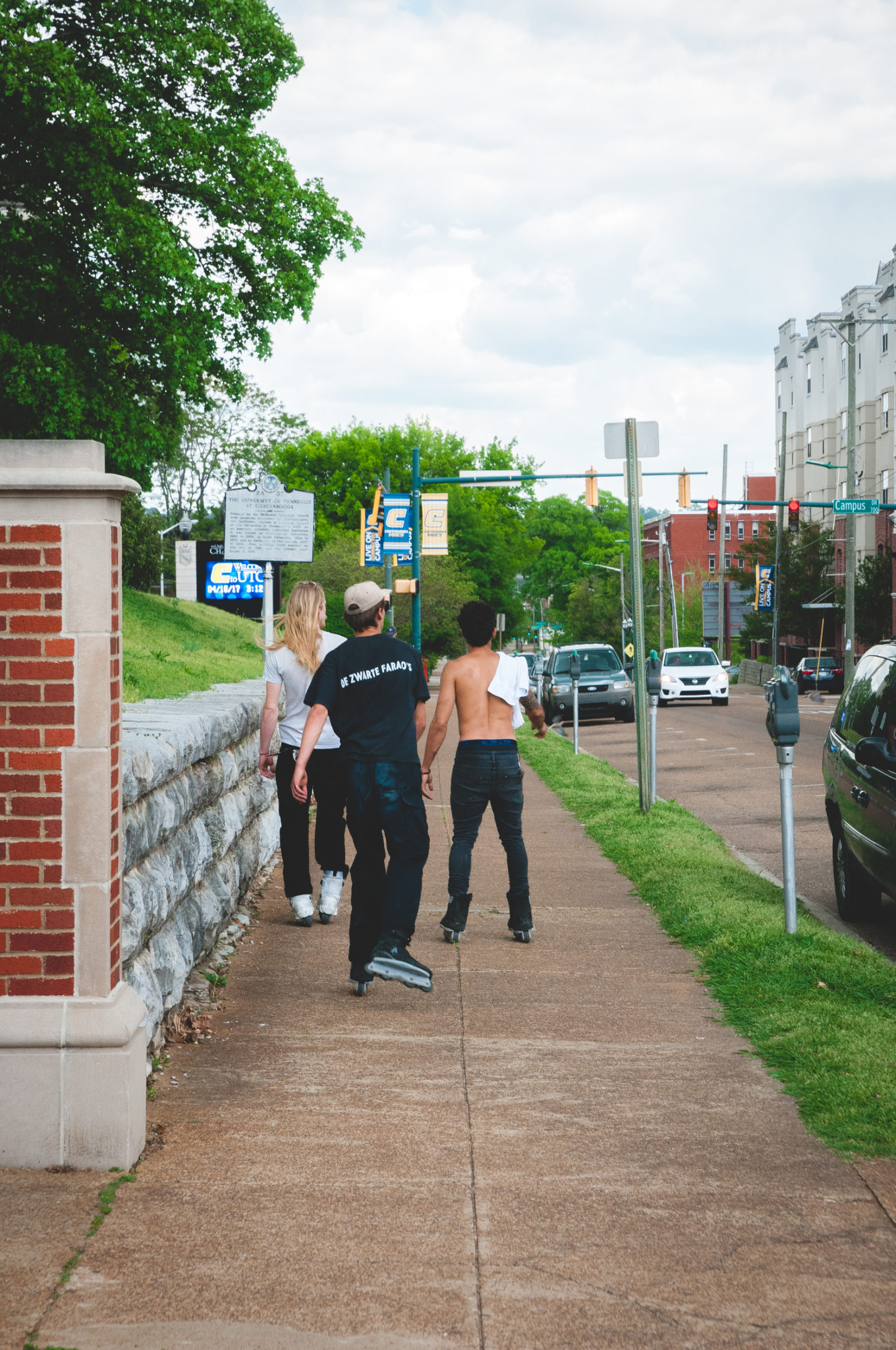 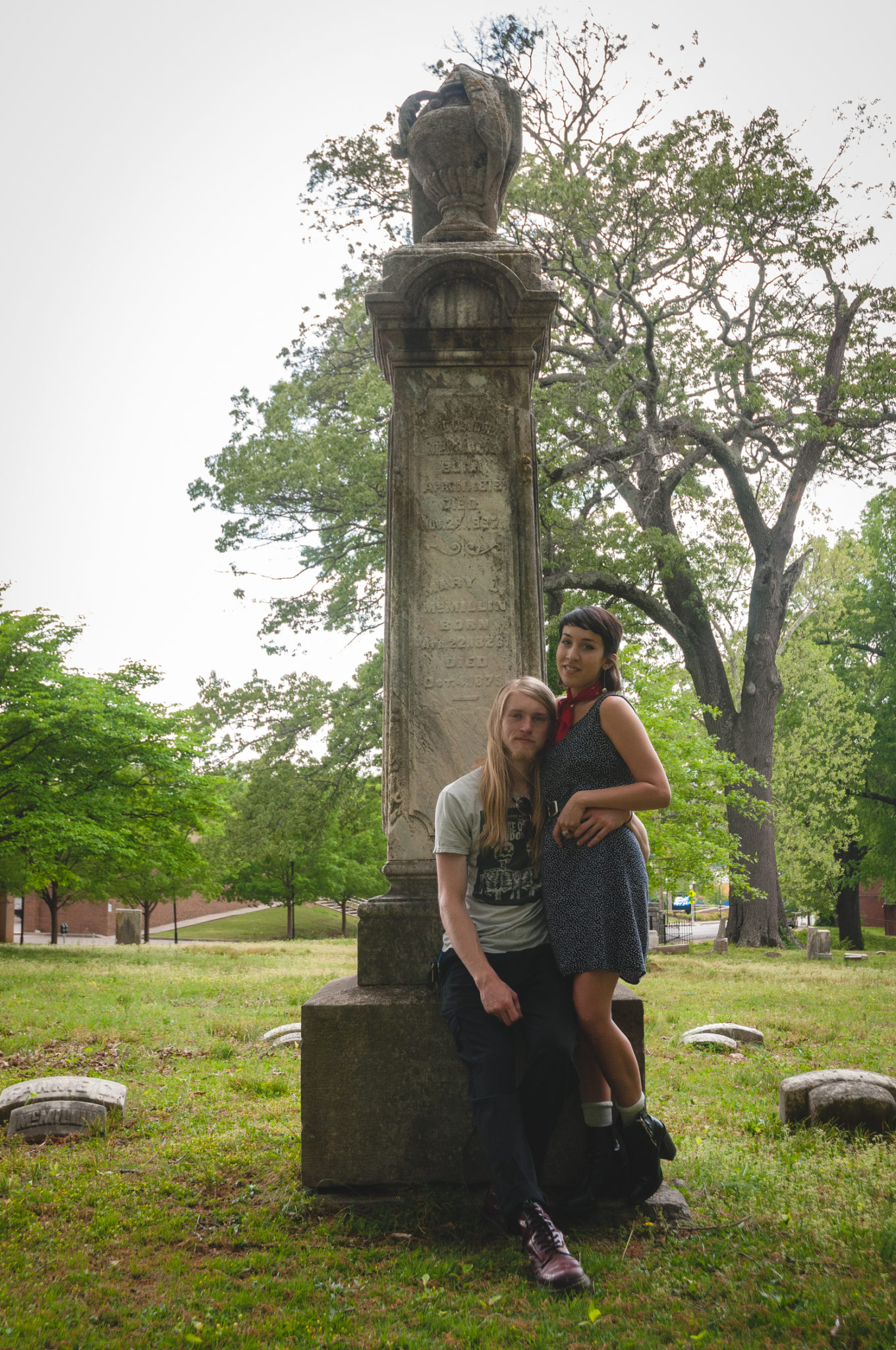 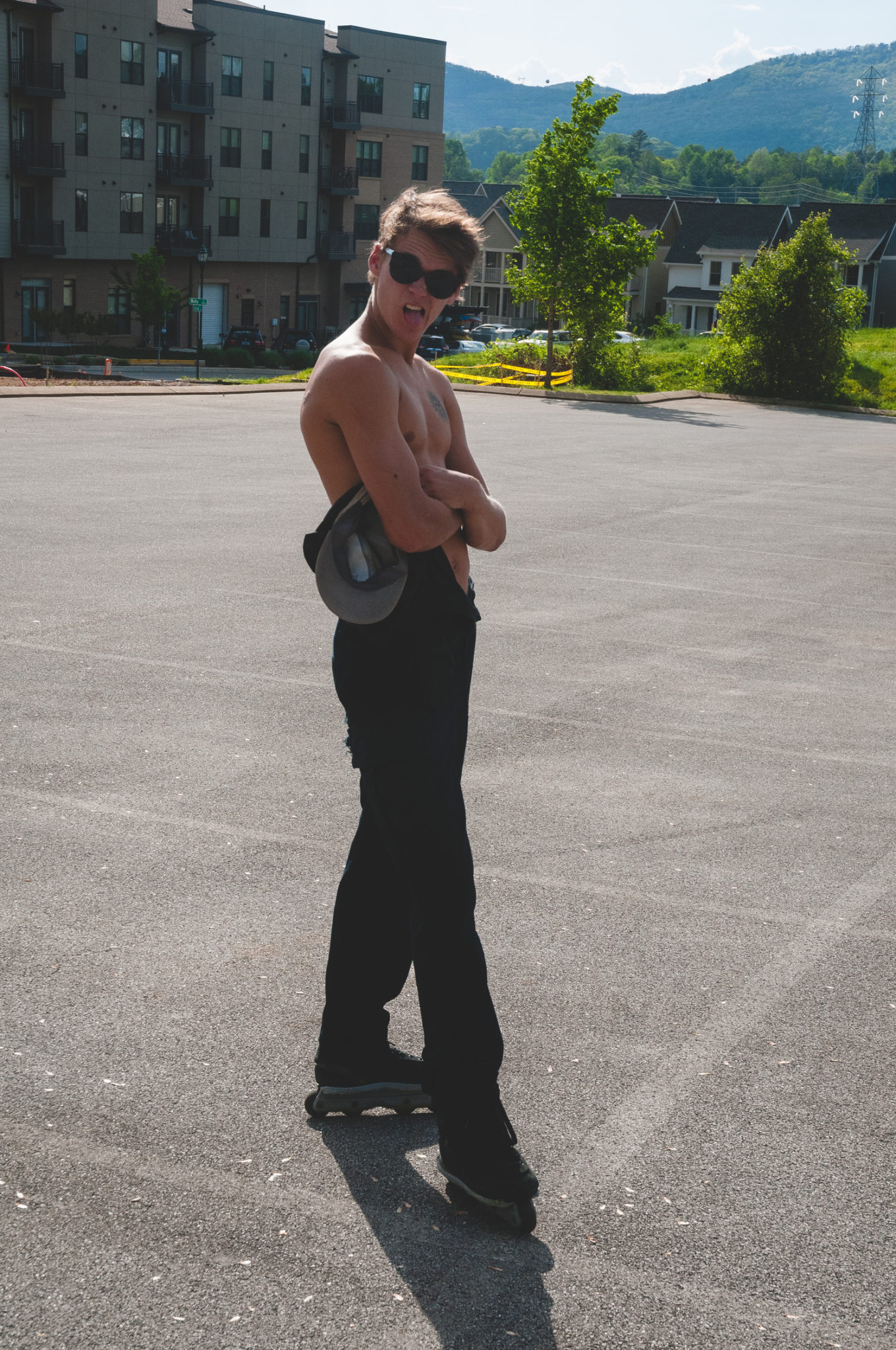 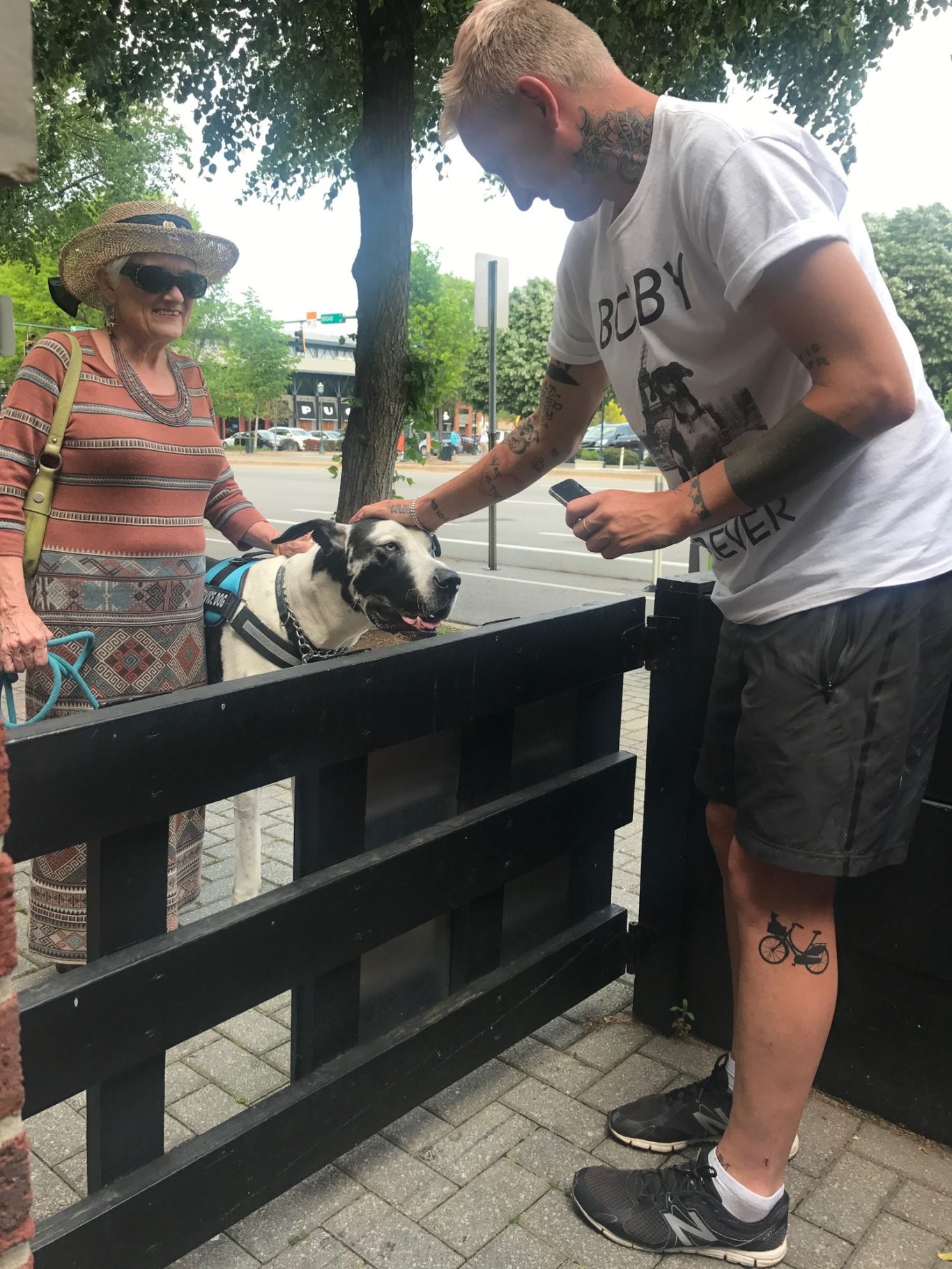 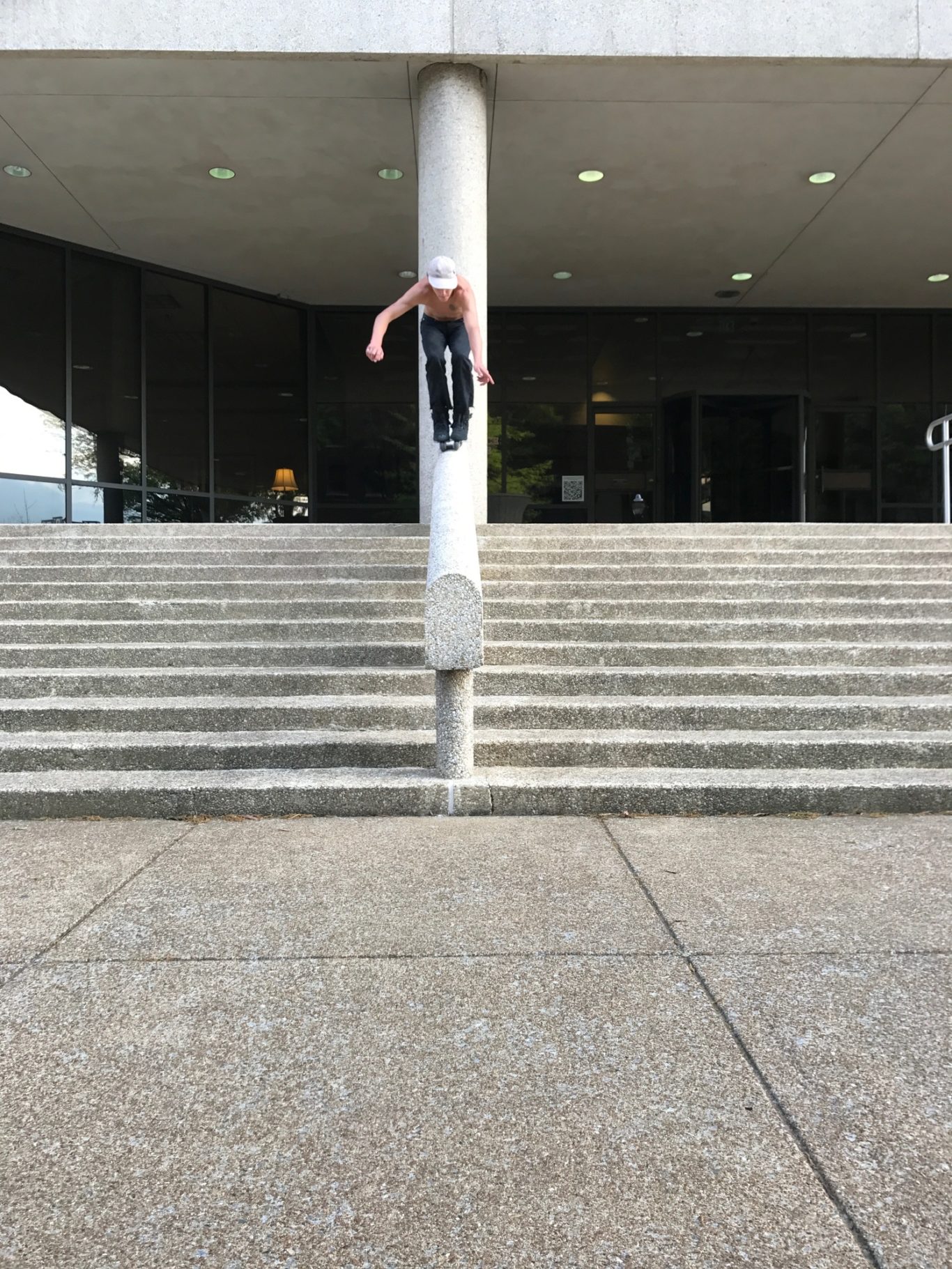 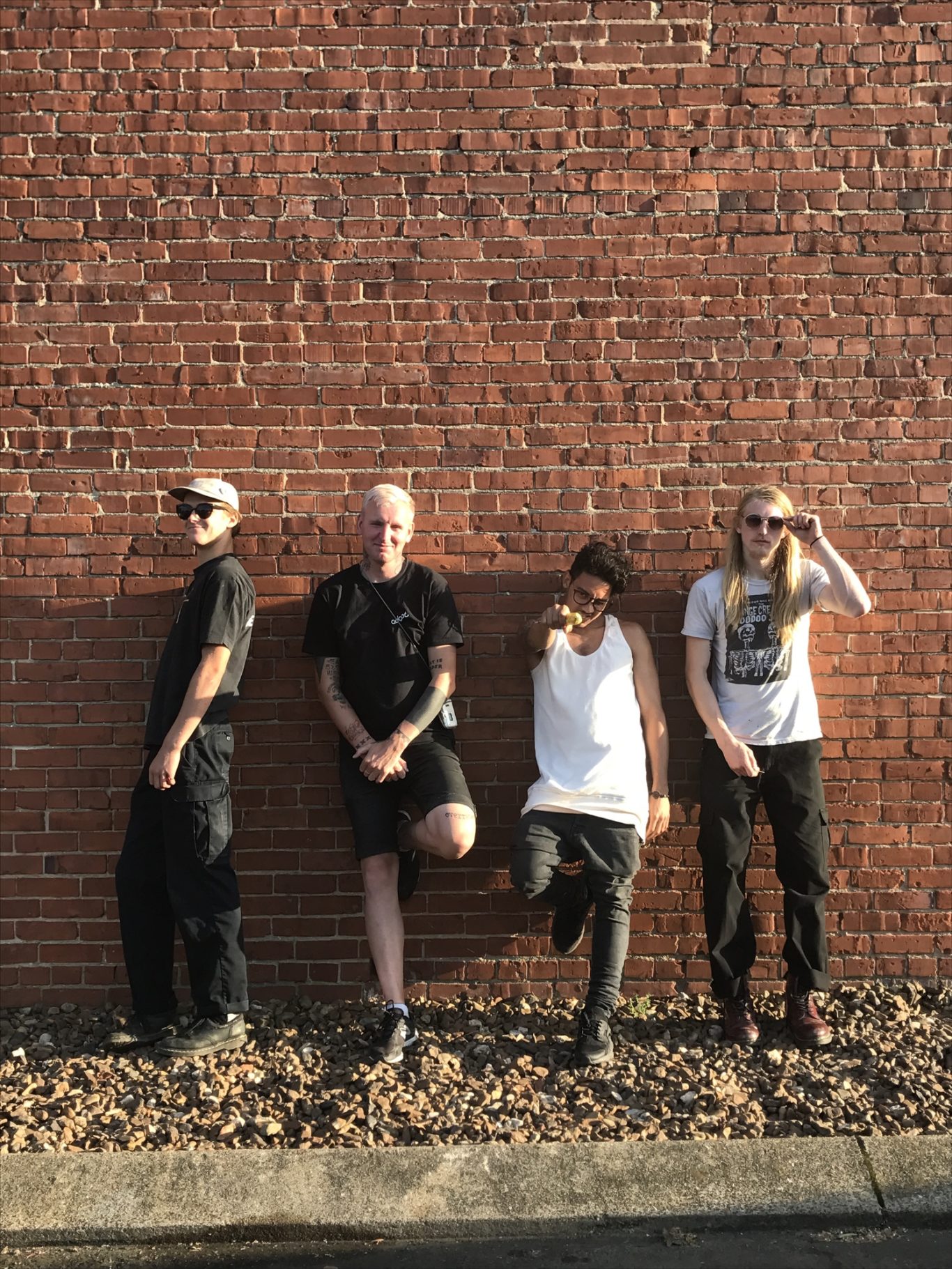 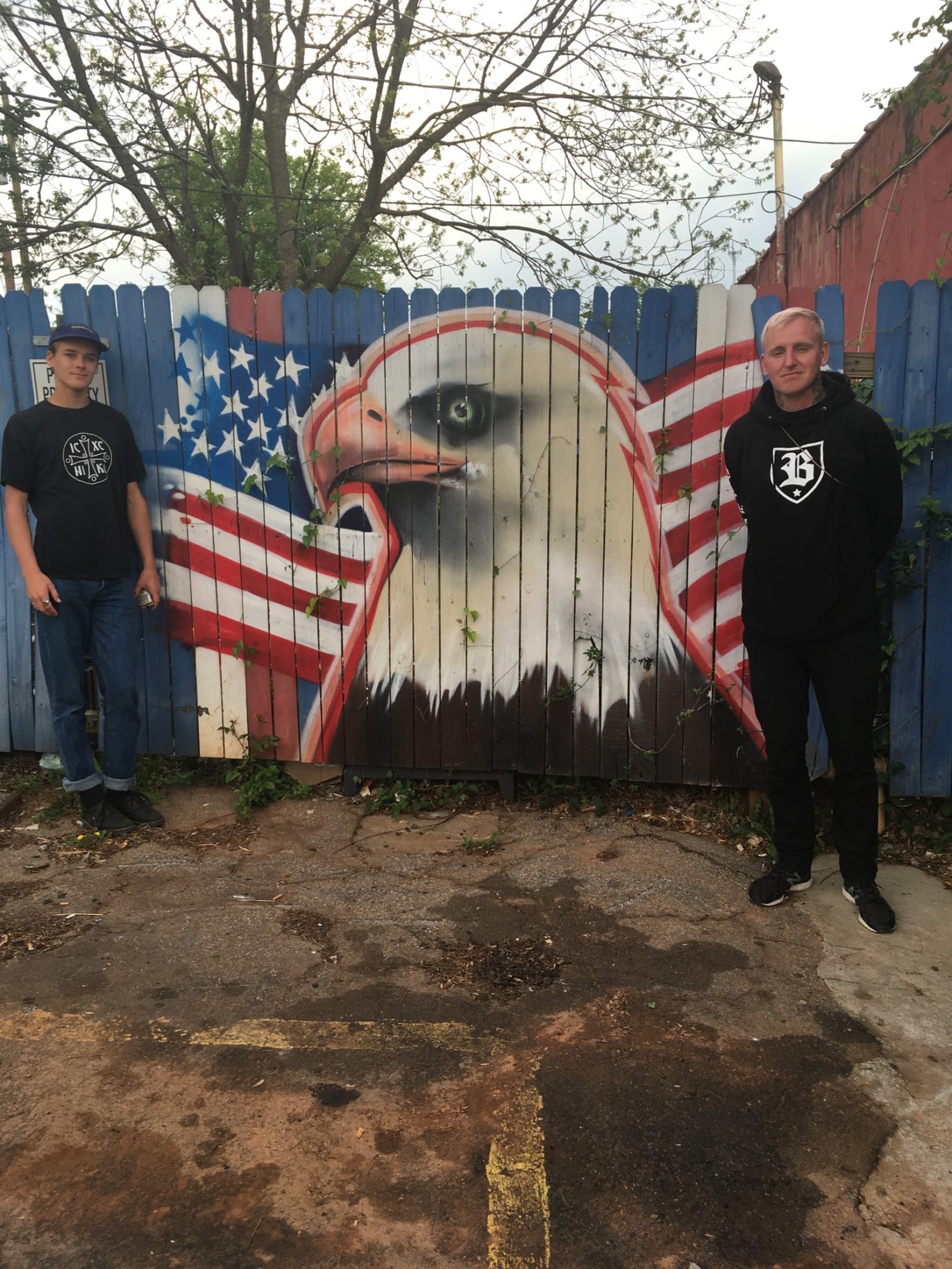 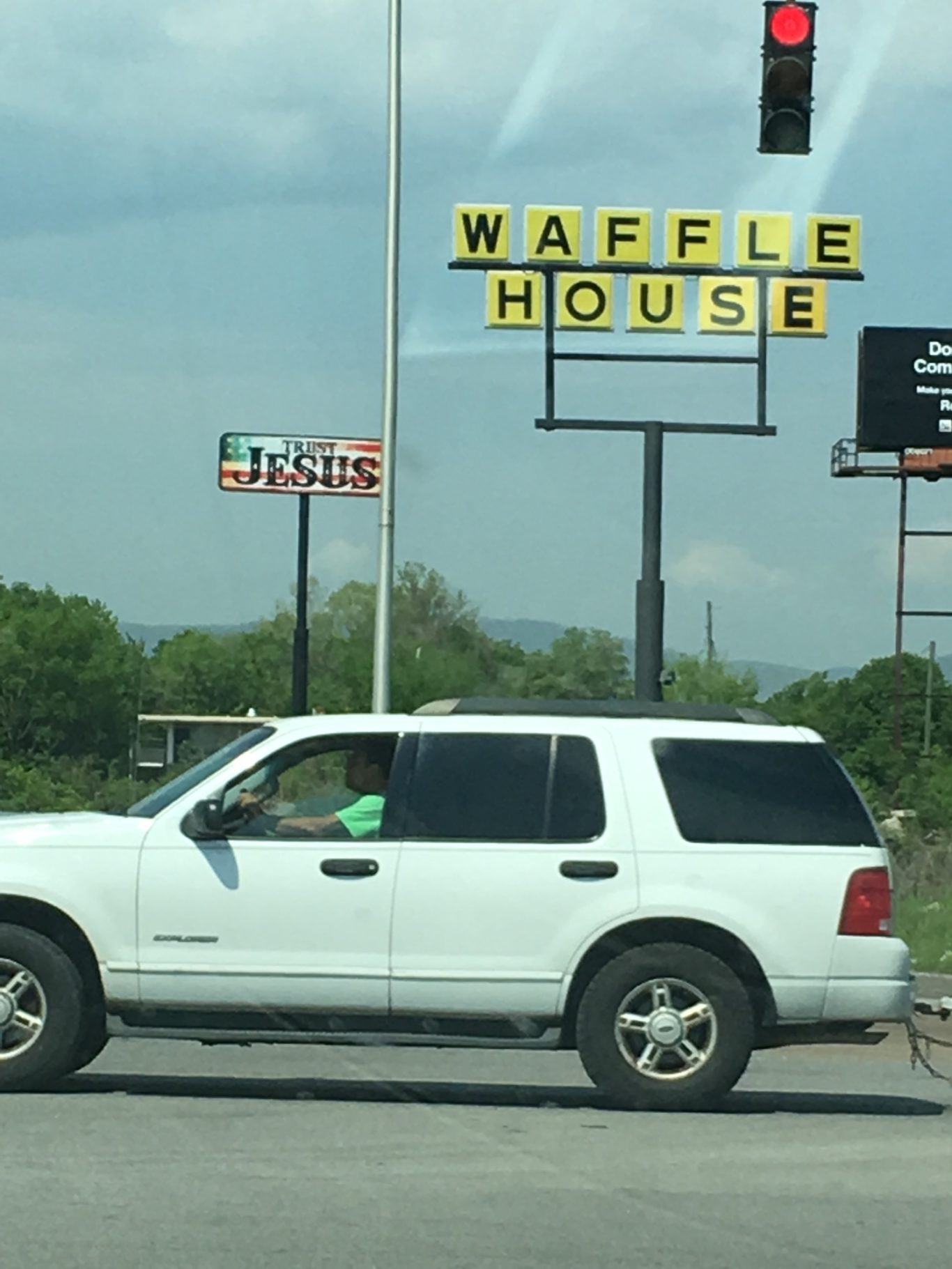 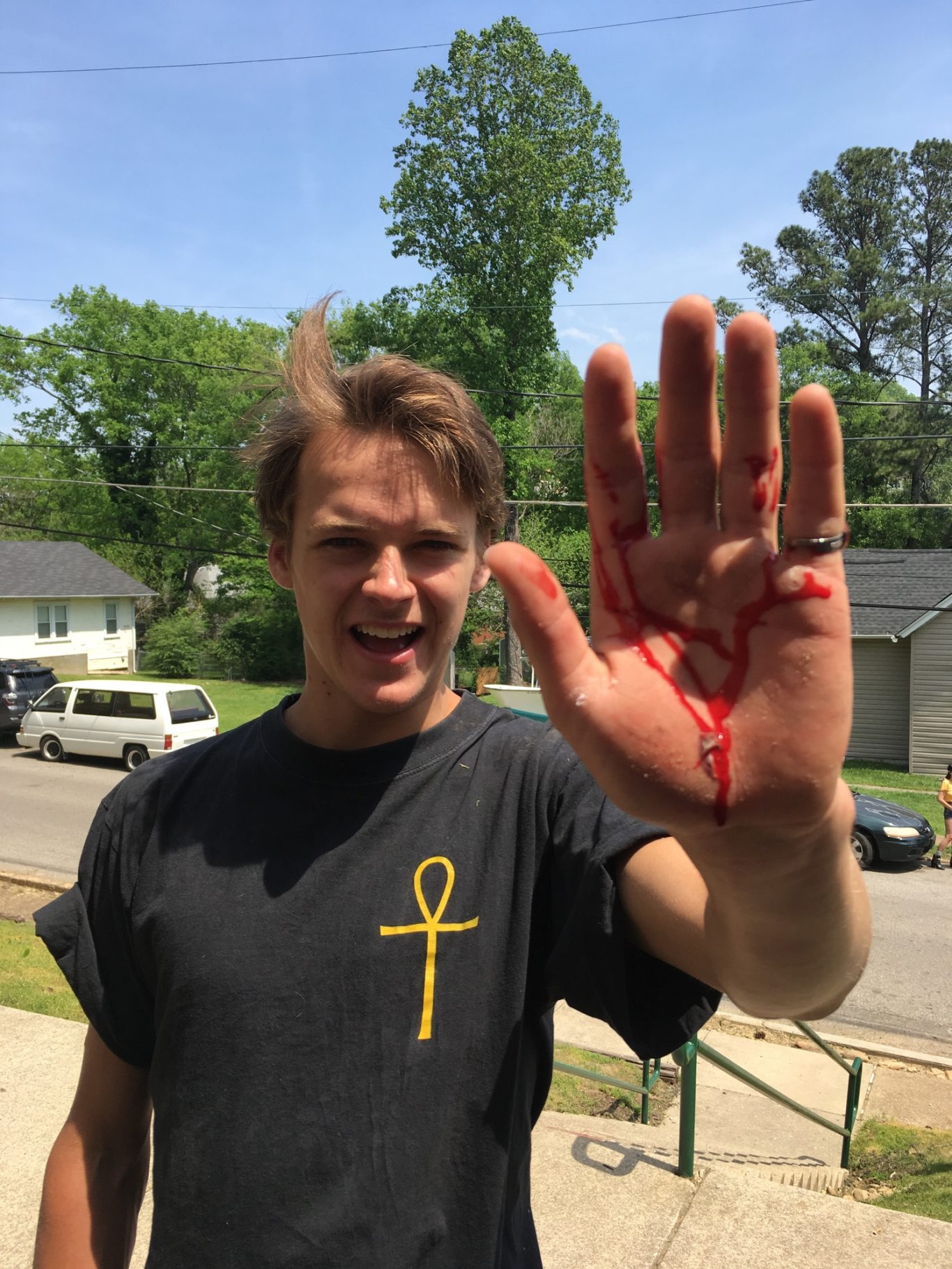 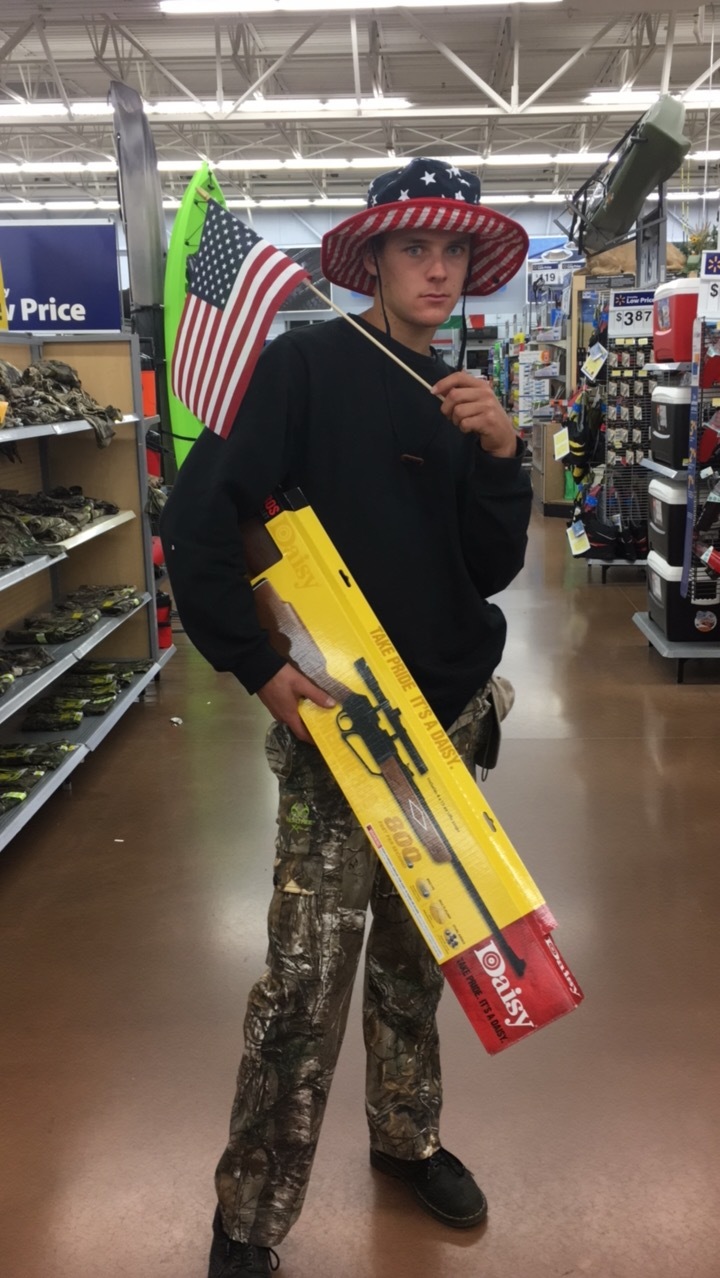 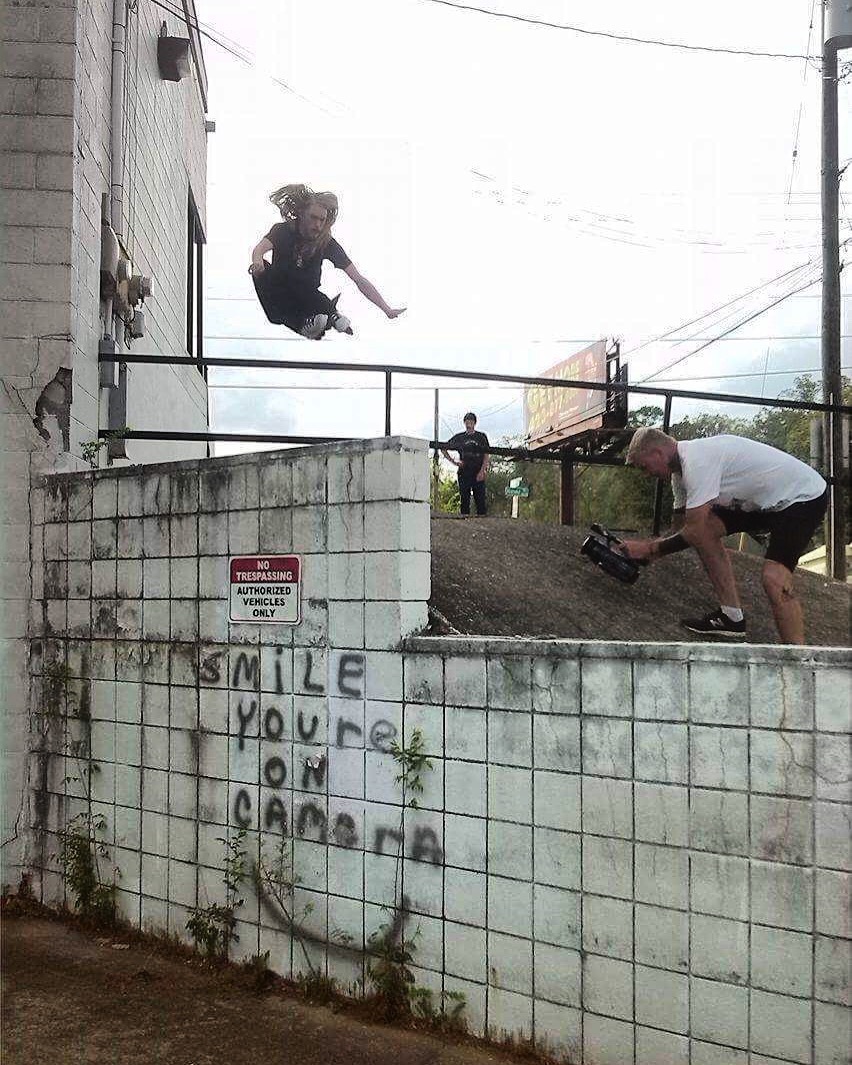