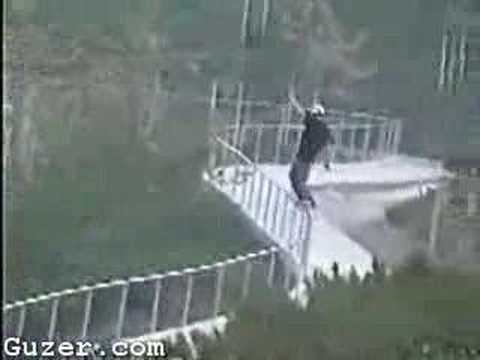 Nine years ago Chris Haffey and Robert Guerrero have both accomplished the longest grind in the history of Rollerblading. The rail they grinded reaches 666 feet down the hill, which is 203 meters. The clip of Chris Haffey doing this rail has been viewed on youtube about 1,7 million times.

Now in 2010, a German infotainment magazine “Galileo” (from the German TV Channel Pro7) flew to San Diego to trace Haffey and to catch up with him. They wanted to find out if this video is real. And of course Chris has agreed to try it again although this rail is really scary. On it’s left there is one steep versant which measures 30 meters (about 90 feet) at it’s peak.

Check out here how Chris has tackled once again this long beast.