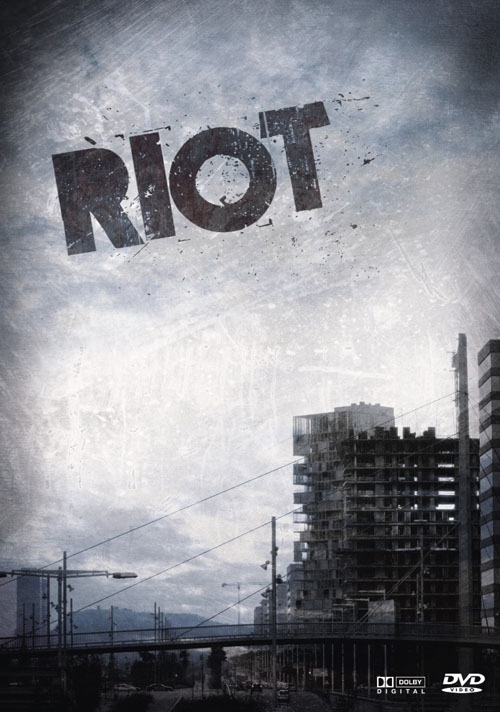 Be-Mag·November 14, 2013
Home
News
The intro to Riot is very well made, even though I think that the snowflakes – or whatever it is – that are flying around the logos of their sponsors are a bit too much. While watching the intro you get a quite nice impression of how Barcelona, the Mekka of European streetskating, looks like. You also get to see how the rollerbladers, skaters and bikers reacted when skating became illegal in 2006.

After the slow-paced first part of the intro there comes a really powerful and fast second part. It shows brutal falls, clips of torreros, Spain’s fascist area, police brutality, riots and Daniel Prell almost killing a little kid. This explosive mixture is later on also enriched with some serious hammers that go well with the really aggressive music.

Cyril Daniel is the first profiled skater. There is no doubt that this guy is a great stunt skater. In his profile you will find tons of unbelievable hammers which is good, but you can also find some flaws. His style often is extremely unclean – fakie 720 down a small stair gap with both hands touching the floor for example – the camera is quite shaky sometimes and you will also see lots of dirty lenses.

The next section is a montage which shows Ivan Malvido, Enanoh and lots of rather unknown skaters. You also get to see so many perfect, or at least perfect looking spots, that you will really have to consider spending some time in Barcelona in the near future.  Up next is Oli Benet, his section is very nice. Oli has got a huge trick vocabulary and he skates fast and clean. I did not really feel the track which was used but besides this I like his section really much!

After Oli’s section there is a mixed section starring Ben Schwab, JC Rowe, Chris Haffey, Jeff Stockwell, Martina Svobodova, Daniel Prell and many more. The best section of the DVD comes at the end. Jefferson Santana is way better than I expected him to be. His section is underlaid with a fast and pumping song. What I like best about him is that he can skate anything. Jefferson is not only able to AO Topsoul kinked handrails… he will also bust out on any death rail or ledge you put in front of him! Congratulations on this nice section, it’s a damn good final impression. All in all I think the DVD is nice but not as cool as I expected it to be!