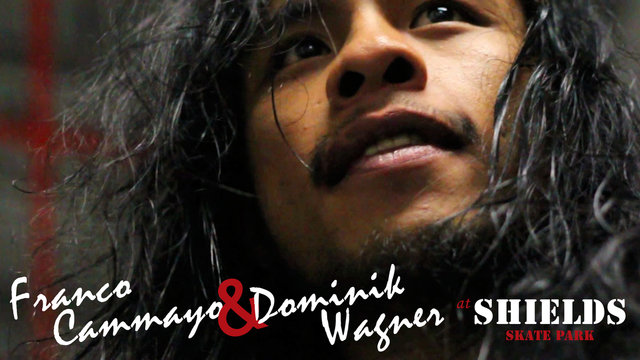 This park has been our retreat away from the winter’s cold for a couple of years now. We intend to keep it this was because the entire Tri-State area has lost several parks over the past five years due to lack of support and finance. Shield’s owner is very supportive of rollerblading and recently held the first annual, WRS sponsored event, “March Madness” within his facility.

With that said, as we arrived at Shields, I strapped on my blades and loaded the Canon. It felt nice to have the park to ourselves. We held free reign over the facility.

New York City favorite Franco Cammayo came straight out of the box ready to skate. I can’t count the endless sessions I have had with Franco at Shields but I can confidently say the man rarely does anything twice! Every single damn time we go he has come up with something new… It’s visually exhausting!

I have seen several pros skate this park over the years but not with the same ease as Wagner. After witnessing the parks limits pushed by Ramelle Knight, Franco Cammayo, Rachard Johnson, Steve Nichols, Mikey Roman, and Tim Franken to name a few, I had figured I’ve seen it all but I was wrong! Although, Dominik exclaimed how he disliked the flow, but within the hour we spent at the park he flew through it with ease and grace. He airs higher and locks harder than his predecessors simply within the first ten minutes he had stepped foot in the park.

I thought to myself: “Now, this guy is a professional.”