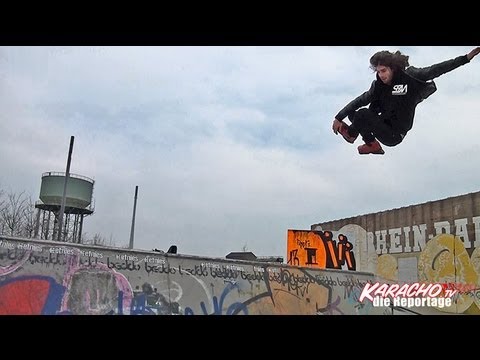 Flic Flac Exxtrem and its new show concept is very well received, and they’re currently residing in Cologne, Germany. Stops in Duisburg, Frankfurt am Main, as well as Düsseldorf, Bielefeld and Berlin will follow later in the year.

To learn more about Flic Flac Exxtreme, click here. Unfortunately, there seems to be no version of the site in English. But that shouldn’t bother you if you’re from Germany, or can operate Google Translate.

Also check out what Dave, Shima and BMX rider Dave Fahey had to say when they met up with Andreas “Wikinger” Kirsch of KARACHO.tv at Rheinpark in Duisburg, Germany for a promo gig. Epic beard alert.