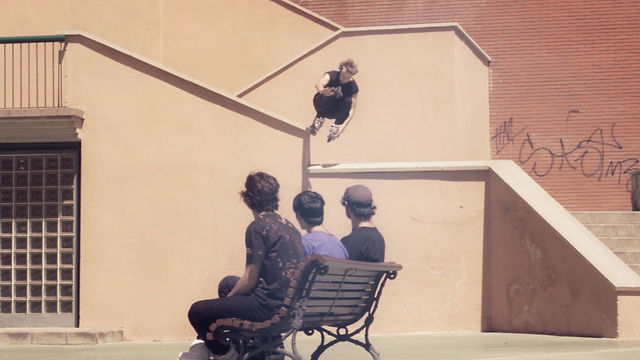 They told me it is wasn’t going to be a tour that we were used to; renting a bus and driving from city to city. This time it was going to be different. We wanted to be in one place all the time so we could get a better view of the terrain. What city in Europe would be better than Barcelona for collecting a lot of different footage from very different skaters and having a good time?! Since Barcelona was the final spot of our tour in 2009 we wanted to go there again and have some more time to enjoy the beautiful city. After spending a whole week over there, which was rather unusual for a GH tour as I’ve experienced from the past, we still had the feeling that we hadn’t seen enough. By far we haven’t but it was f****** great! I miss that city.