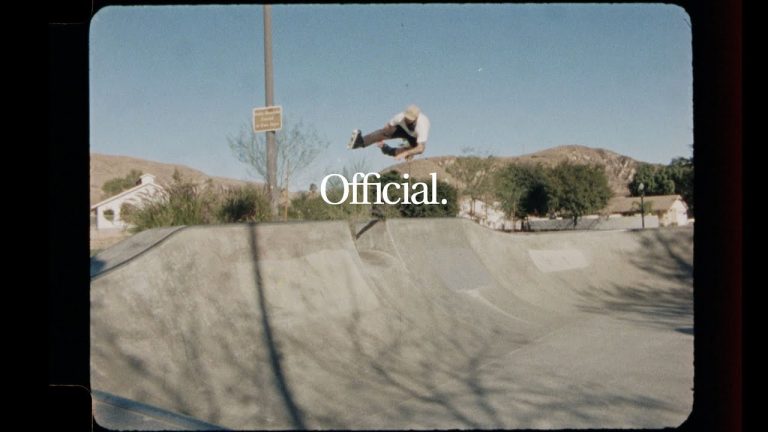 Some of the many highlights from “Official” were the Innovative underbar grinds by Kruise Sapstein, witnessing the endless lines and consistency of master transition rider Jeff Stockwell, seeing Casey Geraghty’s technicality on full display as well as a solid profile from the casual killer Sean Darst, who has one of the smoothest and most chill styles in the game currently. Also seeing rare sightings from legendary riders such as Brandon Smith, Ben Schwab, Sayer Danforth and Alex Miranda is always a pleasure! “Official” also boasts amazing profiles from G.O.A.T contenders Jon Bolino and Billy “Fish” O’Neill, who show that they are still coming through with the heat and haven’t lost their golden touch. On top of all of that hot sh*t, there was one hell of a comeback section from the man himself, Mr. Randy “Roadhouse” Spizer. There have been many notable skaters from yesteryear who have decided to dust off their old blades and get back in the game, but seeing Roadhouse come back with the VENGENCE was the icing on the already delicious serving of blading goodness that was “Official”.