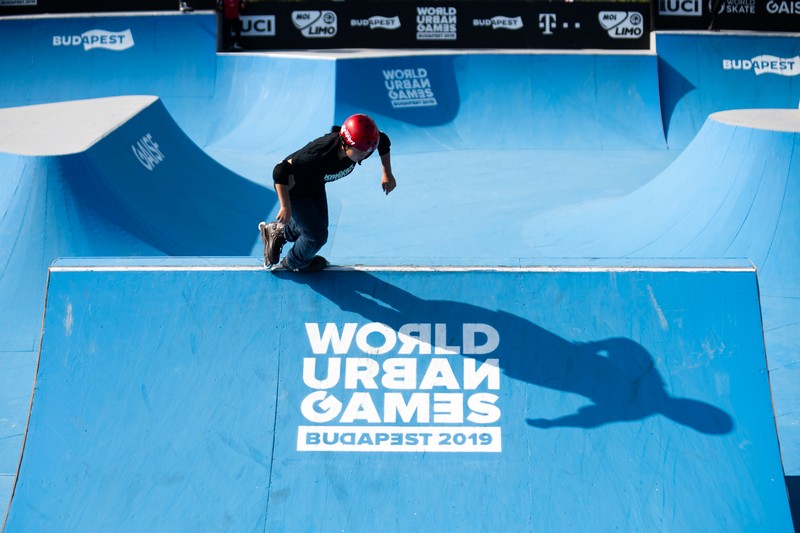 Just a week ago, the sunny city of Budapest, Hungary, hosted the first ever World Urban Games, and with 40.000€ on the line for inline, it goes without saying that the level was a bit high! Some of the very best bladers on the planet competing a massive skatepark sounds like a solid recipe, and judging by the full broadcast (which you can watch below), it sure didn’t disappoint! Check out the results below, and stay tuned for 2021!

Full broadcast of the men & women finals (make sure to disable your adblocker): www.olympicchannel.com/roller-freestyle-women-and-men-finals-world-urban-games-budapest/

“The first final of the day was for the girls. After thrilling runs, the Japanese rider Misaki Katayama got the first place with 78.33 points. The athlete had already clinched the silver medal at the last World Roller Games. The second place went to Spain with 75.66 points thanks to Maria Muñoz. The bronze medal was clinched by Japan with Suzuka Hyoyama scoring 73.66 points.” – World Skate 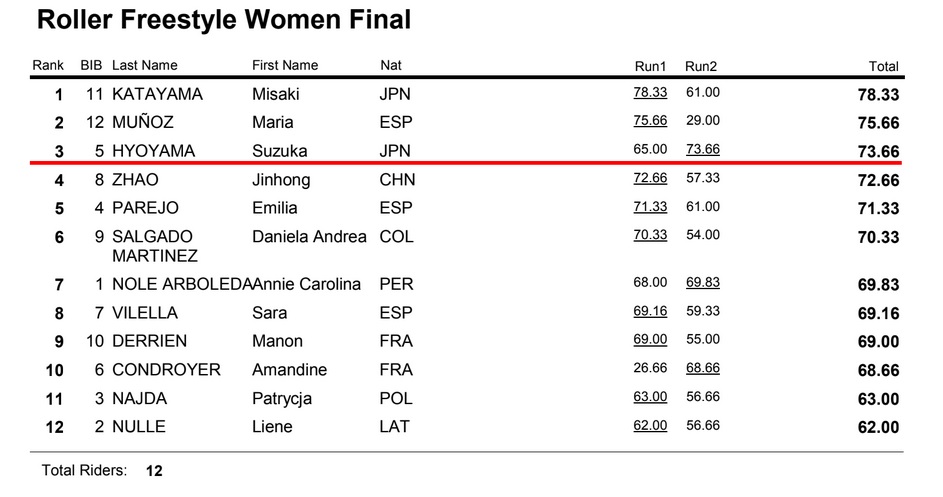 “At the end of competitions, following the semifinals of yesterday, the French skater Roman Abrate won the gold medal and the first money prize with 92.00 score. He definitely got his revenge following the WRG of Barcelona in which he got the ninth place. The swiss athlete Maxime Genoud clinched the silver medal with 90.66 score, thus improving the World’s final result (4th place). Sem Croft (NED) got the third place with 89.33 points score.” – World Skate 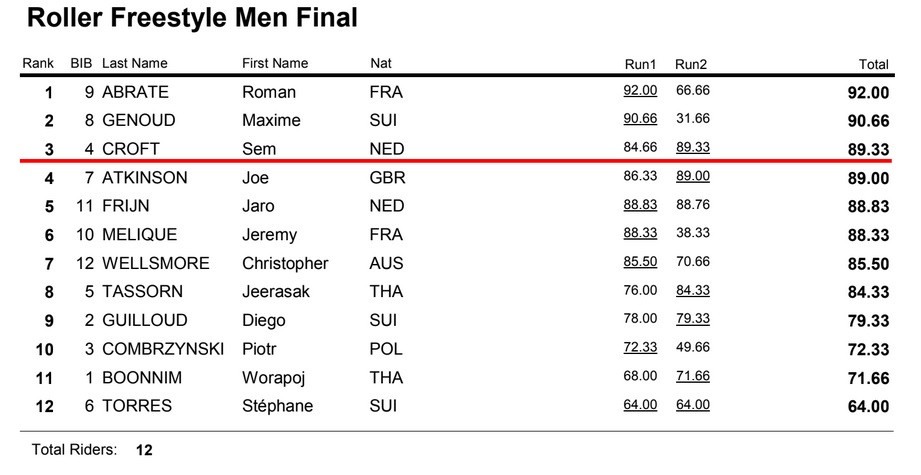