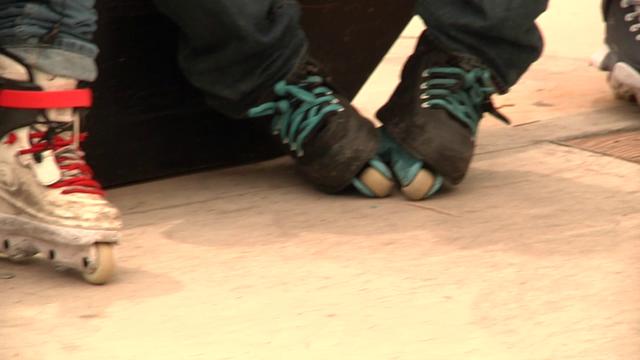 Intro by Oliver Nermerich
Edit and story by Joseph Perez

August 21st 2010 was a day in which I was damned to be in traffic. For a whole hour I was stuck in traffic on the GWB trying to get to the LMS to get this Official edit out. Now when I get there it is already half way through the Grom rounds and I begin to film the am’s and some that aren’t competing in the Am addition but in the Pro addition next week. People threw down before the Am event started, but when it did start, throwing down wasn’t even a question. People were lacing flawlessly from Sean Grossman to Tim Franken to Carlos Montenegro. Mid 2nd round a child runs in front of the rail and Rah (host of the event) stands as a brick wall in order to save the child from being injured, at the same time Modesto jumps off the rail and smacks the brick wall with his back. Everyone proved themselves this day as they continue to skate through the pain just as Modesto did. Final round and there are 10 people who made it. Right before the last round it was about to begin, Victor Callender announced that all 10 individuals were going to next weeks LMS Pro competition. So finalist were given 15 minutes to just skate. No contest. Everyone continued to skate as if there was thousands of dollars on the line. Sean Grossman proved himself that evening as he rose to the final round with amazing style but was soon to face an ankle injury due to a close and almost perfect 720. Tim Franken was mass murdering this competition even before the final spot. A massacre was the only thing that we could call it for the man never went simple enough to just lace a soul or a royale. 540’s and 360 tricks were in line and even switch ups on such a short cut rail. This Night New York Proved To Be Making Its Come Back In The Skate World………. And I Was So Happy To Be The First To Revise This History.