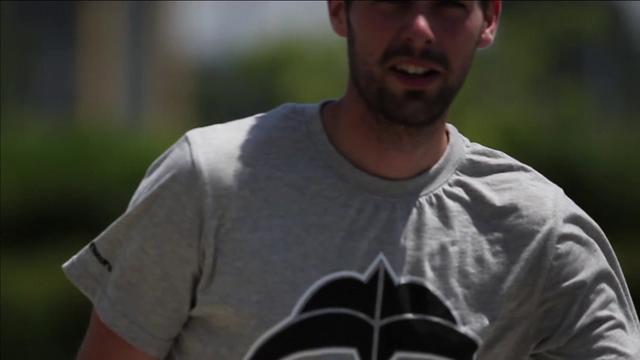 The show is not over yet. It’s now time for Taylor Ritchie to take the stage. This Ontario native has been shredding since the mid 90’s and since first venturing from the farmlands of Lindsay, Ontario for street contests in Toronto, he has been a major part of the scene here. Street skating and creativity is where Taylor shines, his skating tends to stray from the norm with tech lines and a trick vocabulary that separate him from the majority of rollerbladers in Canada.

Aside from skating Taylors social life shines, his adventurous side has recently pushed him to migrate west to explore a new side of our great country. Since his migration to Vancouver last fall he has managed to skip another brutal winter which has allowed him more time on his skates and it’s already showing in his recent online edits.

Taylor was a huge push for me to start filming again. His tricks were too good for only us locals to see and when he received his sponsorship from Razors last spring it was finalized, he needed a section and it was going to happen. We’re all hoping for his eventual return so we can let the good times roll again.

Take a moment to check out this Canadian legend!

Check out http://rolltoronto.ca for the latest news from Canada. Next week we’ll show you what the main man behind all this, Mr. Daniel Lefebre, has to offer!

Have a look at the previous features of “Picture Me Rolling” on Be-Mag here: