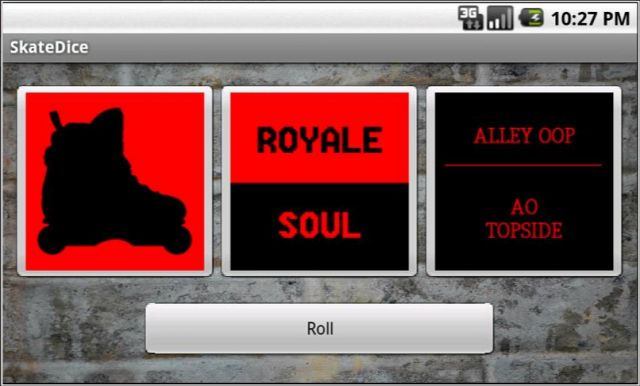 With Chris Haffey as its most famous ambassador and thousands of rollerbladers all over the world making it a part of their daily rolling routine new B.l.a.d.e Game goodies were bound to pop into the market. Art of Rolling picked up on this opportunity and after having introduced the Art of Rolling skate dice they now present the Art of Rolling Android Skate Dice App.

Art of Rolling presents the first aggressive-skate dice app for the android. Leave the odds to the random dice generator or stop them whenever you please by simply press on the dice as its rolling.