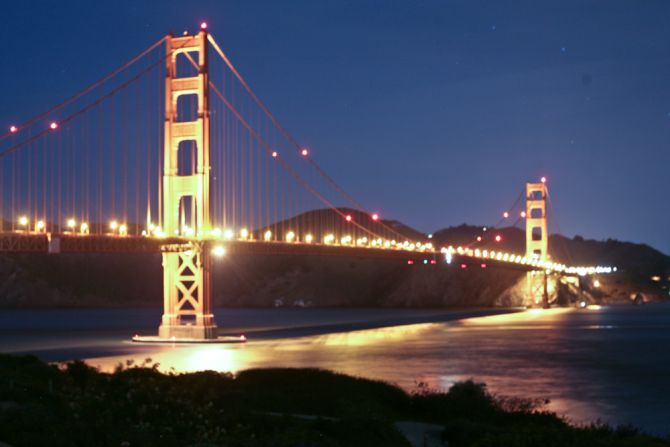 Introduction and Article by Brian Krans
Photography by Megan Petersen

Those who stay long enough get absorbed into the hyper-political, whitewashed designer-sunglass and yoga-on-Sunday-mornings crowd. If you live here and refuse to work 80 hours a week, you can’t afford shit.

I’ve lived in San Francisco for three years now, seven of those months include living in the same room as Illinois transplant Tyler Noland. I came to live in the land of the freaks because I was sick of the judgment of an uptight Midwest crowd. In my time living here, I realize it is impossible to out-freak San Francisco. No matter what you’re doing, someone is doing it weirder and with a strap-on.

After a while, all the quaint and quirky shit gets a little old because you start seeing the same people doing the same shit everywhere and giggling like little shit heads because they think they’re special. It’s like you can’t go anywhere without seeing people with hula-hoops or a flash mob. I still have yet to see the appeal of any of it.

So, to add some fresh perspective, Ash Gavin, a jolly good rollerblader from Liverpool, U.K., recently visited and decided to share his advice on what to do when you visit San Francisco.

FIND KRANS AND TYLER. If they want to be found. Do not move forward without them. Do eat a brain taco in the Mission at El Farolito, whatever Tyler says, and do not claim to enjoy it. Do drink a beer in the sun in Dolores Park. Don’t throw away your paper bag. It matters for some reason. Smoke whatever you want, and stop caring about Amsterdam for the rest of your life.

Ash brings up a valid point about the brown bags through. While you want to punch every hipster who buys PBR because they think it’s a poor person beer instead of a quality way to get drunk enough to have puking contests in an alley right in the fucking face, you brown bag cheap beer because it’s the only way to afford to drink around here. If you’re going to be drinking in public, keep a brown bag on your shit. For some reason, that’s the signal to police that you’re cool or something. Either way, you can get busted for drinking a naked beer on the front steps of your house like I did.

But you’ll be coming here to blade, too, so we should talk about skate spots. Here’s Ash’s advice…

Some of the spots toward the Southeast of the Mission are great to warm up on, especially the ledges at Rolph playground and the skatepark across the street at Potrero Del Sol.

Have a crack at blading on the waterfront, Pier 17 has those ledges from Stockwell’s pro skate edit, some other round ledges nearer Embarcadero and further towards the marina Tyler can show you some death spots if you want to die blading. Mourn the In ‘n Out ledge. But check out whatever it was they hadn’t built near there (flat/curve handrail, weirdly shaped ledges?? Down in the like courtyard bit)

Then again, while you’re mourning the In ‘n’ Out ledges, at least you can dry your tears with a Double-Double with Animal Style Fries. (I don’t give a shit if you’re vegan, you’re fucking eating it!!!)

There are tons of street skating spots all over the city. Nearly every hill has a sidewalk line worth doing. There’s so much to skate, it can house generations of some of the most talented skaters in the world—along with a steady stream of touring and visiting bladers—and still have time to build new spots while they’re here.

Since San Francisco is a fucking bubble elsewhere, they spend stupid amounts of money on things with zero disregard for what they’re doing. People regularly build stupidly huge and extravagant homes with all sorts of wonderful-looking (and skate-able) curbside architecture. They’ll spend $1.8 million on a condo, but don’t know we’ll happily come by and fuck up their paint job on a regular basis.

As long as they’re doing everything with their money to completely strip any authenticity from the heart of a city that began so many great rebellions, I applaud everyone who fucks up their playhouses.

As far as pointing you toward specific spots, fuck you. You have to put the work in to know where the goods are. Fools like Kevin Yee, Thomas McGovern, and John Vossoughi are doing that on a regular basis to film for tons of shit. The hell if they should just fork over the goods to you because you’re reading something on the Internet.

Besides, as Ash learned, if you want to skate good shit, you better be prepared to travel.

Bart from near there (24th street) and do not get off ‘til Oakland where the real spots are. Go everywhere with Shredweiser. Blade, get fucked up, repeat.

Here are, however, non-blade things to do in San Francisco if you’re visiting:

Places to Get Your Fun on:

Brown bagging in the Mission: While drinking in public isn’t exactly illegal, very few people get busted doing it. That is, unless you act like a complete moron. On a decent weekend day, you can sit in Dolores Park at 18th and Dolores like the rest of hipsters, talk on endlessly about your last free-range, locally sourced, vegan taco you had. While you’re chugging away free beer, be on the lookout for the people selling weed truffles, weed Rice Krispie treats, or any other foodstuff you can put weed into. When you’re all drunk and high, go and play on the giant playground and scout the skate spots in it.

Tenderloin: Want to see a crackhead get head in an alley while he smokes that nasty shit or want to get chased around my a midget hooker? Well then come on down! Besides some decent hole-in-the-wall bars, the Tenderloin exemplifies urban decay because while thousands of drug-addled junkies wait to rob you at knifepoint for a quarter, just a mile or so up the road is where Google millionaires call home. Isn’t America grand?

Ocean Beach: The second the sun sets, the ocean breezes turn bitterly cold. That’s why you go out there and light some shit on fire and have you and your friends a good ol’ Californian beach party. If you feel compelled to go into the water, know that you’re going to have a bad time. The shit is always freezing to the point it will make your bones hurt.

Haight Street: Before you even think about it, know this: the summer of love is fucking over. The place is crawling with tourists and gutter punks, the trust fund kids who slum it across the city asking for your money, but denouncing the corporations you earned it from. Lower Haight was home for many rollerbladers about a decade ago, as that’s where D-Structure is located, but its blading roots have dried out long ago. You can score drugs at the end of Haight Street near Golden Gate Park, but you can’t always trust that shit.

Golden Gate Bridge: It’s there. It’s big and orange. If you have to go see it, it should be on the way to a skate spot. If you’re compelled to walk across it like every other tourist, you’re wasting your life. You should stop in the middle and jump off it. Hell, it is the No. 1 suicide destination in the country, so as long as you’re doing stupid tourist bullshit, kill yourself like everyone else as well.

Really though, you can’t just read this or any other tourist guide bullshit. By the time you read this, things could have completely changed. Neighborhoods switch from good party spot to shithole in a weekend. Skate spots get capped.

You need a real life tourist guide. You need a blader who lives here. You need a place to crash so you have more money to buy trinkets for your girlfriend and shit.

Basically though, blade Oakland and not SF, unless you catch a Sunday thingy in the Mission. Don’t know where any of the spots are, but Shredweiser know them all and you’ll need to be driving anyway.

If you’re in the Bay and somehow not mates with the Shredweiser guys, I don’t know what the fuck you did wrong and you may as well go home. Get them to take you to Continental Club ‘round the corner from the house for free shots and comedy from the coolest old barkeep alive. Get a tattoo from Austin Barrett, and add some more peer pressure to Buck if he hasn’t got his yet.

That’s Oakland. We currently don’t have a good place to stay for traveling bladers in the city, but that’s basically what the Shredweiser house is. You show up at their door and expect a place to sleep, there’s a good chance you’ll find out what your own colon tastes like.

All you have to do is come here with a good sense of humor and beer money and you’ll have a good time.

The best though is to make friends with one of us beforehand and you’ll get hooked up with a tour guide. Most of us like showing people around.

Here’s a warning though: people who are comprised almost entirely of bullshit do not work well here. I’m not talking about the natural bullshit of the city, I’m talking about general douche baggery. If you complain all the goddamn time, expect us to line up seshes so you can meet everyone you want to, or have to disrupt the vibe of pothead rollerbladers, stay the fuck at home.

This city has been skated by legends and locals since the day rollerblading was invented. The insane landscape has carved amazing rollerbladers that are currently touring the world. If you come here with the attitude that you’re anything special, we’ll beat your fucking teeth in JSF style and think nothing of it.

As long as you respect that we all have our own lives and we’re pausing them to accommodate you, you can chill with us.

If you’re funny as shit like Ash, you’ll do well here. We like to laugh a lot.