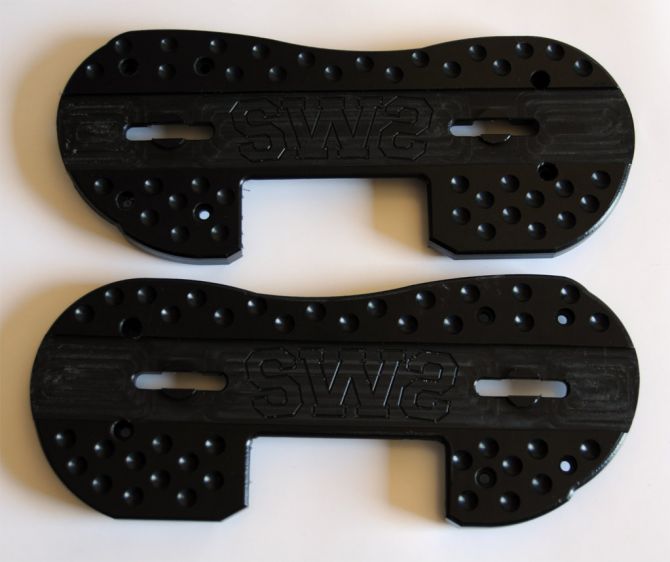 Hi Mark, good to speak with you. What’s currently happening at SWS?

Well, we’ve got a lot of stuff going on. We’re trying to get a lot of new hardware out this year. We just started shipping our new UHMW Razor SL souls as well as Remz 1 piece souls to go along with our Anti-rockers and 50/50 Juice blocks. A new line of soft goods is in the works, as well as some other hard goods & accessories. I’m also working on a new “team” concept, that really isn’t like any traditional team before, but should be pretty cool once we get it all finalized and everyone on board.

Where do you see SWS going over the next years?

I continue to see SWS grow and break new ground for hardware and accessories. We’ve got a lot of capabilities in house now to make just about anything you can think of, so I definitely see some cool things coming out in the next couple of years.

You were also involved in Night Hardware, what is the future for Night?

Yes, I was part owner of Night along with Al Dolega. Night is dead. It had a good run, but had a lot of manufacturing problems and delays, and it was just time for us to end it.

How is skating developing in the Midwest?

It’s doing alright. The Midwest has always done it’s own thing, and I think it still does. Being spread out, and having only a few concentrations of skaters is what makes the scene out here cool. Cause when you have a comp or event, people come out from all over that you might never even known about, and you can end up finding out about new spots or people to blade with. Of course it’s not like it used to be, but nobody’s really focusing on the past here, just looking for ways to keep things moving forward and progressing and growing.

Are there any plans to bring back the famous SWS shock absorbers?

Most definitely! We’ve been having issues with our supplier, but we’ve been trying to test some new materials, to try and improve on it a bit. So hopefully we can get things worked out with them soon, and get them back out there.

You’ve now been involved so long in the skate industry, what are your thoughts on skating and the industry when looking back?

It’s been a roller coaster ride, but it’s been fun. Of course things aren’t like they used to be, but the main thing is that I think we’ve got such a good base right now, that if things were to take off again, we’d be in such a better place and so much stronger than we were before it would be amazing. But, at the same time, if things don’t get better, I think that in some ways it’s ok too. It keeps things pure and true when times are tough, and you’re the outcast, which is good, but it’s hard to pay the bills or build an industry on such a small pool of people.

What new projects or ideas are you working on currently?

I actually have 2 big projects in the works, but I’m not really ready to let the cat out of the bag just yet. About all I can say right now is that one has never been done before by anyone, and the other has never been done right, and I think we’ve got it right finally. Both still have a lot of testing to be done so I don’t want to jump the gun too much, but it should be some cool stuff. Keep your eyes open!

Where do you see SWS going in the future?

I can tell you one thing, and that is we will still be here. I don’t think many people know or realize that Sixwonsix IS the longest running skater owned company in ALL of rollerblading! That’s something that I’m extremely proud of, because I’ve seen so many companies come and go, but we’re still here. Maybe we’ve never been as big as other companies, but where are those guys today? We’re in this for the long haul, not to be the coolest, but to create products rollerbladers need. So, I continue to see SWS grow and break new ground for hardware and accessories. We’ve got a lot of capabilities in house now to make just about anything you can think of, so I definitely see some cool things coming out in the next couple of years.