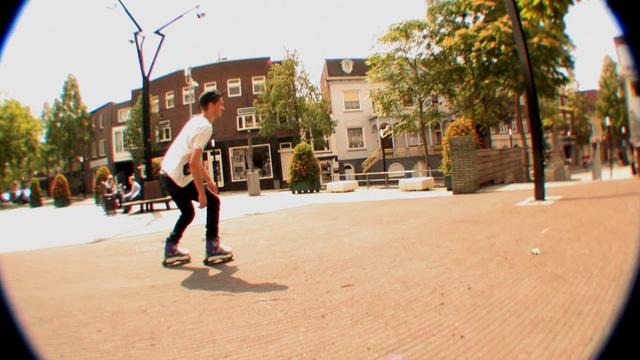 This also was Timmy’s first time of skating after his ankle injury. But now he’s getting back on track. Together with Jeroen he pulled out this nice edit. Both already have ideas for a replay.

Ballin’ out of control

Not so ballin’ anymore…

… but still out of control…