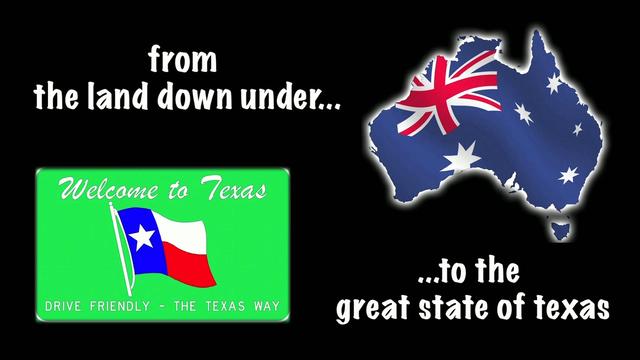 Interview and Images by: Dale Travers

Josh Glowicki – A photo shoot with Dale Travers from Be-Mag on Vimeo.

NAME, AGE, WHERE YOU LIVE?

My name is Josh Glowicki, I live in Mckinney, Texas, about 20 miles north of Dallas. I am 24 years old.  I have been on my blades since I was 10 years old.  I started off playing street hockey then and was introduced to the idea of sliding down rails by my older brother Jordan, and his group of friends, Jessie, John Barry and Quinn.  I feel very lucky to have started off skating with older dudes because right away my competitive side showed through. I had to keep up with the big boys in order to tag along.  I also was taught most of my skate park education from them.  It’s funny to think about it now, but when I first started skating, the older guys wouldn’t let me go to the skate park with them until I first knew how to skate street well.  Things are much different now.

WHAT HAVE YOU BEEN UP TO LATELY?

Lately, I have been working a whole lot, trying to save up for some of the events coming up!  I worked about 4 months straight, October – January,  7 days a week, only being off when it rains, just so I could save enough money to make sure I made it to Winterclash this year!  Being a part of Winterclash was just one of those things you HAVE to do in the industry.  There’s something magical about that comp!

So, now that I’m home, it’s back to going out, filming and blading whenever possible.  I’m grinding away at getting a video pushed out pretty soon.  But working all the time kinda pushed that back a little bit, but it’s ok.  Perfection takes time and that’s what this video is all about.

The video is called “Au”, if your not familiar with what it means, google it real quick. Just think about your ELEMENTary science classes…

Au features profiles of all your favorite Dallas rollerbladers including: Micah Simmang, Troy Maimone, Fritz Peitzner, Keaton Newsome, John Sullivan and remz newest rider, Brady Johnston.  It also has a nice guest list of all your favorite classic Dallas heads such as Chase Rushing, Brian Moore, and lots more of Texas’ Finest like Brian Freeman (B Free), Zach Guttweiler, Mason Richards, and Rob Zbranek   And if that’s not enough, there will be a special surprise from my friends living in San Francisco, Nico Sotomayor and Korey (Sneaky) Waikiki!

When I’m not skating or filming, I’m normally at home reading a good book, or watching something on the History Channel.  I have a profound interest in science and history that I peruse on the regular.  I’m really into ancient civilizations, Ancient Rome, Greece, Egypt.  I love archaeology, and when you incorporate science, it gets even better.

WHAT IS YOUR CURRENT SETUP, AND WHY?

My setup right now is the new Aragon 3 White SL boots.  Defiantly loving these skates!  The new Jug liner is super comfy!  And, actually, I just put a pair of Create Originals frames on last night. Pretty stoked on them.  I’ve always dug Billy ONeill’s blading!  I’ve never met him but he seems to be such a nice dude.  I remember Billy coming to my local park for an RFCC event like 5 or 6 years ago and he just destroyed this park!  And I mean destroyed! I’m talking crazy-ass disasters, darkside true fish brains and true top porns.  You know, that technical BIG SHIT,  just killing it with ease and so much style.  From that day on the guys I looked up to the most where Aragon and Billy.  Fortunately, not much has changed, Argaon and Billy continue to progress and help the sport so much!  Billy is skating better than ever, we all saw The Truth 2, (and if you haven’t yet, you need to get your mind correct and watch it already!). And Aragon constantly blows me away with some of the tricks he can do!  I can’t wait to see his new section in Brazillionaires’ new joint Game Theory!

WHAT’S SO GOOD ABOUT THE SCENE IN DALLAS?

Everything. Haha, but seriously…. everything!

The Dallas scene is so good because it is super diverse.  There are so many different types of skaters.  It’s crazy to think about it, but each and every person in Dallas has their own style that is uniquely their own!  For instance, when you see Fritz doing a trick, you know right away that “hey that’s Fritz Peitzner.” Same goes with Brady, Keaton, John, Micah, B-mo, Troy, etc… Dallas is also an amazing scene because we are perfectionists.  A trick has to be perfect in and out!  And when we go out skating, people aren’t afraid to let someone know that “hey that was sick, but you should do it again to make the clip.”

On top of that we’ve got spots.  We have so many sick, unique spots, from good down rails, to stair ledges to really cool creative spots! I love my city and my group of bladers and wouldn’t trade it for the world!

Also, we’ve got Brian Moore, the legend himself, still skating and producing edits like crazy!  I’m sure you’ve all seen “The City Never Sleeps” edit, or his most recent edit of the BitterColdShowDown. B-mo is also hard at work, on a video of his own due to be released in December of 2010 (keep an eye our for my section)!

WHAT ARE YOU PERSONALLY DOING ABOUT THE YOUNGER GENERATION OF SKATERS IN DALLAS?

I would like to think that I’m pretty involved with the younger generation of blading! We hold a Thursday Night Skate every week at different skate parks in our area.  Now lately I’ve been slacking on my TNS, but I will be back in the groove starting this week!  I have been fortunate enough to have been riding for Razors for close to 7 years now so I have acquired my fair share of blades in the past.  So what I do is every time I get a new pair of skates, I go up to the skate park and find someone to give my old skates too.  I always look for the kid who’s not necessarily the best, but who’s trying hard and might not have the best skates at the time.  That is probably one of the coolest things I’ve been able to do with rollerblading is share rollerblading with the younger generation.  And the look of their faces when I hand them a pair of my old Razors is a pretty amazing too.  Aside from that, I do the occasional teaching thing which is sometimes in the form of private lessons or sometimes just good old fashioned advice.