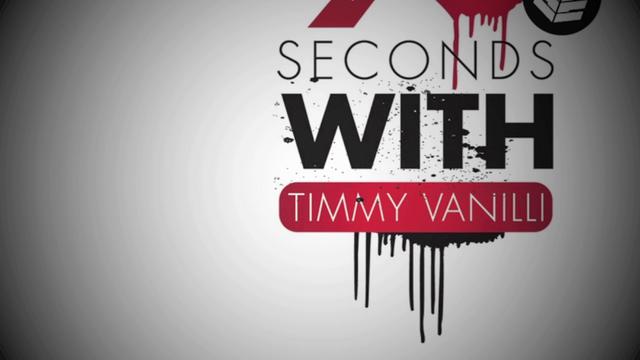 Up and comers: Timmy Van Rixtel

Since a couple of years I discovered a different side of Timmy, a much more interesting side. As he is helping me out with the Mind the Gap stops and went on tour with me a couple of times we have spent a lot of time together talking about other things next to rollerblading.

I found out that he is a a really sensitive and honest guy, maybe too honest sometimes, with Timmy it’s clear if he likes you or not, there is nothing in the middle. If you respect him he will respect you though. His honesty is something I really like about him.

You can also see this back in his skating when he is skating a big kink rail or drop rails, he is really dedicated to do the trick. For Timmy, skating is a way of life, it leads his life as you could have seen in his daily edits which he was dropping every single day for a month. I joined him a couple of those days and it was a lot fun, chilling and skating with him. In the car he was already talking about this edit so I’m really looking forward to see the final result….

Timmy van Rixtel up and comers from Be-Mag on Vimeo.

Name: Timmy Vanilli
Age: 24
Hometown: Helmond, 10 km from Eindhoven
Sponsors: Rollerblade
Favorite skate event: Definitely IMYTA Amsterdam
Current set-up: RB Fusion x3 with green soulplates, Blank liners, Kizer Slimlines Black and RB 72mm wheels
Best rolling edit you have seen in 2010 so far: Rollerblade SOLO Collective Tour Part 2
Good advice you’ve been given: Don’t do drugs!
Bad habit: Sneaker addict
Worst injury so far: Stitches in my shin pretty often
One thing you would spent one million dollar/ euro for: Chrysler 300c with Bentley grill and some white choco
One thing that makes you really angry: Waiting!
Reasons to smile: Money and pussy
Your favorite skater from back in the day: I don’t really have one, but when I have to choose it will be Randy Spizer
Skater of the year so far: David Sizemore, Jon Bolino or Montre Livingston