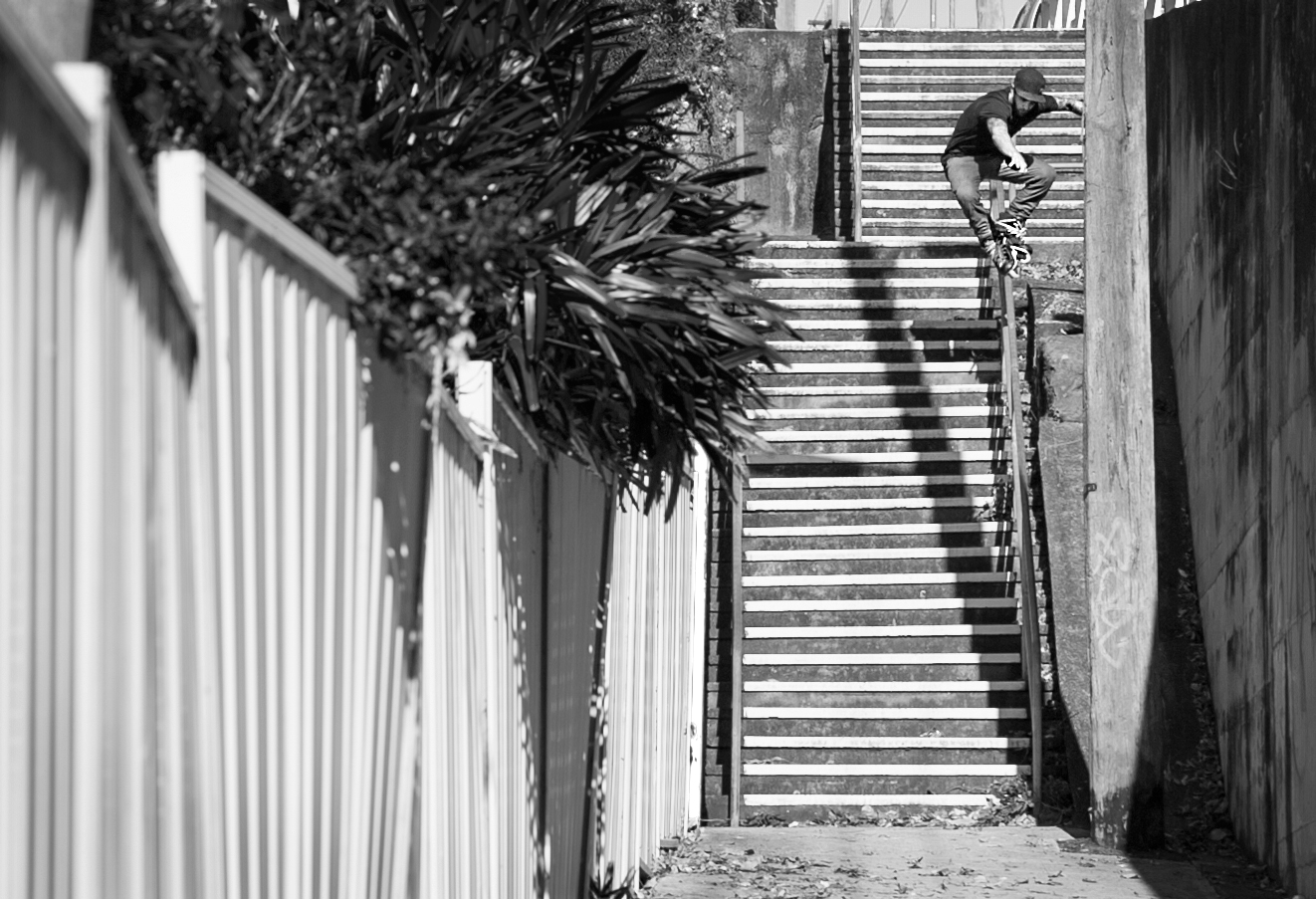 Back on the streets: Chris Haffey

Chris Haffey has been living in Australia for a while; today he is heading to China with Nitro Circus Live and next week he will be moving back to Southern California. Oh and he recently started street skating some more again. Enough reasons to ask for a quick update from the man himself.

“It has been quite some time since I released any footage of me skating street and the reality is I just haven’t been doing it that much over the last few years because I have been so busy touring. I think the last time I really went out to film a clip until recently was with Ivan Narez to snag one or the homie section in V. When I saw that Lonnie was filming the third installment of the feet series I knew I wanted to get a least a few clips for a cameo after being so heavily involved with the first two. I finally had a long enough break in touring to feel comfortable getting my street feet back under me and not have to worry too much about getting hurt before the next tour started. I have been living over in Australia and I knew Dom West was the man for the job if I wanted to get some proper filming done. He agreed to help me out (thanks again homie!) and we managed to get quite a few sessions in over the last few weeks. I feel like a few decent clips came out of it all, so we will see what made the cut in f33t! I am really looking forward to seeing that whole project as everyone involved are on top of their respective games (filming/editing side with Lonnie and blade side with Farm, Sizemore, Rob, Victor, and the Socal homes Jeremy, Obi, and Steven) and it seems like all them have been putting a massive effort into the project so its sure to be an instant favorite!

As I mentioned before I have been living in Australia for a while now, but tomorrow I head off to Macau for a weekend to do a pair of shows with Nitro Circus Live and from there will be relocating back to Southern California for a while. I have about 4 months until tour starts up again so I am really hoping to stay on the ball with street blading and get something filmed in that time. I can’t make any promises about what it will turn into (if anything), but I am optimistic that I will be able snag plenty of maneuvers so I guess we will see what happens! In the meantime if any of this is actually of any interest to you feel free to add me on the gram (@chrishaffey) and follow along in real time.” – Chris Haffey