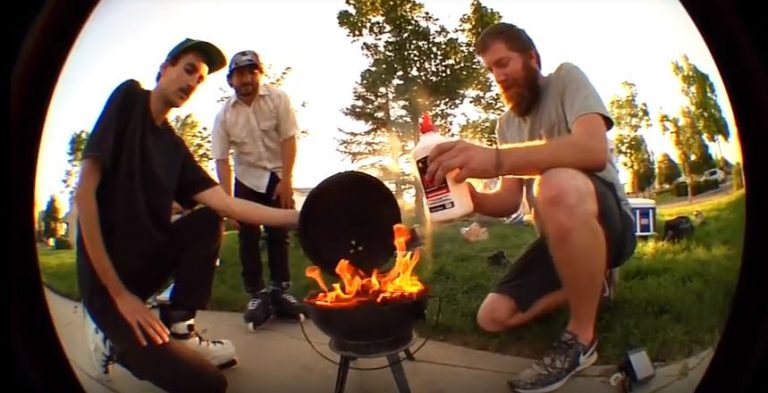 The Cheezy Feet crew knew it was going to be an extra cheezy summer but they had no idea just what was in store for us. After they finished “Grilled Cheez Deluxe” in early June, we decided it was time for some more of the Cheezy BBQ’s. For a couple of Sundays, they gathered all the coolest folks in Denver that have a pair of blades and all met up at a different skatepark to session, hang, and grill up some eats! Here is some of the action that Foogie and Coop managed to catch on film!