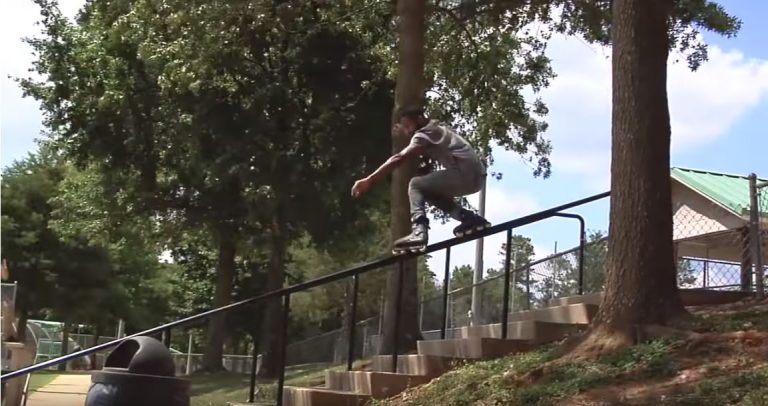 Daniel Henderson and Patrick Andersen worked on this edit for quite a while. It was always hard with his crazy work schedule and only having Fridays and Sundays off during most of the filming of this, but they made it work and Patrick writes that he couldn’t be happier with the result. There’s something really appealing about seasoned bladers skating bigger wheeled USD Aeons, the royales are actually almost sitdown royales, all the tricks look more solid and precise, as is the case with Henderson’s skating, even tho he does also skate Majestics in the section. Be-Mag’s Freddy gives it an A+ on the seasoned blader style scale.