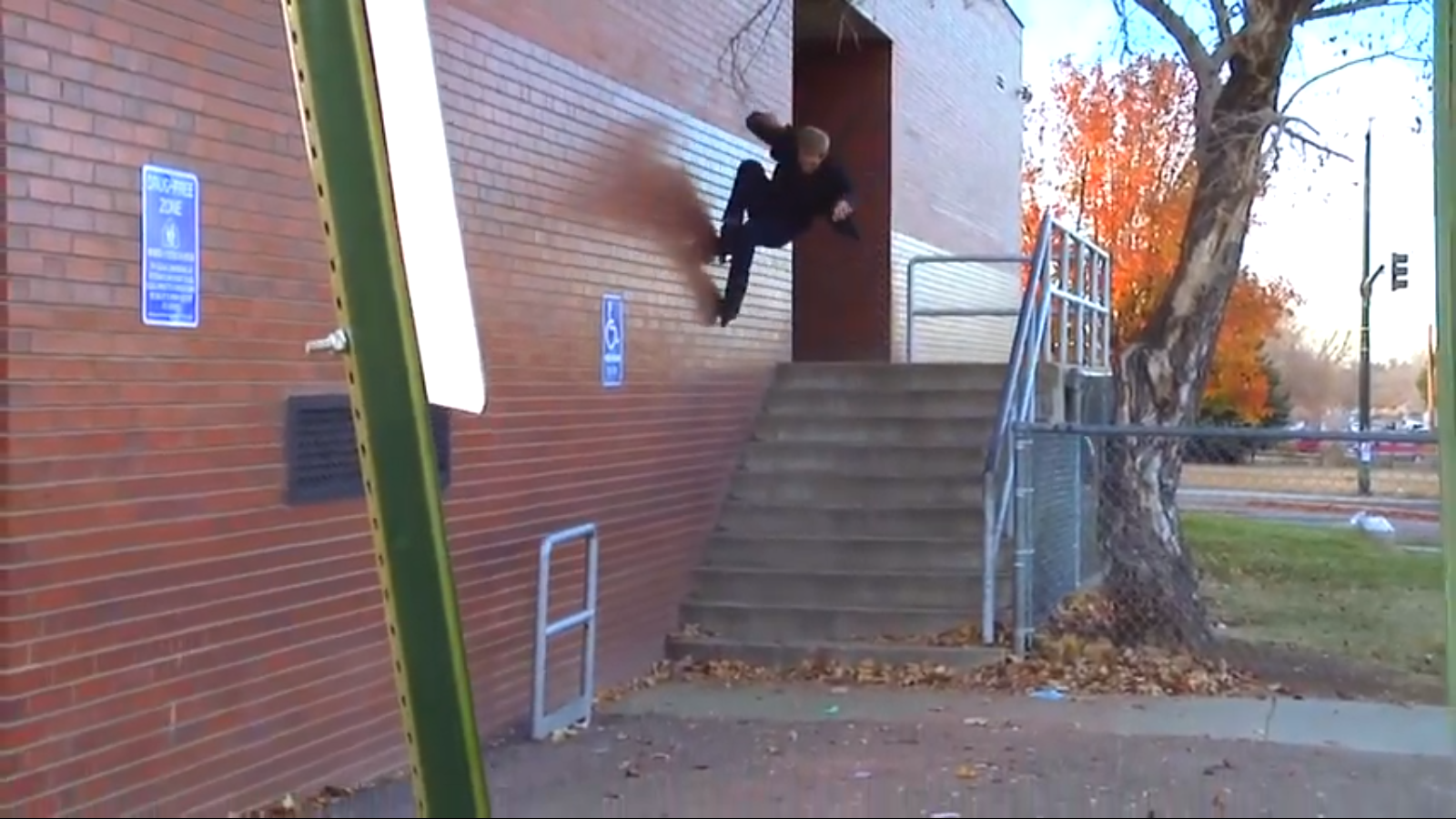 Geoff Phillip has dropped his much anticipated new profile titled Tripolar, which is an homage to some of blading’s most influential videos. By Geoff’s own admission he “blatantly ripped off” the concepts for Tripolar from: Mindgame’s Brain Fear Gone (2000) and Words (2003), both by Shane Coburn and Dustin Latimer, USD’s Coup De Tat (2000) by Joe Navran, What Do You Believe In? (2001) by Joe Navran and Arlo Eisenberg, Underestimated (2002) by Chris Majette, We Are Valo (2005) by Pet Lennen, KFC 3 Straightjackit (2004) by Adam Johnson and Drip Drop (2008) by Pat Lennen.

Although the concepts for Tripolar drew heavy influence from some of the most popular videos from the past, the skating in Geoff’s newest profile is quite exclusive to him and nothing short of mind blowing as well as ground breaking. With each new profile we see from GP, we see a noticeable level of progress which raises the bar for the whole blading community. His level of technical abilities ranks among some of the very best in the world and the spot selection that he chooses to create on, is very out of the norm. His unique thought process and abilities allow him to finesse the most unimageable tricks on some of the sketchiest underbars possible. Tripolar also shows Geoff further pushing the envelope with some innovative wallride cess slides that you will just have you to see for yourself to believe.