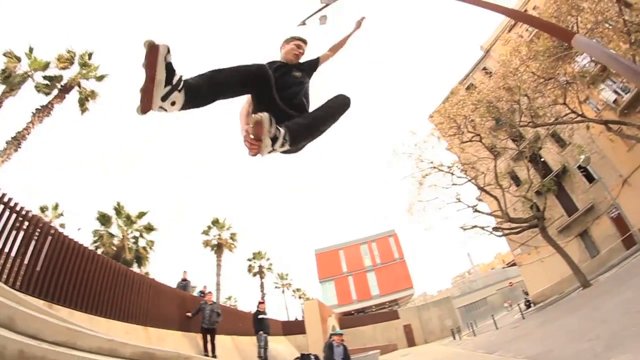 The Ground Control Team spent 7 days in Barcelona earlier this year. We initially planned to only shoot one production while there but as our rider count grew to 10+ people we quickly realized that was far too many people to get shit done in a place like Barcelona of all places. Therefore, we decided to shoot two productions instead of just one. Each morning, we split the riders into two groups and they each went out to shoot with two different film groups. It was quite the task but was pretty rad at the same time. Two different styles of filmers and always a different group of bladers to shred with and vibe off of was a cool experience for sure. The next day we alternated the groups. As many of you know or have seen, Jonas Hansson blessed us with his visionary talents for the first edit. We could not be more stoked on how it turned out. Who would have thought that the footage was only from 3-4 days of each rider? Although it was hectic at times, we made it happen and the TEAM came through! Shredding during the day(all 7 days that is) and living the Barcelona life at night. Great times were had and a big thanks to the GC crew and all that helped us along our week adventure. So now, check out the second installment of the GC Barcelona Tour, shot and edited by Bill “Rugged Man” Doyle! Good job boys’!