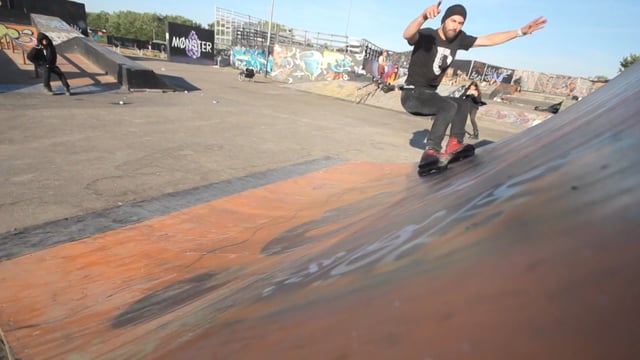 Hedonskate and Valo team rider Igor Jovanovic proves once again that no matter how long you have been blading, there is no excuse to stop, ever! During an eventful summer of traveling all over Europe, Igor managed to collect a whole bunch of clips in order to produce the follow up to his original cess slide edit: as a result, this second episode is even better than the first, so watch this one already!

“After the first cess slide edit, that was made of a bunch of clips that I have filmed through the years, I decided to make a new one. Everything in this edit has been filmed during 2015 at: Hall12 and Roskilde Festival Skatepark – Denmark, Skate Plaza and Monsterpark in Riga – Latvia, Hangaren Skatepark in Linköping and mostly at local Skatepark Zero One six in Eskilstuna – Sweden.” – Igor