Wieb in bowls! Inlineskating, rollerblading, blading, skating, skeeleren??? It’s frustrating if people still don’t know what I am trying to say…. As a last resort, I say rollerskating! (rolschaatsen). Many times the penny falls and they’re like: “Oh yeah, I know that!” Wiboud has to say rollerskating nowadays because he switched! Wieb switched the inlineskate frames under his skates with miniature skateboard trucks. I am worried because now it’s a small step to buying a penny board or even worse a longboard!!! I have known Wiboud for decades because of rollerblading and we traveled, partied and rolled everywhere and we still do even with his rollerskates. Yeah, Rollerskates… you can’t do fishbrains, topsouls or even soulgrinds with them! Why switch?! Then again there’s a lot of ladies into derby and there’s even a rollerskating group called “chicks in bowls”. It makes me wanna jump in that bowl, naked, with protection off course. All jokes aside, this is not the reason why Wiboud is rollerskating, it’s a new passion and he already produced a couple rollerskating edits in which he surprised me and almost persuaded me to give it a try. He has been working on a new edit and really hard too, night clips in the cold and with some serious camera work from the infamous videographer Cavin Beef. Check out the new rollerskating edit from one of my best friends, Wiboud a.k.a. Wieb=oud See you at next sesh and I wanna see some fishbrains or bring some chicks so we can get in the bowl with them. Cheers, d double O L E Y 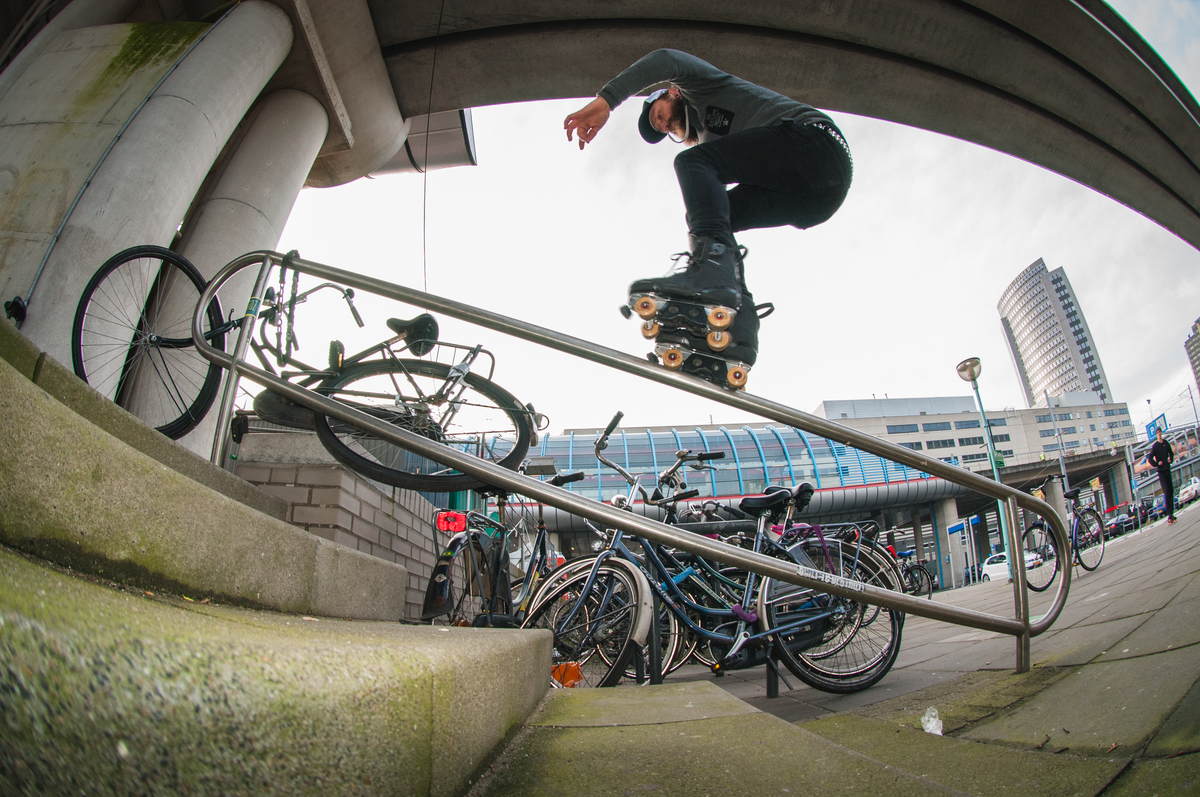 Hoi Wiboud. Why did you shave your dreadlocks but still ended up skating quads?
Ah, so thats the tone of this interview? ok, lets go!
Hi.
Well, surprisingly, these are 2 completely unrelated things, with about 14? years inbetween them…

Is it true that Adapt stole the vegan skate idea from you?
One day I met Pieter, and he was talking about his plans for Adapt (they only had some prototypes yet, covered in socks so you couldn’t see what they looked like) and I told him I would love to have a pair, but that I didnt use leather…
Pieter said he could make me a leather free pair, and when the “one” model came out we got to talking again, and he made me a vegan pair to test the materials. When the materials were holding up, he asked me if it was ok to sell them, and I said yes… so no…

Now on a more serious note. I know you have some obscure tattoos on your body (insert picture here) tell me how you tattoed a quote of a famous nebreska rollerblader on someone.
One day Tim Sloterdijk (timothy english) was tattooing me for 3 and a half hours, and he told me he wanted a rollerblading related tattoo by me… so we came up with the quote ” shifty royale, it’s a hard trick” wich I then drew a tattoo design for, and tattoed it on his leg.
I had never before or since tattoed anybody.

Why did you choose to ditch rollerblading when it’s almost dead and jump on the hype of quadskating?
I met my girlfriend 3 years ago, and she plays rollerderby. She had been to skateparks a couple of times, so we later decided to go together, and for fun I tried on her quads, and basically wanted a pair for myself. I really liked the idea of learning new tricks, and I wanted to try tricks with the toestops because I’ve never seen that before.

Would we be seeing you in some short jeans shredding through some bowls this summer?
Absolutely.

So tell me about your set up, what is custom made and why did you choose to skate the quads like this and not like Lino?
I have tried different setups, but all with Adapt boots, because I can not imagine myself on the low shoes or soft shoes that most rollerskaters are on, I think the lack of ankle support is holding “agressive” rollerskating down.
First of all I wanted toestops, so I went for a plate that has one. Then I wanted grind trucks, so I tried toto trucks on those plates, but they didn’t fit properly on them, wich resulted in the truck dislocating in the vert, and me out of the game for 2 months with a concussion.
Now I have suregrip avanti plates with cib trucks, wich is a perfect fit, and made slideblocks for that myself, but I am really looking forward to the new toto plates that have 60mm wide trucks and a toestop. 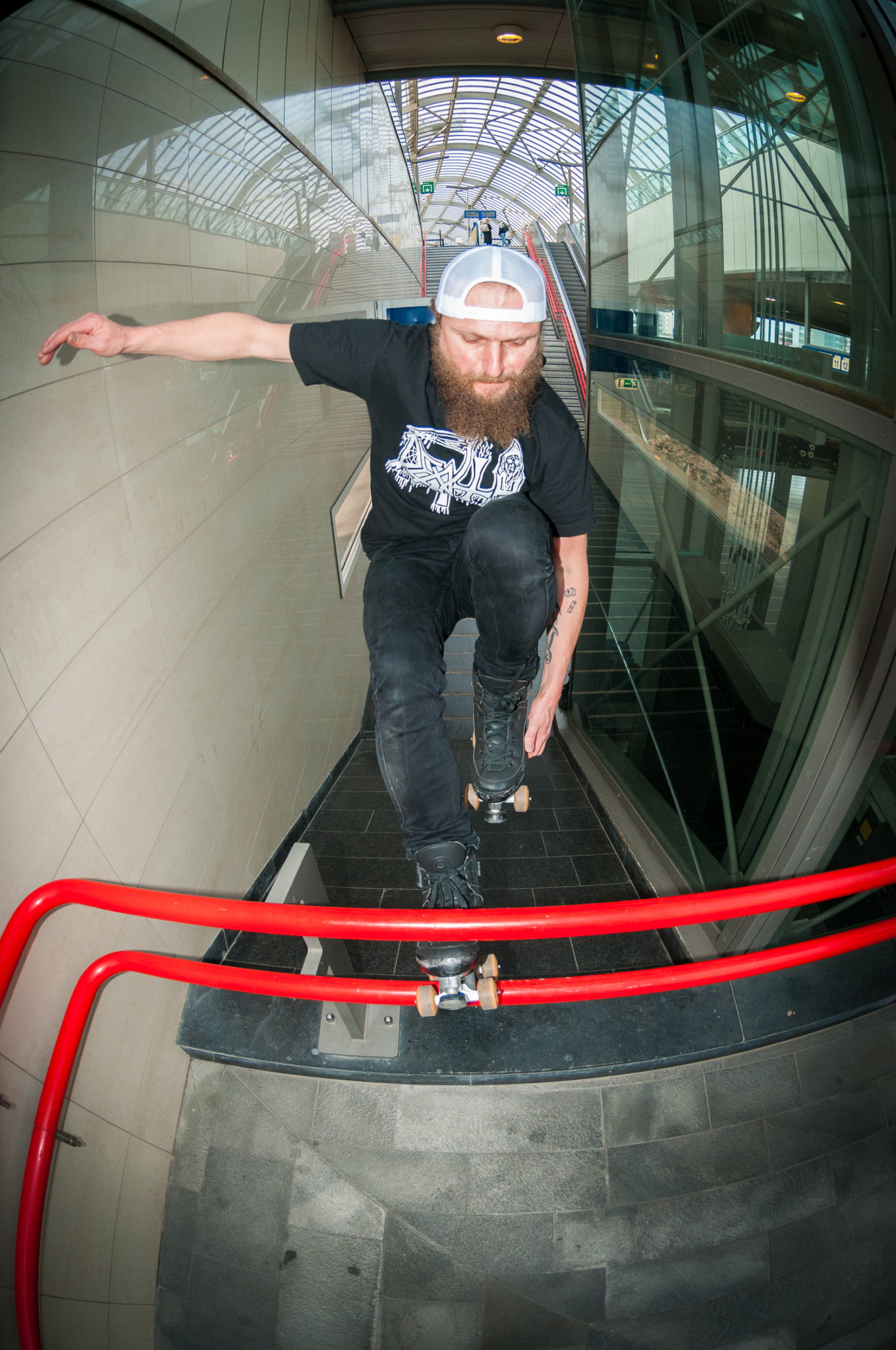 How different is this from the true rollerblading?
I would say very different, although there are a lot of obvious similarities.
The stride is very different, and grinding on the trucks is completely different than soul based tricks, there is no locking feeling, so that is scary at first. Also the H-block groove is not in the same place, because of the toestop.
And I chose to not have a backslide plate because I like rollerskates to look like rollerskates.

Can you do backflips?
Never tried, don’t see that in my future either…

You are pretty old, isn’t it time to get a normal life?
43 isn’t old i think, and what is normal? Is your life normal, dog boy?

I heard it through the grapevine this edit is only the start of your quad career, What can we expect from you in 2017?
Next I want to make a “transition” edit, mabe just miniramp, maybe a bit of vert.
and I just want to skate as much as I can…

Thank you for being super cereal. Any shout outs kutlul?
I hate shout outs because you always forget the most imporant people.
But i would like to thank Pieter for again making a custom boot for me, with again stuff that adapt normally doesnt do.

**cavin** Yeah i see you forgot the most important. No problem eey for making this edit hahaha​ 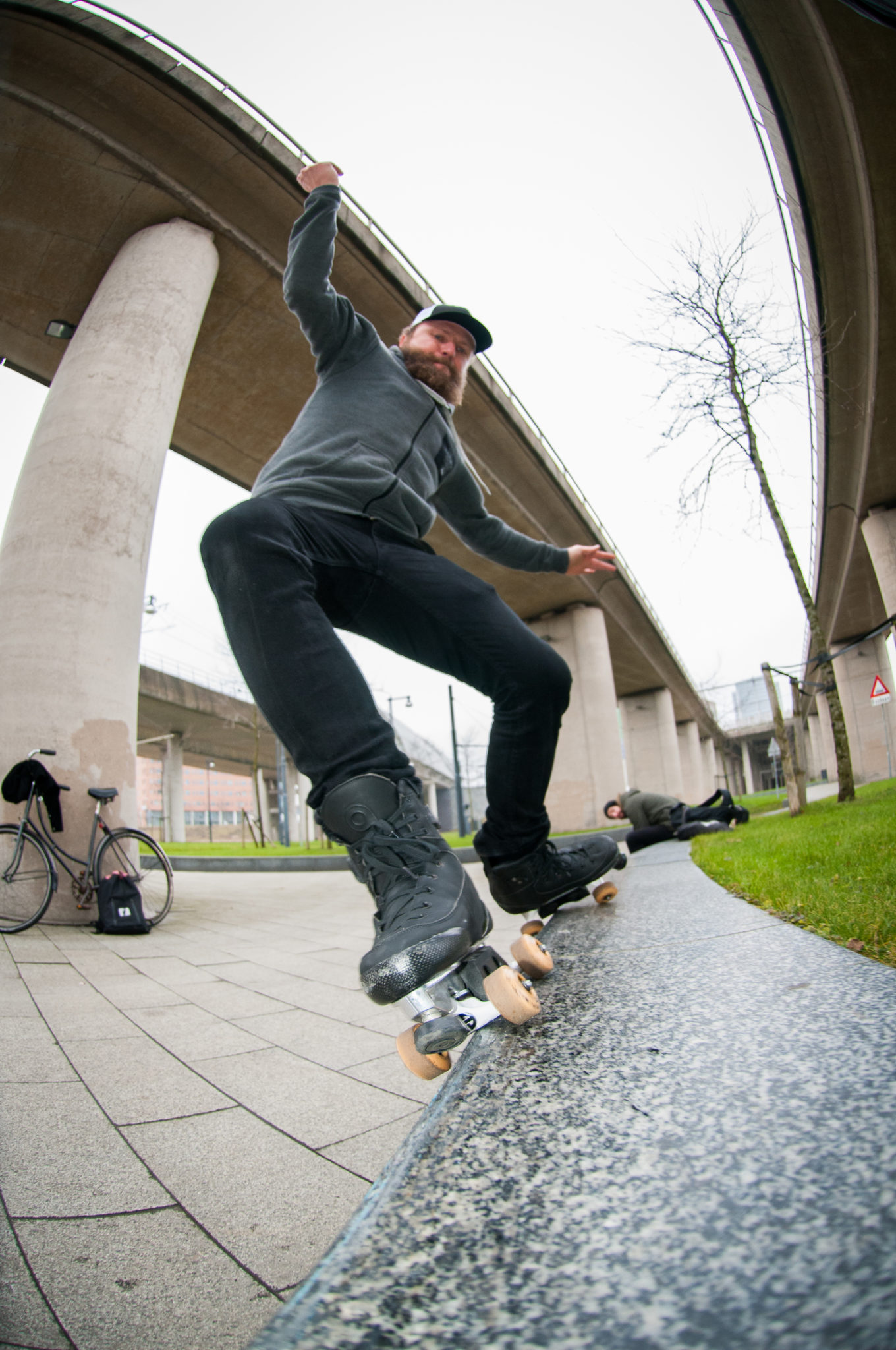 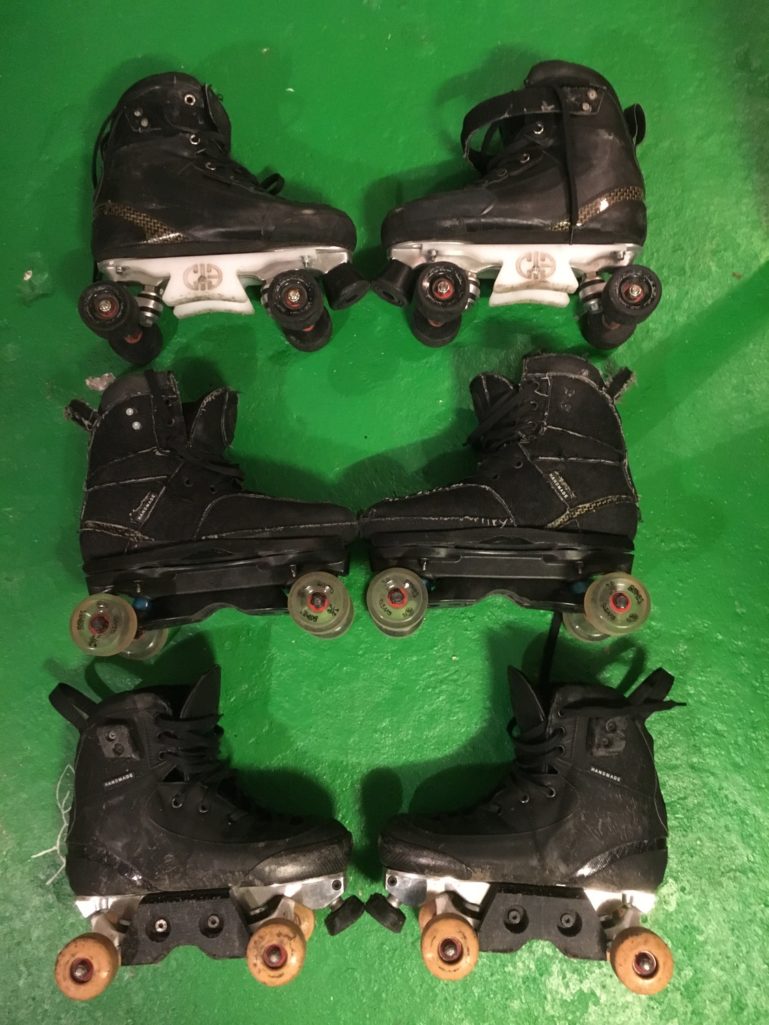