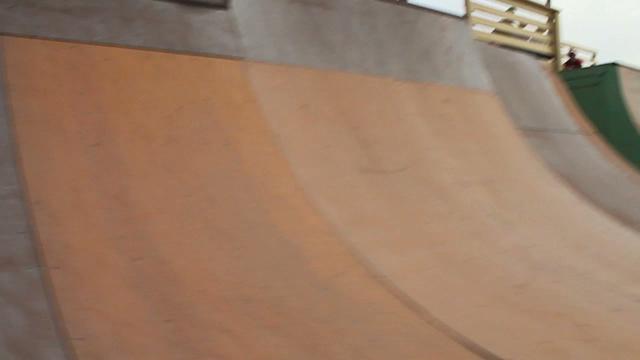 Nothing but good weather and good looking people around here in Miami. Hanging with Franky Morales in South Beach, sight of Ace ventura, Bad Boys, and many other southern Florida films, is good times guarantied. We hit that OG Cuban food spot (where I shot that pic of Frank chilling in front of it seconds after some random dude in the street gave him props just because he’s Franky..), I’m picky but I will remember this restaurant for next time! We then took a little stroll through South Beach to the legendary beach passing by spots where Franky was involved in various clips or TV shootings, and finally headed for Fritz’s skateshop. The store moved to a new location since last time I visited and I have to say it looks pretty damn official now! I was happy to hear from Tad who works there (he’s on that pic with us at the store) that the Haffey2.0s are doing pretty well out here.. Gotta look fly in Miami!

5pm and time to head to Piccolo skatepark. Hyped of course because it’s the home of Franky, but also because yesterday’s session wasn’t all that and we had to redeem ourselves. Unfortunately things didn’t go all that well. The park is huge, locals showed up in good number and it was fun for a minute, until Franky hurt himself. His knee got jammed going up-flat-down on some big box and the vibe was killed for the rest of us.

So we had to move on and take care of one more thing that I felt was necessary to really complete this Florida tour with the Yuckem: a heads up on what the man has been up to with his music. We’ve seen him handing out CDs all over the place and releasing tracks on the web, even appearing in some MTV clips gapping over a Lamborghini, but what is really up with all that? When I asked him the question I saw a spark in his eye and although everything is still in the works and unreleased he said “lez *** go to the *** studio *** and let me give you a *** tour of what the *** I been up to *** besides skating!”. Franky and his manager Hector have big plans to combine rap and blading, lot of shit in the works. Frank has ties with one of Miami’s best recording studio: ‘Studio Center’. That’s where he took us to introduce some of the people he works with and give us an exclusive tour throughout the studio with walls covered in Platinum and Gold Records awarded to them.. Hope you’ll enjoy today’s recap edit.

Leaving the studio it was about midnight, time start the traditional ender party. This one featured a mix of amazing cuban food, paddle boats, champagne, and leaking inflatable mattress rides in the middle of a florida lake at 3am…

Props to everyone we met and chilled with on this tour, all the organizers, park or shop managers and workers we met, all the bladers who showed up to skate with us, the moms who drove them around, also bigup Johny ‘cuz’, Hector ‘boss’, Roman ‘crackhead’, and Julian ‘bah’ for supporting. Bought to you by Franky ‘Yuckem’ Morales, Nick ‘Woodster’ Wood, and Kato ‘stinky cheese’ Mateu.

Next stop.. Europe in May with Franky, stay tuned to remz.com!