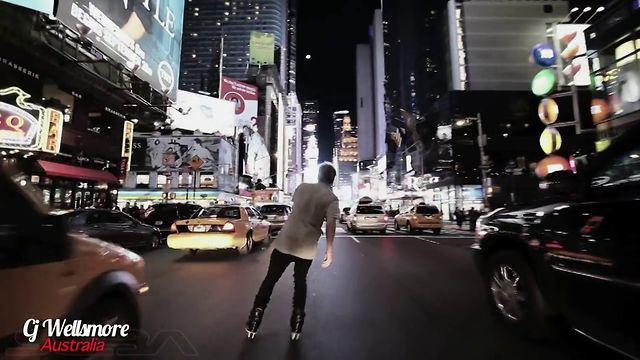 When and why did Seba Skates decide to work on an aggressive skate?

Since the beginning. Sebastien Laffargue (founder of Seba Skate Brand) had developed many prototypes and worked on accessories like frames and soulplates. He just never finished the job. When I arrived 3 years ago I picked up his activities and started the development of a soulplate for a FR skate with Sebastien. Then I continued to work on other projects, including street and now we’re here!

Why did Seba pick CJ as its first ‘aggressive’ skater?

Why not? We’ve been working on this project for a long time actually. CJ joined us halfway through. He was very enthusiastic and helped us a lot. Everything started when he made an edit with one of our skates that he was using as a skate teacher. Then we found out he shared our vision on skating. We figured that he would be the perfect guy to run our project! We let his skating style inspire us to create a skate which would suit him. Something solid and of good quality. It is quite logical that CJ finally gets a pro model skate, as he is one of the world’s best skaters. It was just the right time for him.

You’ve been working on the new skates and traveling with CJ for months. What was the best moment up till now and why?

It’s hard to pick a particular moment, as it were just crazy months! For me, strangely, the best memories are the moments without skates: Moscow, on the beach in Santa Monica, in the small Mexican bars, or even driving the car dangerously ! Haha…

CJ’s been skating prototypes at several contest. What are people’s reactions when they see the skates?

People are curious and they want to try them! But most of all they are happy that CJ is finally getting a pro model skate and that he’s back in the spotlight!

What will separate these new boots from other skates on the market?

I’m putting up my poker for this one! Haha! But seriously: I don’t want to compare them to other skates, all I can say is that it is they are comfortable, light and strong, a good skate!

When can we expect the final product to be released?

We are still working on the details. We’re trying to speed things up so we can have a skate ready to show at ISPO and Winterclash.

Are there any plans to enlarge the Seba skates aggressive team in the near future? If someone wants to skate for Seba what does he or she have to bring to the table?

The last couple of years we’ve already been supporting very good street skaters like Pierre Lelievre and Kevin Quintin, who are also excellent freeriders! In the future the team will grow. I am open to every suggestion, but what I’m really looking for is someone who has personality as well as a high level of skating and a very open mind. During my career in the street I could learn from others. Now I know who is able to become pro and who’s not.

To read more about Seba, CJ and see some pictures from his travels across the United States, take a look here.